On 12 May 1937, King George VI and his wife Queen Elizabeth were crowned King and Queen of English at Westminster Abbey. The date was that originally set for the coronation of his brother, Edward VIII, who relinquished the throne to marry Wallis Simpson in December 1936.

The new monarch faced a very different nation than the one his father greeted upon his coronation in 1910; George V had ruled for 26 years, and much had changed. There was no Delhi Durbar for George VI; rather, he and his queen visited North America and France to build strategic connections while the threat of war loomed. 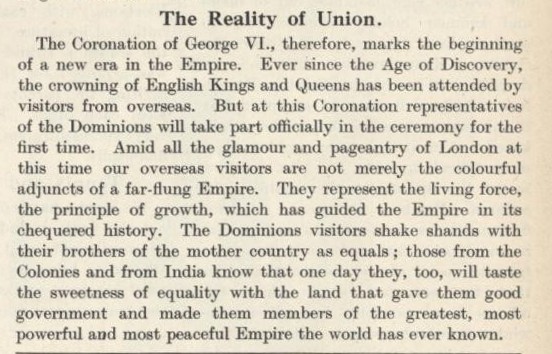 The May 1937 issue of The Torchbearer (the magazine of the Junior Imperial League: PUB 218) 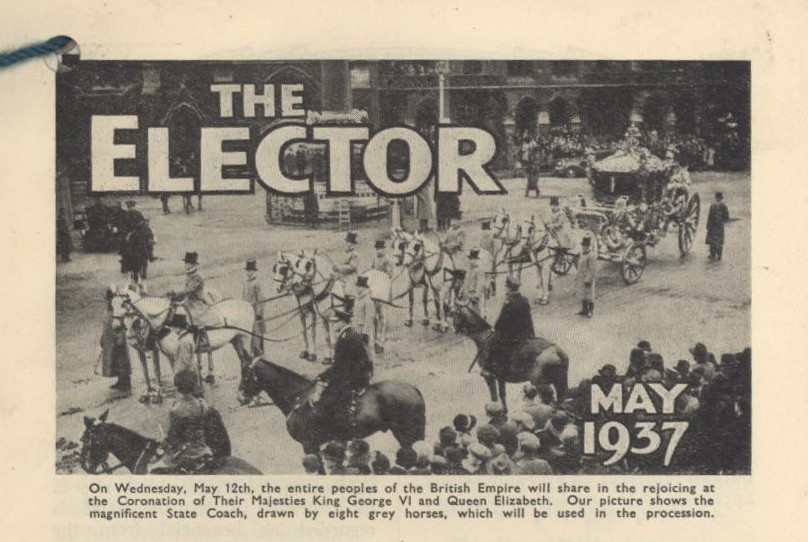 The coronation also made television history as the first time the BBC was able to provide live coverage of the event – the first official outside broadcast, viewed by 50,000. The BBC writes that it took ‘eight miles of television cable weighing several tons…the first television mobile control room, a van packed with equipment weighing more than ten tons’. An April 1937 Radio Times supplement details the broadcast arrangements for both the procession and the ceremony.

Media coverage proved a complete success, and George VI spoke to his people from the palace following the coronation: ‘Never before has a newly crowned king been able to talk to all his peoples in their own home on the day of his coronation. Never has the ceremony itself had so wide a significance, for the dominions are now free and equal partners with this ancient kingdom. And I felt this morning that the whole Empire was in very truth gathered within the walls of Westminster Abbey.’