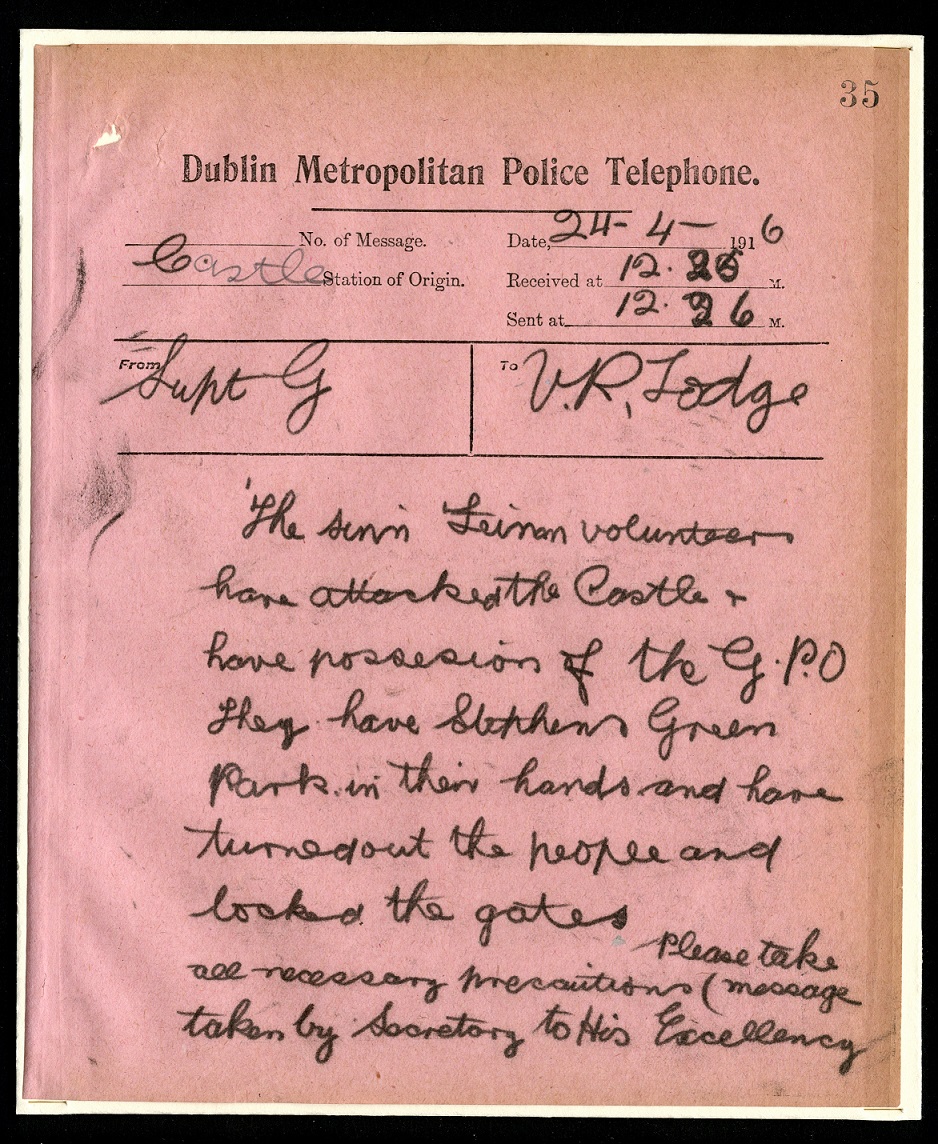 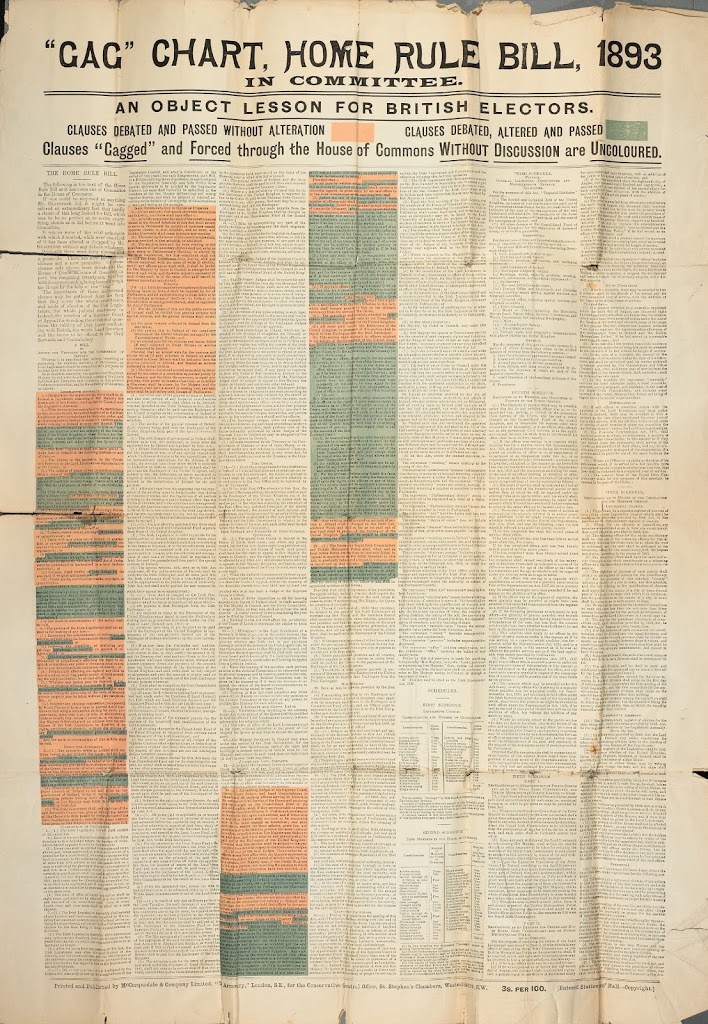 In 1893, Gladstone put his second Home Rule Bill to the House Commons. Although it narrowly passed in the Commons, it was defeated soundly by the Conservative majority in the House of Lords.

Gladstone had asked Parliament to grant Ireland Home Rule in 1886, but his attempt not only failed but sparked riots in Belfast and splits in the Liberal Party; it also cost Gladstone the Premiership. He regained power 1892 and quickly put forward the the 1893 Government of Ireland Bill. The controversial bill, drafted in secret, led to nationwide debates and even fist fights in Parliament.

Many Conservatives opposed the Bill and the concept of Home Rule. They sided with the Liberal Unionist Party, who broke away from the Liberals and Gladstone’s support of Home Rule, and the issue continued to divide the Party until (and even after) 1914. The 1894 Conservative Party Campaign Guide called Home Rule ‘the great question of contemporary politics’ (PUB 224/16). It went on to criticise Parnell and the leaders of the Home Rule movement, claiming that they had been ‘in friendly relations with the most atrocious criminals’. The guide laid out the Party’s foremost arguments against Home Rule in 1894, including issues of nationality and historical connection, and it discounted the popular arguments that Ireland could be similar to other independent colonies and that ruling would require ‘coercion’.

It is worth pointing out that the concept of Home Rule changed over time. Gladstone did not argue for total Irish independence; in fact, he insisted that any Home Rule scheme should not be inconsistent with Imperial unity. The 1893 bill allowed Irish representatives to Parliament, but it retained Parliament’s supremacy on Imperial issues (a particularly controversial issue in Parliament). When the Anglo-Irish Treaty was enacted following Ireland’s War of Independence, it allowed for an Irish Free State as a separate nation in the British Empire, and offered Northern Ireland the opportunity to withdraw from the Irish Free State – not quite what Gladstone had in mind.