This year, the world of web archiving  saw a premiere: not only were the biennial RESAW conference and the IIPC conference, established in 2016, held jointly for the first time, but they also formed part of a whole week of workshops, talks and public events around web archives – Web Archiving Week 2017 (or #WAWeek2017 for the social medially inclined).

After previous conferences Reykjavik (2016) and Arhus (RESAW 2015), the big 2017 event was held in London, 14-16 June 2017, organised jointly by the School of Advanced Studies of the University of London, the IIPC and the British Library.
The programme was packed full of an eclectic variety of presentations and discussions, with topics ranging from the theory and practice of curating web archive collections or capturing whole national web domains, via technical topics such as preservation strategies, software architecture and data management, to the development of methodologies and tools for using web archives based research and case studies of their application. 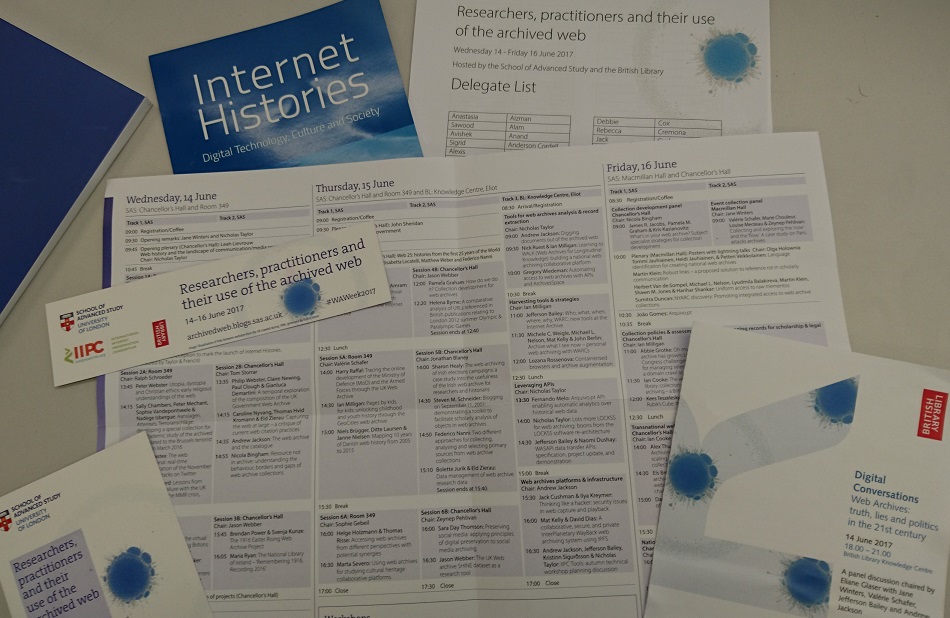 Even in digital times, who doesn’t like a conference pack? Of course, the full programme is also available online. (…but which version will be easier to archive?)