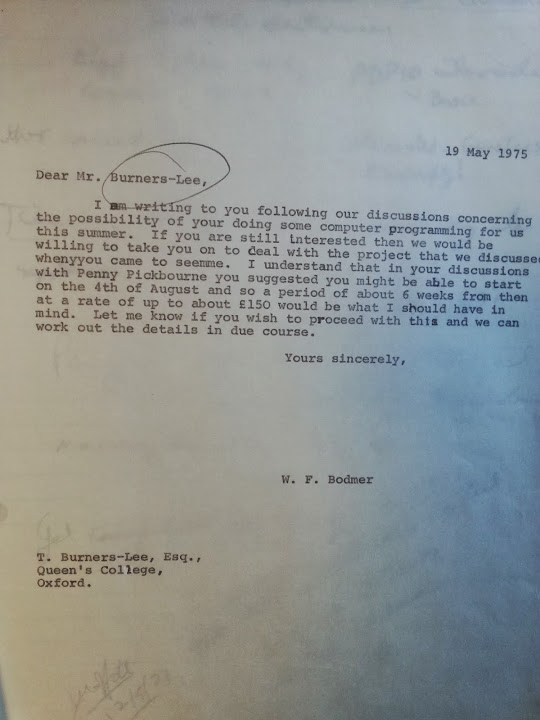 The Bodmer archive is a valuable modern science collection, not only for its importance in documenting the history of human genetics and scientific initiatives, but also for revealing changes in laboratory methodologies and practices.

One of my favourite finds relates to chromosome analysis carried out for work on human gene mapping using mouse somatic hybrids of human-mouse cells and human leukocytes, undertaken by Walter Bodmer and the his then PhD student immunologist Marcus Nabholz. Nabholz worked and collaborated as a graduate student in Walter’s lab at Stanford University, and also later at the Genetics Laboratory in Oxford. The images below illustrate chromosome analysis, which involved taking a print of chromosomes in dividing cells, cutting them all out individually and arranging them crudely by size and shape. This work contributed to a joint publication that  appeared in 1969 edition of the jounal Nature entitled ‘Genetic Analysis with Human-Mouse Somatic Cell Hybrids’. 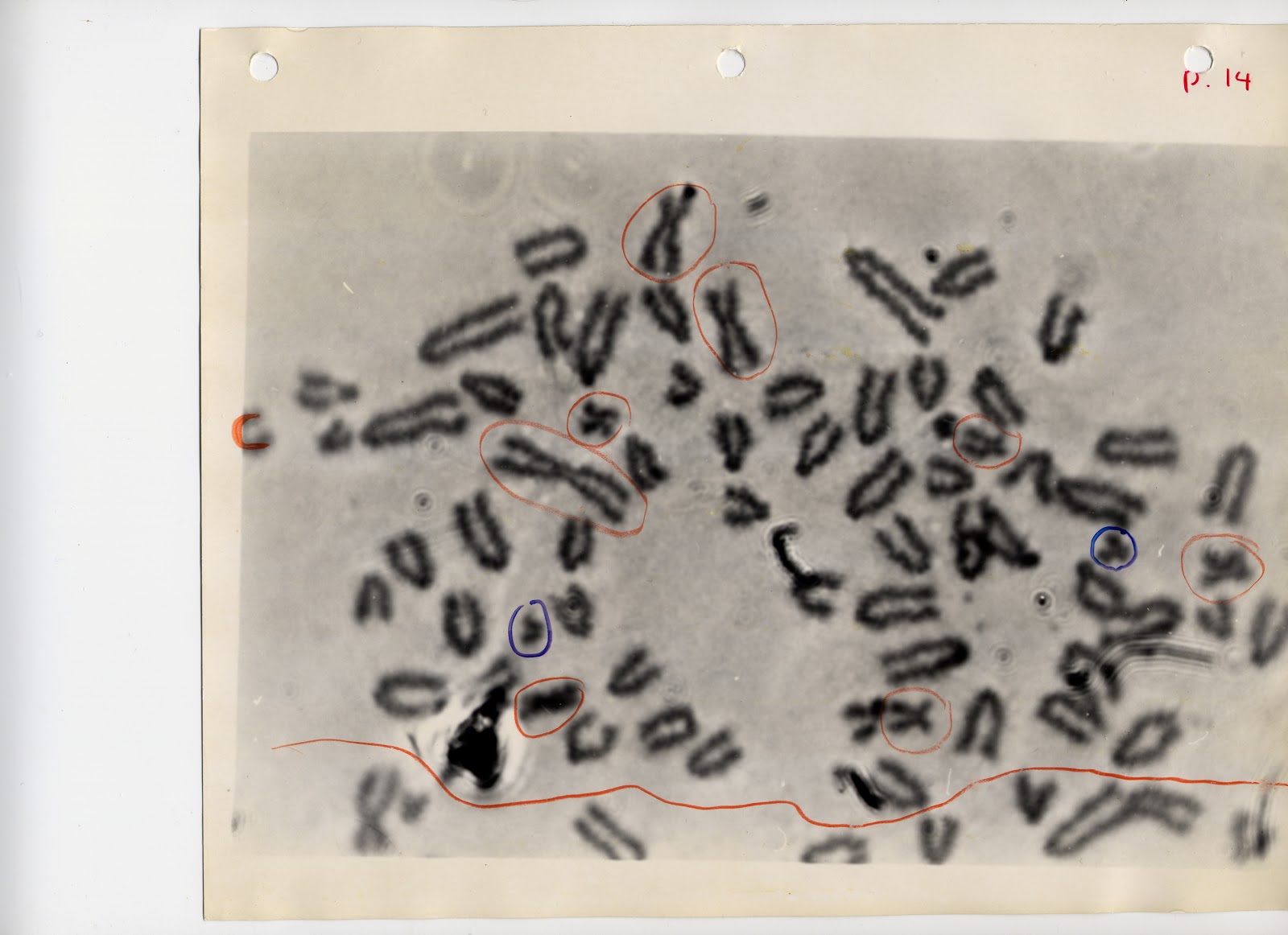 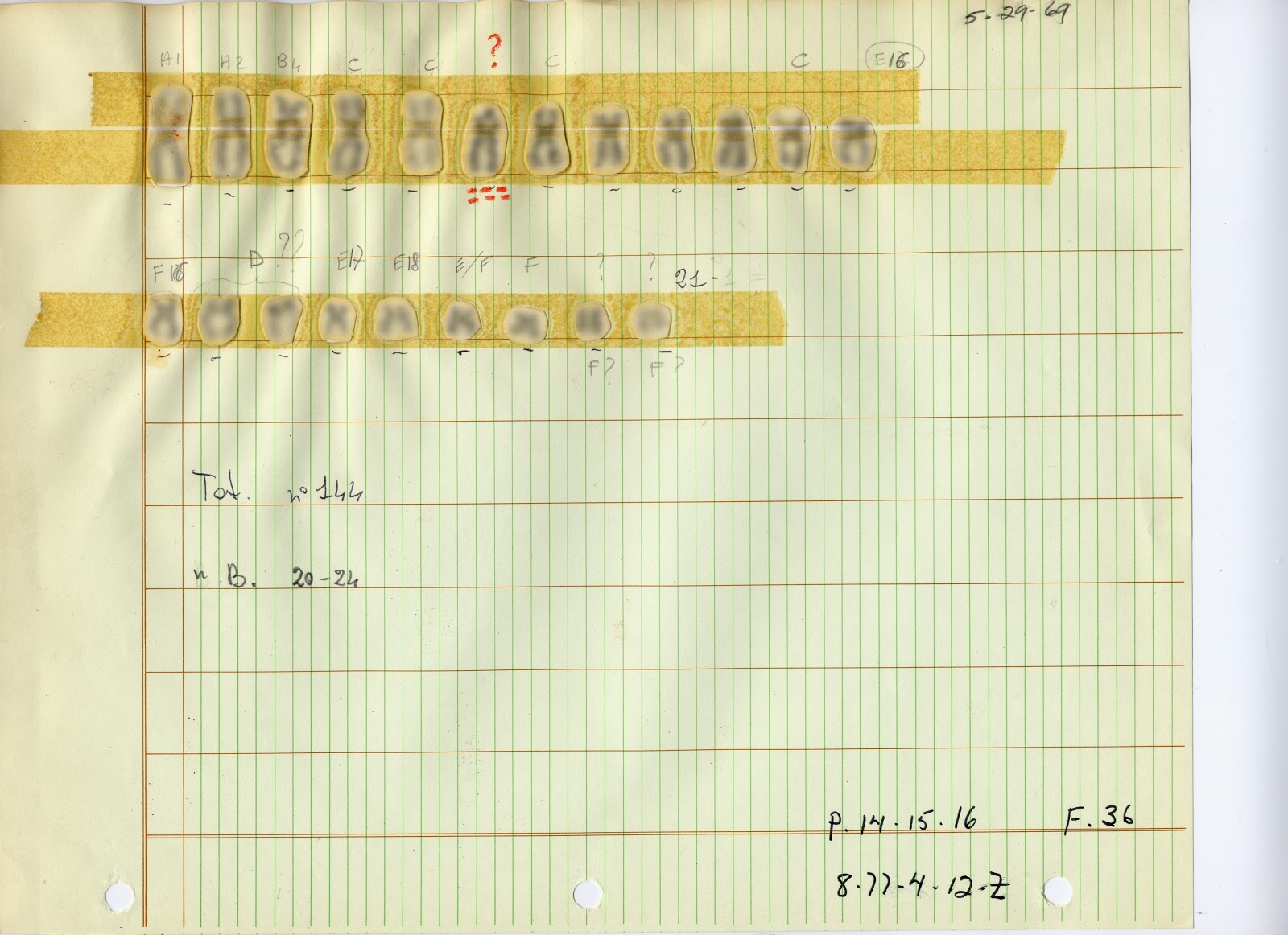 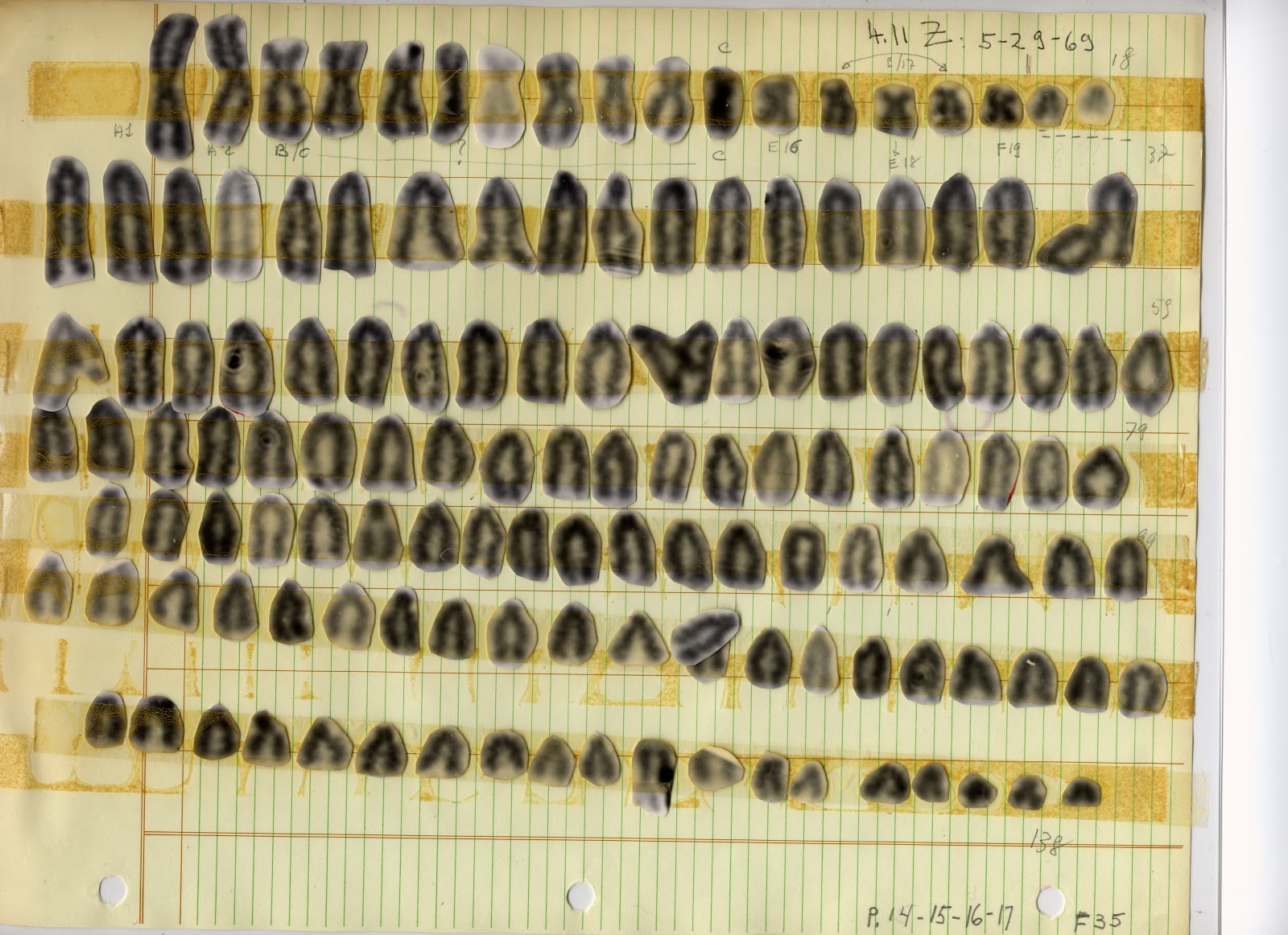 This chromosome technique may appear as quite primitive laboratory practice, and such relatively crude miscroscopic images of chromosomes would not end up on paper now. The Bodmer collection perfectly illustrates how technological changes over the last 50 years have fed into scientific research, from the techniques illustrated above, to the latest cutting-edge computer analysis, which is now integral to scientific research. 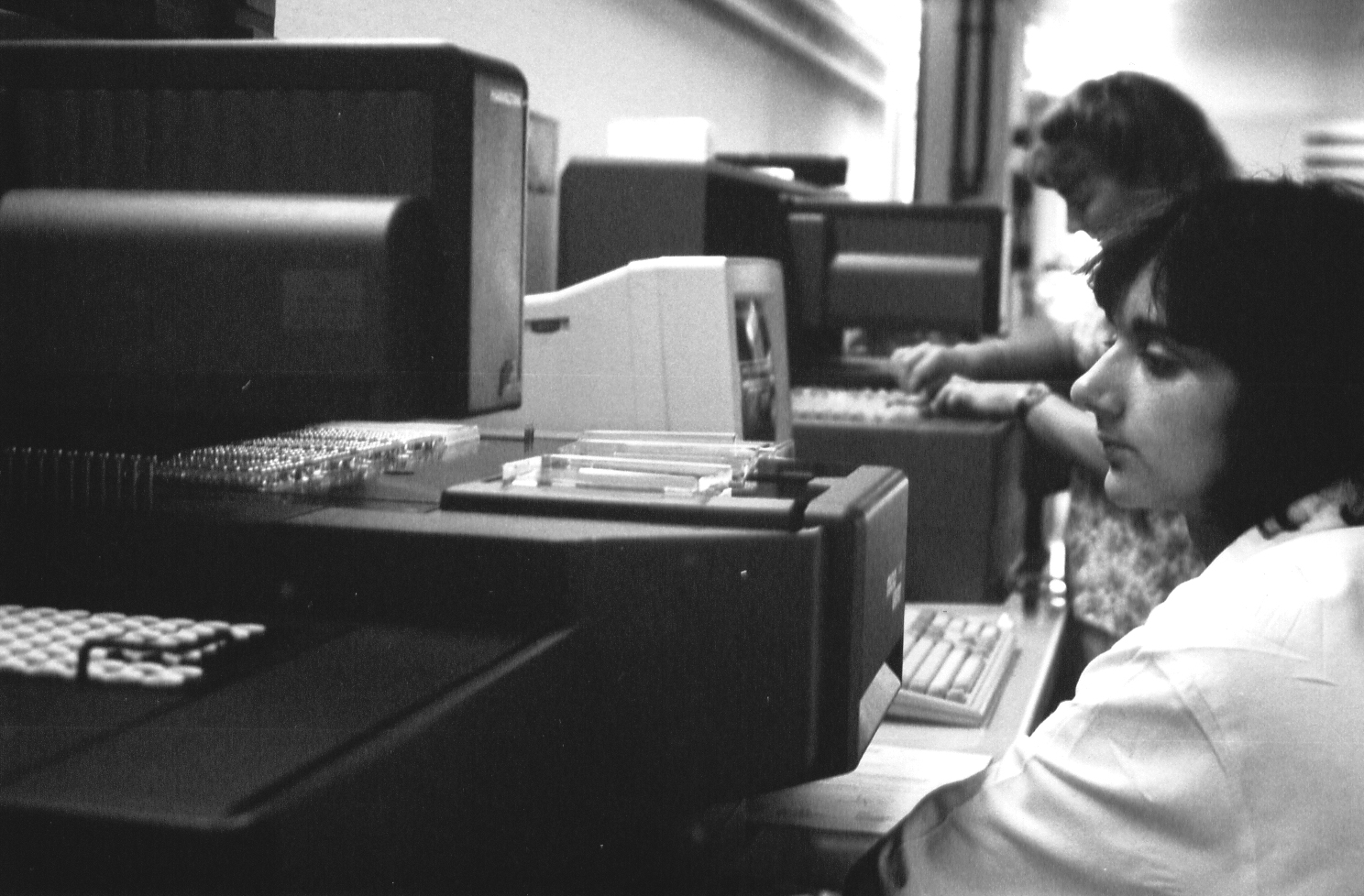 The archive contains a considerable amount of material that will enable researchers to trace the development and application of information systems and software technologies in science laboratories.

From the earlier period of the Bodmers research when laboratories entered the electronic world, computers became especially important for geneticists. Julia Bodmer in particular -with her abilities in handling and analysing large datasets- embraced the application of computers to population genetics at an early stage at Stanford University, where computing facilities were better than most. Although a novelty in science and medical research at this time, they were mostly used for data crunching in the earlier period, yet computers would play a vital function in the interpretation of serological data. Julia in fact created a computer program that facilitated the identification of the first two genes of the HLA genetic system. 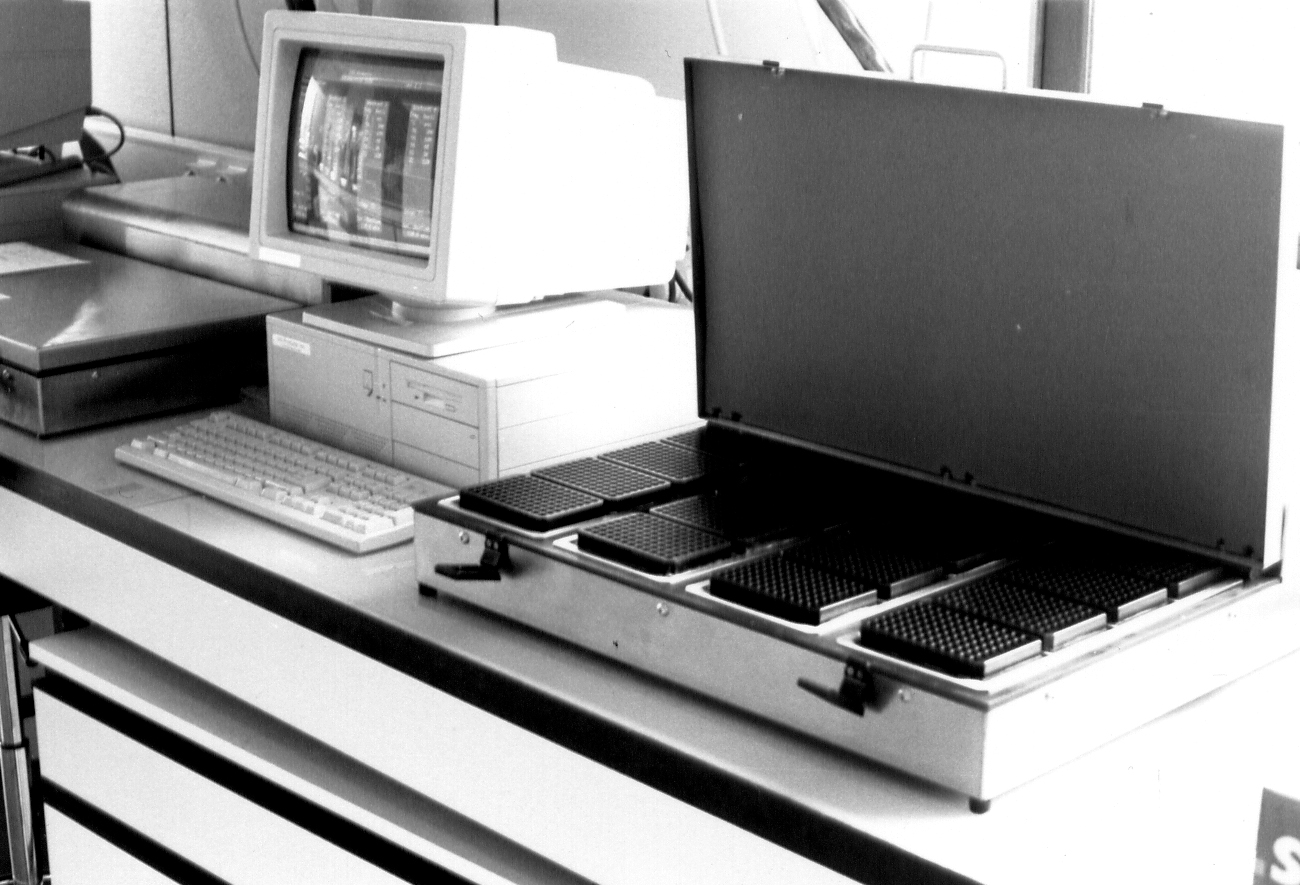 As traditional laboratory notebooks are increasingly eliminated in favour of electronic notebooks, which are often erased or deleted after publication output, the preservation of paper-based research notebooks and scientific data found in the Bodmer collection (a hybrid paper and digital collection) will be an important resource for documenting the history of genetics. 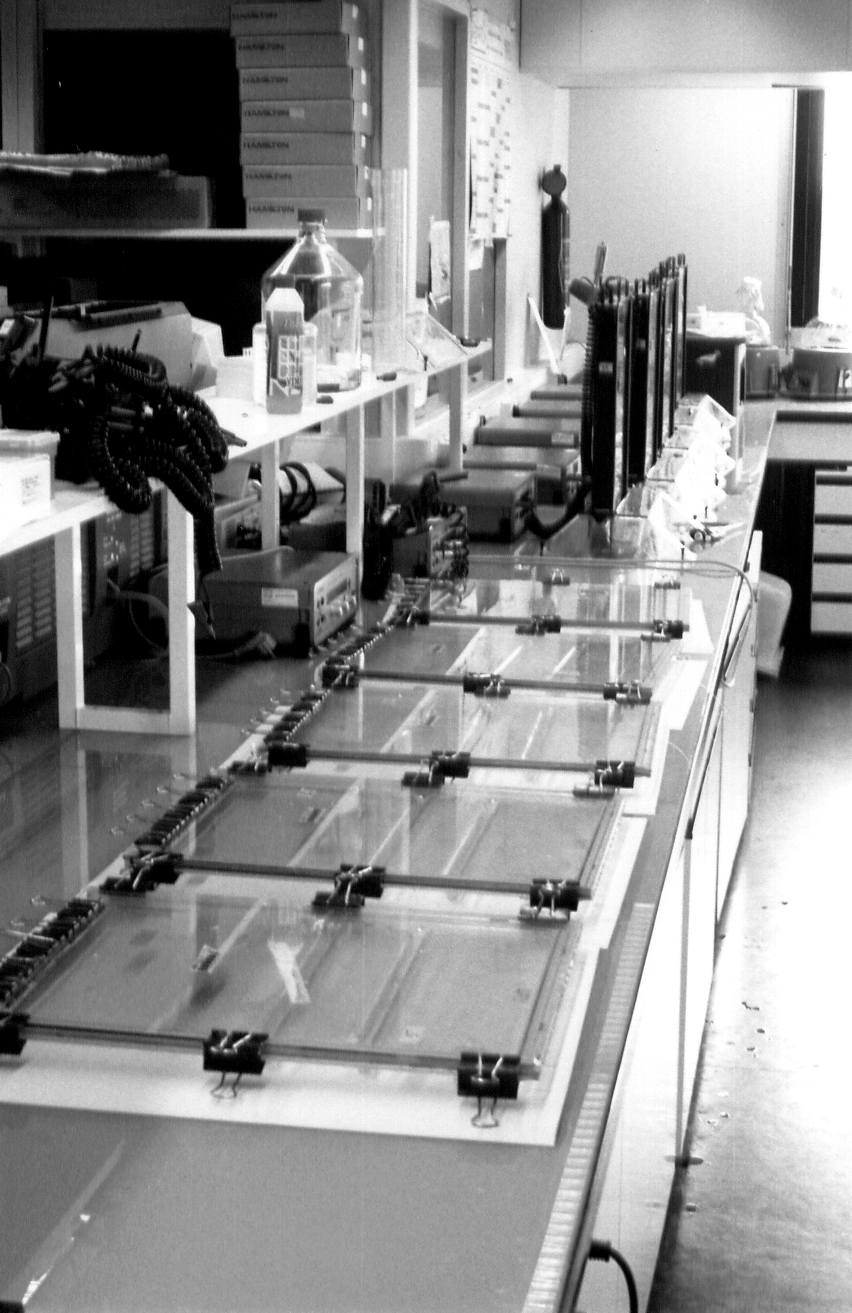 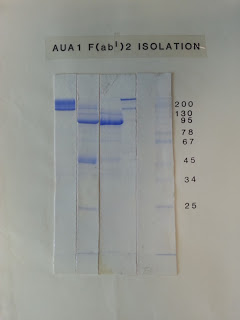 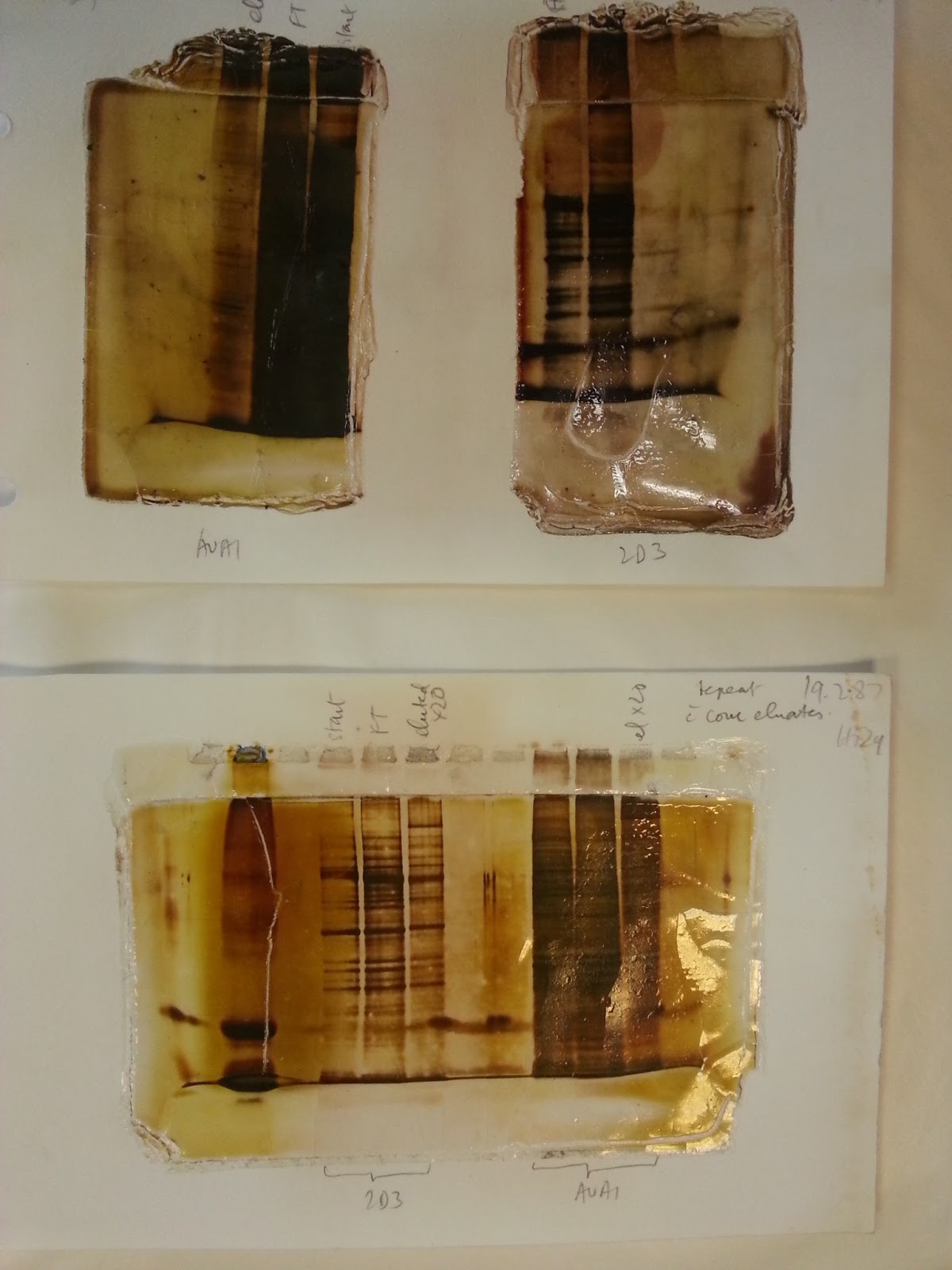 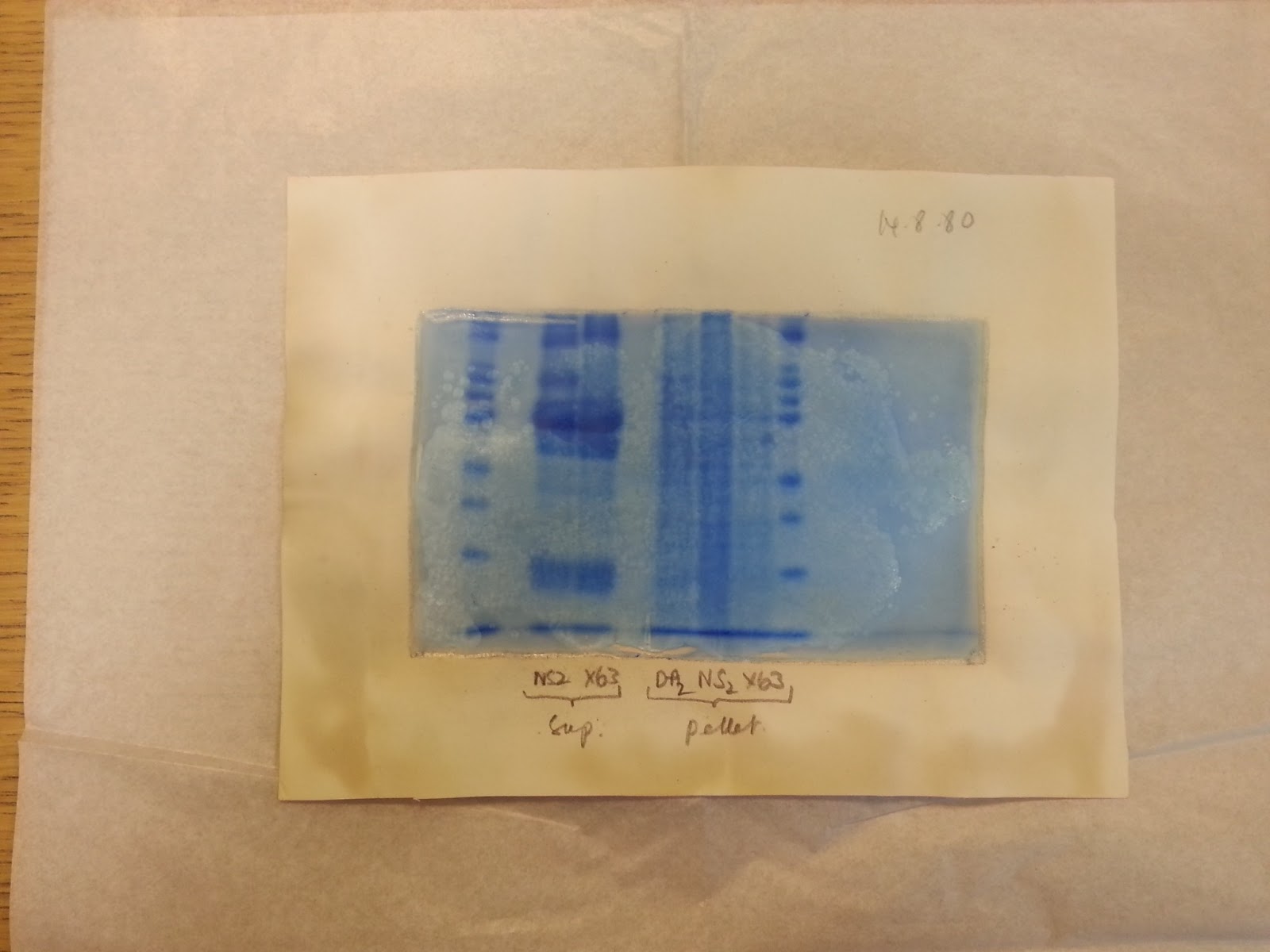 Cataloguing of the Bodmer archive has been underway for around six months now, and it has been fascinating to learn about the sheer scope of Sir Walter’s career. There have been many dimensions to his work, and importantly, national science policy and science education has clearly been a real concern for the geneticist. In 1985, Bodmer chaired a Royal Society committee that sought to uncover public attitudes towards science. Included in the archive are papers relating to the Public Understanding of Science (PUS) and the Committee on the Public Understanding of Science (COPUS), groups set up by the Royal Society. It has been argued that the PUS movement (more recently Public Engagement with Science and Technology) developed as a consequence of the Royal Society’s influential 1985 publication The Public Understanding of Science. Written by Walter Bodmer, it is also commonly known as the Bodmer Report. The purpose of the Report was to recommend initiatives for government, schools, universities and media amongst others (including scientists themselves) to work together in order to promote a scientifically literate population. The Report can be read here.

The Report also aimed to encourage a better relationship between scientists and the public, and in particular, that scientists communicate more effectively to their audiences. One of many issues addressed was the public image of scientists. A decade earlier, the New Scientist conducted a nationwide survey in an effort to monitor the public’s attitude to and awareness of science and scientists. According to the Bodmer Report, the outcome of the New Scientist survey “was a mixed bag, with scientists seeing scientists as typically approachable, sociable, open, unconventional, socially responsible, and popular with broad interests, while non-scientists saw scientists as typically the opposite”. Similar attitudes prevailed in later surveys carried out by various groups that submitted their findings to the Royal Society, as illustrated below.

The papers of Sir Walter and Lady Julia Bodmer reveal this apparently common public perception of scientists could not be further from the case, and the personalities that come across in the archive are a far cry from the stereotypical scientist ‘who cannot be identified with the man on the street’. The papers (including many photographs) reveal a couple that were not just hard-working and committed to their careers and family, but also relaxed, sociable and popular.

After Lady Bodmer passed away in 2001, an obituary recalled ‘her strength, her humour, her infectious enthusiasm [and] her dedication to science’. A former colleague remarked, ‘I like to recollect Julia in her apartment at the top of the ICRF when Walter was playing piano and we were just having a friendly talk’. Music and the performing arts appear to have played an important part in the Bodmer’s lives. For instance, the collection includes papers concerning Sir Walter’s time as a Trustee and Chairman of the Board of Directors at the Laban Centre for Movement and Dance (now Trinity Laban). In fact, Sir Walter’s connection with Laban originated with his mother Sylvia Bodmer (1902-1989), who gained a reputation as one of the most distinguished exponents of modern dance and movement. Having danced as one of Rudolf von Laban’s pupils in Germany during the 1920s, she continued with her career in dance, choreography and teaching after moving to England.

One of the quirkier parts of the collection I have come across recently perfectly captures the Bodmer’s sense of fun and love of music. The images highlighted here are an example of several songs and sonnets that were buried in a box of material relating to an International Histocompatibility Workshop. Written in Julia’s hand, the songs were intended for post-conference entertainment, possibly the event hosted by the Bodmers in Oxford, 1977.

I never fully appreciated quite what to expect with a scientific archive, apart from the more predictable research and teaching related papers, and it has been fun uncovering some real gems in the collection. The archive stretches well beyond the laboratory and the world of science and genetics, offering a window into the lives of two prolific geneticists who enjoyed a broad range of interests and pastimes.