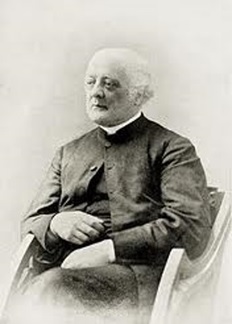 One of the latest collections to be added to Bodleian Archives & Manuscripts as part of the ongoing Music retroconversion project is the Tenbury Collection. Built up during the course of the 19th century by the English organist, composer and clergyman Sir Frederick Ouseley (1825-1889), it became one of the most important music collections in private hands.

Sir Frederick Arthur Gore Ouseley was born into an upper-class family, the son of the diplomat and orientalist Sir Gore Ouseley (1770-1844), and numbered among his godparents the Dukes of Wellington and York. He was a notable musical child prodigy, reputedly playing duets with Mendelssohn at the age of six and composing an opera aged only eight. (His later compositions (mostly anthems and service settings) are worthy and well-crafted, but generally considered to be uninspired.)

Frederick inherited his father’s baronetcy in 1844, while he was still a student at Oxford, and he graduated from Christ Church in 1846. He was ordained in 1850 and served for a while as a curate in the Anglo-Catholic parish of St Barnabas, Pimlico in London. He later became Precentor of Hereford Cathedral, a post he held concurrently with that of Heather Professor of Music at Oxford, during which time he did much to reform the Music examinations.

As a musician as well as a cleric, Ouseley was greatly concerned by the low standards to which church music (particularly music in cathedrals) had sunk by the mid-19th century. He used his considerable private means to set about building the parish church of St Michael and All Angels on the outskirts of the small market town of Tenbury Wells in Worcestershire, close to the borders with Shropshire and Herefordshire. This mini cathedral was to function as the chapel for St Michael’s College which Ouseley founded as a choir school for boys next door. Here, for well over a century, daily, fully choral services were sung as ‘a model for the choral service of the church in these realms’, right up to the closure of the College in 1985. John Stainer (1840-1901) was appointed by Ouseley as the College’s first organist at the age of only 16 and generations of church musicians subsequently received their training at Tenbury, including George Robertson Sinclair, Christopher Robinson and the composer Jonathan Harvey.

Ouseley was also a collector, pursuing interests in early music theory as well as music for the church. He started collecting seriously around 1850 and is known to have purchased antiquarian books and scores on an extended visit to the Continent in 1851. He bought from dealers and was also given many items by friends and fellow musicians, as well as inheriting some music from his father. The resulting collection is much wider in scope than one might expect, given his principal sphere of activity.

Ouseley’s collection became the college library at Tenbury and, after his death, it was looked after by eminent librarians, notably E.H. Fellowes (many of the sources for his numerous editions of Elizabethan music came from the Tenbury library) and Harold Watkins Shaw, famous for his ubiquitous edition of Handel’s Messiah, based on one of the highlights of Ouseley’s collection—Handel’s own conducting score of his most famous work, used at the work’s première in Dublin in 1742 and all subsequent performances during his lifetime. 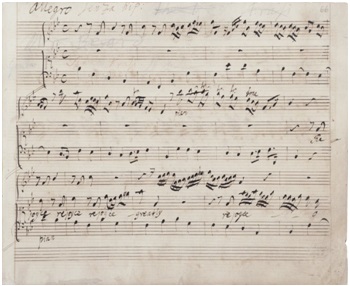 As one would expect, the collection is rich in sacred music, both English and continental, and includes many important manuscript part-books dating from Tudor times. Among these are several sets which formerly belonged to the Norfolk Catholic gentleman and amateur musician, Edward Paston (1550-1630). A number of the Tenbury manuscripts were recently digitized for DIAMM (the Digital Image Archive of Medieval Manuscripts) as part of the AHRC-funded Tudor Part Books Project. 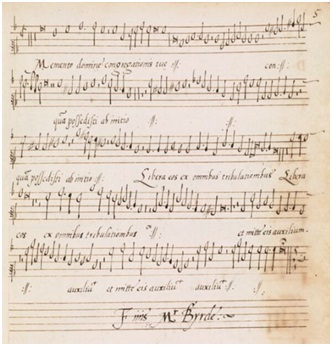 Another important source for Tudor and Restoration church music is the so-called ‘Batten Organ Book’ which has enabled several pieces, which otherwise exist only in incomplete sources, to be reconstructed. 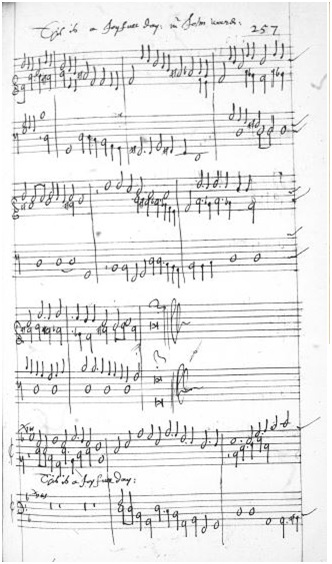 The Tenbury collection also contains unique sources for some of the church music by Johann Pachelbel (1653-1706), known to most people only from his all-pervasive Canon but clearly a composer of some extremely attractive vocal music, demonstrated in a recent recording by the Oxford-based group Charivari Agréable with the King’s Singers. Thought at one time to be the composer’s autographs, it is now considered more likely that most of the pieces are in the hand of his son, Karl Theodor, who emigrated to America in the early 1730s, one of the first European musicians to take up residence in the colonies. 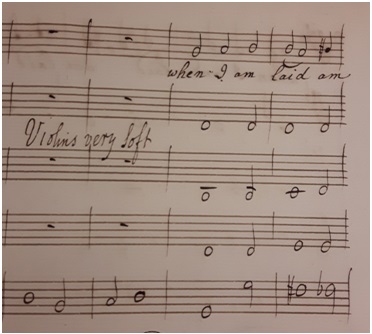 More surprising, perhaps, is the presence of numerous volumes of 18th– and 19th-century Italian opera and a variety of instrumental music, including a manuscript of Beethoven’s Seventh Symphony, corrected in the margins by the composer himself.

In addition to approximately 1,500 volumes of manuscripts, the Tenbury library also included many thousands of printed books and music scores, ranging from incunables to octavo editions of Victorian anthems, the latter often inscribed to Ouseley by their composers. Of particular note are a number of rare musical treatises, including two 15th-century books by the theorist Gaffurius (1451-1522)—his Theoricum opus musice discipline (Naples, 1480) and Practica musice (Milan, 1496)—and Praetorius’ famous Syntagma musicum (Wittenberg & Wolfenbüttel, 1614-1620), one volume of which belonged to Johann Ernst Bach and another to Telemann. A project to catalogue the printed collection took place in 1990s and this can be searched in the Bodleian’s main online catalogue SOLO.

The College kept going for nearly 130 years but, in 1985, it finally succumbed to the demographic pressures which made a tiny, specialist school in the middle of nowhere unsustainable in the modern world. For a recording of the final Choral Evensong from St Michael’s (13 July 1985), click here.

Owing to an accidental conflict between Ouseley’s will and the terms of the Trust deed made when he endowed the College, the subsequent fate of the Library was something of a compromise. Most of the manuscripts, which had been deposited in Oxford for safe-keeping since the 1970s, passed directly into the Bodleian’s ownership and the Library was then permitted to buy, at a valuation, items selected from the printed collections. A fundraising campaign followed which happily allowed the Bodleian to acquire all the printed books and music scores of which it did not already have a copy.

A catalogue of the Tenbury manuscripts, made by E.H. Fellowes, was published in Paris in 1935, with later supplements by Watkins Shaw. These form the basis of the online catalogue in Bodleian Archives & Manuscripts. Music scholarship has, of course, moved on a good deal in the last 85 years so, within the constraints of Project resources, every effort has been made to incorporate as many updates as possible to the information in the old catalogues; further amendments can be made as time goes by.

The addition of the Tenbury collection the online catalogue is a major milestone in the project to make the music manuscript catalogues accessible online. As Music Curator, I am most grateful to our funders and the Project team for making this possible. The Tenbury catalogue can be accessed at https://archives.bodleian.ox.ac.uk/repositories/2/resources/4976. 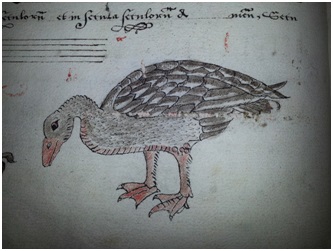 One of the many illustrations in ‘The Braikenridge Manuscript’. MS. Tenbury 1486, fol. 3v.