Arturo and Ilsa Barea’s archive and library have been kept in a terrace house near Finsbury Park for the past 40 years. Their niece Uli Rushby-Smith inherited this large collection in the 1970s and has taken upon herself the daunting task of looking after the estate and ensuring that the Bareas’ legacies are kept alive by promoting several new editions of their work. It was through Arturo Barea’s biographer Michael Eaude that I came into contact with Uli, the terrace house, the papers and the books in 2011. I was interested in writing a PhD thesis on Arturo Barea and having access to the archive was a wonderful oportunity. Aside from researching for my thesis ‘A Spaniard in Hertfordshire: The Intellectual Exile of Arturo Barea’, I catalogued the papers and, in the process, became personally involved in this wonderful story. When I first arrived, about twenty boxes of articles, letters, drafts, newspaper cuttings and scrapbooks belonging to Arturo and Ilsa, and several walls covered with the books of five generations (from Ilsa’s parents to her great nieces) were awaiting me. The results of the organizing and cataloguing can now be enjoyed by users for the Weston Library, the new home of Arturo and Ilsa Barea’s papers.

Photographs in the archive, photo by Sonia Boué

The Bareas started their exile homeless, but also paperless and bookless. They managed to bring over a case with personal and family documents and some photographs from their previous life in Spain. But that’s about it. For the most part, this archive is an exile’s archive: written in exile, built in exile, read in exile and kept in exile until today.

I have to confess that my weekly visits to the archive, working in the nostalgic living room furnished with Biedermeier cabinets, with walls full of books and magazines, blue china and netsuke that belonged to Ilsa, overlooked by the solemn presence of Barea’s grandfather clock, are still my favourite part of the research. Each letter or photograph has a story behind it and more often than not, Uli has filled in the blanks with her memories of Arturo and Ilsa.

Arturo Barea (Badajoz 1897 – Faringdon, Oxfordshire 1957) was a Spanish writer, literary critic and broadcaster. A socialist and active member of the UGT (the Socialist trade union) during the Spanish Civil War, Barea was the head of the Press Department of the Republican Foreign Office in Madrid, dealing with foreign press correspondents such as Ernest Hemingway or John Dos Passos. During this time, he met and married his second wife, the Austrian socialist Ilsa Barea (née Ilse Pollak), his life-long companion, collaborator and translator. 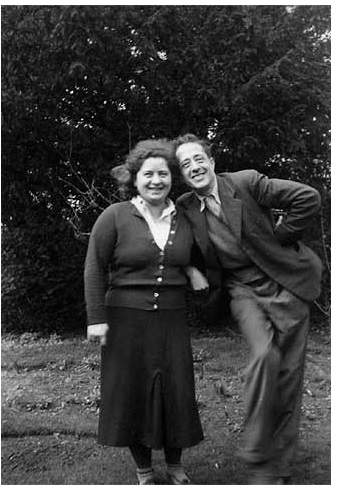 Ilsa & Arturo in their garden

In 1938 Barea and Ilsa left Spain for France and then England, where they arrived in March 1939. It was during his early years in exile that Barea became a well-known contributor of articles and short stories to Horizon, Time and Tide, the New Statesman, the Times Literary Supplement and Tribune, aside from contributing the essay ‘Struggle for the Spanish Soul’ to Orwell’s wartime series Searchlight Books. He was also a regular broadcaster for the BBC Latin American Service under the penname ‘Juan de Castilla’. Barea is the author of the autobiographical trilogy The Forging of a Rebel, which was first published in English by Faber&Faber (1941-1946) and edited by T.S Eliot. The trilogy was an immediate international success and was translated into nine languages during the forties. The Spanish edition came out in Argentina in 1951 and it was only published in Spain in 1977 after Francisco Franco’s death. Barea never returned to Spain and became a British national in 1948.

Ilsa Barea (1902-1973), née Pollak, was a socialist political activist, journalist and translator. Born in Vienna into a liberal family, Ilsa was politically active early on, particularly in the areas of propaganda and education. She was a member of the Austrian Communist Party initially then later the Austrian Social Democratic Party. In 1936, she was employed by the Press Department of the Republican Foreign office in Madrid. During this period of the Spanish Civil War, she met Arturo Barea. They were both working as censors at their headquarters in the Telefonica (the title of her serialised novel published in the Austrian Arbeiter-Zeitung in 1949). After the death of her first husband, Leopold Kulcsar,  in January 1938, Ilsa married Arturo and together they fled Spain.

While in exile, Ilsa continued supporting the Spanish Republican struggle by publishing articles in Time and Tide, New Statesman, Times Literary Supplement, and Tribune. In August 1939 she joined the BBC Monitoring Service in Evesham, translating broadcasts from German and Spanish alongside Ernest Gombrich, George Weidenfeld, Martin Esslin and Anatol Goldberg. She was an exceptionally gifted linguist. Later her work focused on evaluating foreign writers, translating many of them for English and American publishing houses. She also broadcast for the BBC on a number of subjects. 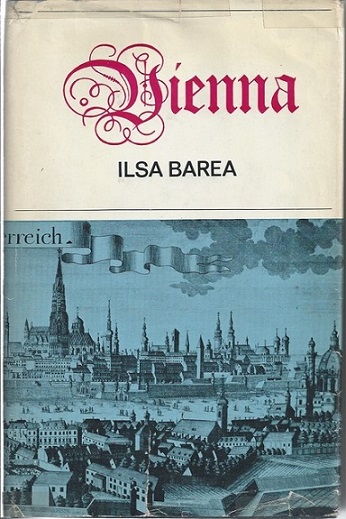 Ilsa was a close collaborator of Arturo’s, influencing his work in many ways. Her most important contribution was the translation of his trilogy The Forging of a Rebel into English, praised for its quality in many reviews. The legacy of her father, Valentin Pollak, a well-known Viennese teacher and educationalist, was carried on in Ilsa’s work as a teacher herself and interpreter for Labour Parties and Unions across Europe. She became a British national in 1948, but after Arturo’s death in 1957, she returned to Vienna regularly, spending the last years of her life there. She is the author of Vienna: Legend and Reality (1966), a social and cultural history of the city.

Arturo and Ilsa shared a life of letters until his death in 1957; he wrote; she wrote and translated what he had written in Spanish into English. Snooping around the couple’s papers I can imagine them in their cottage in Eaton Hastings, working at their shared desk piled with papers threatening to tip over while listening to the radio in the background and having endless discussions about politics in several languages as they shared the house with a mixture of family members and friends from different places. It is precisely this mixture of languages and intellectual traditions which has a very strong presence in the archive and the library.

It is overall surprising to find a comparatively small proportion of material in Spanish – letters and documents in English, German, French, Danish and even Swedish open a window onto an important period of European history. The archive is an important repository of Spanish culture in exile, but also of Austrian culture and, even more importantly, of the internationalism that permeated the anti-fascist struggle of the Second World War and the anti-communist struggle during the Cold War. 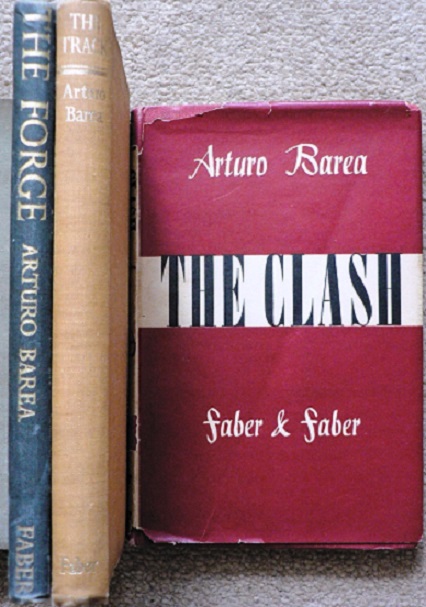 Some of the most important holdings in the archive are the original and annotated typescripts of Arturo and Ilsa’s work like Arturo’s La Raiz Rota, Ilsa’s Vienna, as well as their many short stories, articles and even unpublished poetry by Ilsa. Sadly there is no typescript of La forja de un rebelde, but only a few chapters in French and the first two pages of La forja in Spanish, probably from 1938.

Arturo and Ilsa’s papers are hard to separate. Aside from their close intellectual collaboration, she often wrote letters on his behalf, particularly when they first arrived – many of them explaining Arturo’s limitations with English. But Arturo could read in English, and the number of British classics in their library gives credence to a biographical note of 1941 which explained “that his spoken English is still atrocious, but he is beginning to appreciate Jane Austen”. There is an incredible articulation of Spain and Britain in Barea’s work and in the archive and library. On the shelves we can find Don Quijote de la Mancha sitting quite comfortably next to Tristram Shandy. Letters to Cyril Connolly and John dos Passos are written in Spanish and are mixed with those of Arturo to his family back in Madrid. As expressed in one of Barea’s obituaries, he served as an “interpreter between two different civilizations and ways of life”.

Uli tells us that the Bareas spent most of their time writing letters and reading newspapers and magazines, ranging from the Manchester Guardian to Picture Post. All of these activities have left traces in the archive as well. Apparently, one of Uli’s jobs was to help them read through the morning papers, to cut out all the news relating to whatever topic they were writing about at the moment and to paste the clippings in scrapbooks – all of which are also in the archive.

Throughout their careers, Arturo and Ilsa wrote book reviews and articles about the literature and authors of their homelands. They also had an important role in promoting, and often translating into English, Spanish authors such as Camilo J. Cela and other writers in exile like Guillermo de Torre, Ramón J. Sender, Esteban Salazar Chapela, Francisco Ayala or Max Aub. After Arturo’s death, Ilsa continued this work as a translator from Spanish and German, but also as a reader for British publishing houses, as an editor, and as an interpreter, particularly for trade unions. We can find most of this paperwork in the archive, aside from around 12 boxes of correspondence that traces Arturo and Ilsa’s work and life in exile. 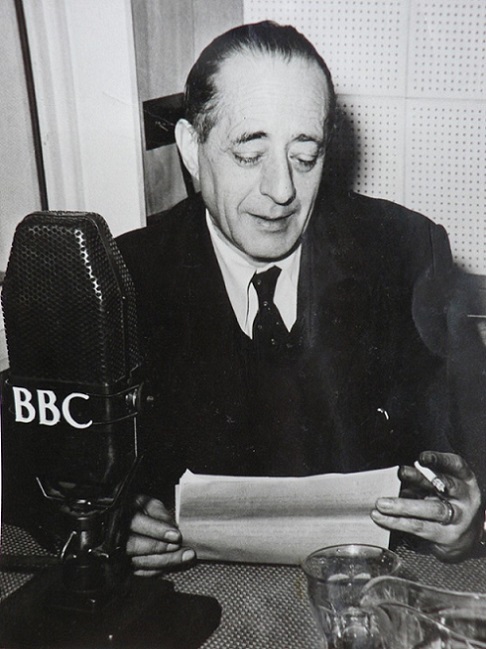 The archive also illustrates Barea’s relationship with Latin America. Articles for the Argentinian newspaper La Nación, around 650 of the 850 broadcasts he wrote for the BBC Latin American Service, fan-mail to “Juan de Castilla” and details of his 1956 trip to Argentina, Chile and Uruguay – including airplane tickets and a record of all the vaccines he needed.

Arturo’s past as a non-intellectual also sneaks into the archive in rather unexpected ways. One of his major projects was to design a bookshelf system that could be assembled and dismantled by anyone in order to adapt to different spaces and uses, decades before IKEA had the same idea. Drawing on his previous experience in a patent agency in Spain, Arturo tried to patent his design. The shelves still stand in Uli’s living room, more than 60 years after Arturo first built them.

Today, the Bareas’ archive is arguably still in exile. The donation to the Bodleian is an important step in assuring access to its holdings for future generations of scholars – although researchers will now miss Uli and her partner Eugene’s wonderful meals and conversations. One question that comes to mind is why not send the holdings back to Spain, as has happened with other Spanish Republican exiles’ libraries? The return to Spain is often seen as a reconciliation following the injustice of the years of expulsion.

Several reasons are behind the decision to donate the archive to the Bodleain. The cosmopolitanism of the holdings; the fact that Arturo’s work is difficult to separate from that of his wife, which represents a whole chapter of Austrian culture in exile; and the fact that the transnational character of their work might be best represented in Britain, as an example of the internationalism of the war and post-war periods. It is also a much needed reminder of how Britain’s (often reluctant) hosting of European exiles resulted in the political, cultural and social contributions of Europeans to British culture and politics.

Most importantly, it is undeniable that Ilsa and Arturo started their exile struggling to overcome the violent loss of the life they were forced to leave behind. In 1956 Arturo still felt that ‘la patria se siente como un dolor agudo’ – the homeland feels like an acute pain. But Ilsa and Arturo were also able to embrace exile as a new beginning, a new life together in a foreign land that soon became home.

Archives, libraries, books and scrapbooks can help exiles keep links with their homeland, but can also ground them to their new homes. Arturo and Ilsa’s archive is testimony to this. If, in Adorno’s words, “To those who no longer have a homeland, writing becomes home”, the archive is already home and it belongs here, in Britain more than there, in Spain.