The catalogue of the poet and novelist C. Day-Lewis and his wife, Jill Balcon, is now complete and available online via Bodleian Archives & Manuscripts.* These papers were generously donated by Daniel Day-Lewis and Tamasin Day-Lewis to the Bodleian Library in 2012.

C. Day-Lewis was Poet Laureate between 1968 and 1972; his earliest collection of poems, Beechen Vigil, was published in 1925, but the publication of Transitional Poem in 1929 saw Day-Lewis’s true emergence into the poetry world. Along with W.H. Auden, Stephen Spender and Louis MacNeice, he became one of the influential young poets of the 1930s (perhaps unfairly given the collective name of ‘MacSpaunday’ by Roy Campbell). For some years a member of the communist party, his early poetry collections, including Magnetic Mountain (1933), reflected his left-wing political views. In 1934, Day-Lewis also wrote a manifesto, A Hope for Poetry, claiming the young poets of the generation to be the direct descendants of the previous generation of poets, in particular Gerard Manley Hopkins, Wilfred Owen, and T.S. Eliot.

With a young family to support, Day-Lewis also turned his hand to writing detective fiction under the pseudonym Nicholas Blake. A Question of Proof, published in 1935, was the first of twenty Blake novels featuring the detective Nigel Strangeways. The success of the Blake novels allowed Day-Lewis to give up teaching to become a full-time writer. The novels achieved global popularity and were translated into several languages including Polish, Finnish, and Japanese. 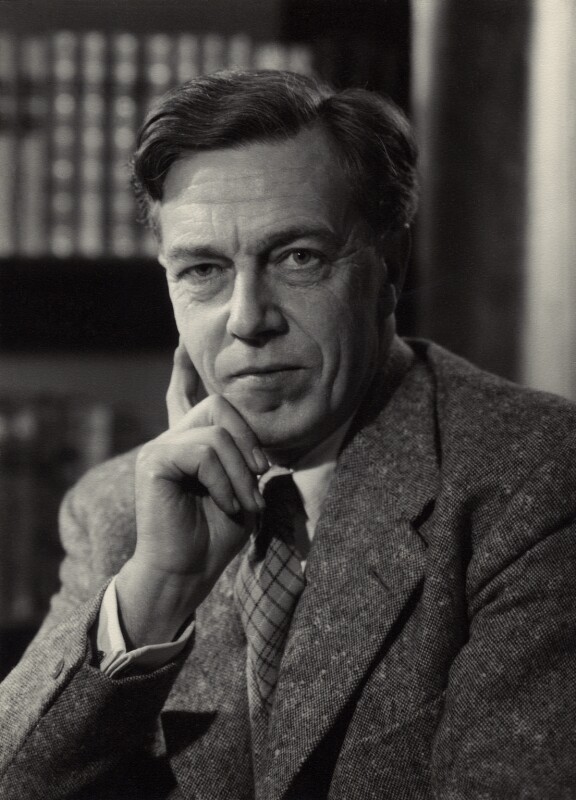 Day-Lewis worked for the Ministry of Information during the Second World War. In 1941, he began an affair with the novelist Rosamond Lehmann which was to last several years. After the war, Day-Lewis took up a part-time position at the publisher Chatto & Windus, a role he maintained until the end of his life; his autobiography, The Buried Day (1960), was published by them.

In 1948, Day-Lewis met Jill Balcon, a young actress and the daughter of the Ealing film producer Michael Balcon. Despite family opposition (Day-Lewis was still married to his first wife at the time), the relationship flourished and the pair married in 1951. They had two children, the writer Tamasin Day-Lewis and the actor Daniel Day-Lewis. The family moved to Greenwich in 1957.

C. Day-Lewis was awarded a CBE in the 1950 King’s Birthday Honours and was elected Professor of Poetry at the University of Oxford in early 1951. In 1964, he took up the post of the Charles Eliot Norton Chair in Poetry at Harvard. Both Day-Lewis and Jill Balcon championed the reading of poetry and literature and were active members of the Apollo Society along with Stephen and Natasha Spender, and Peggy Ashcroft. 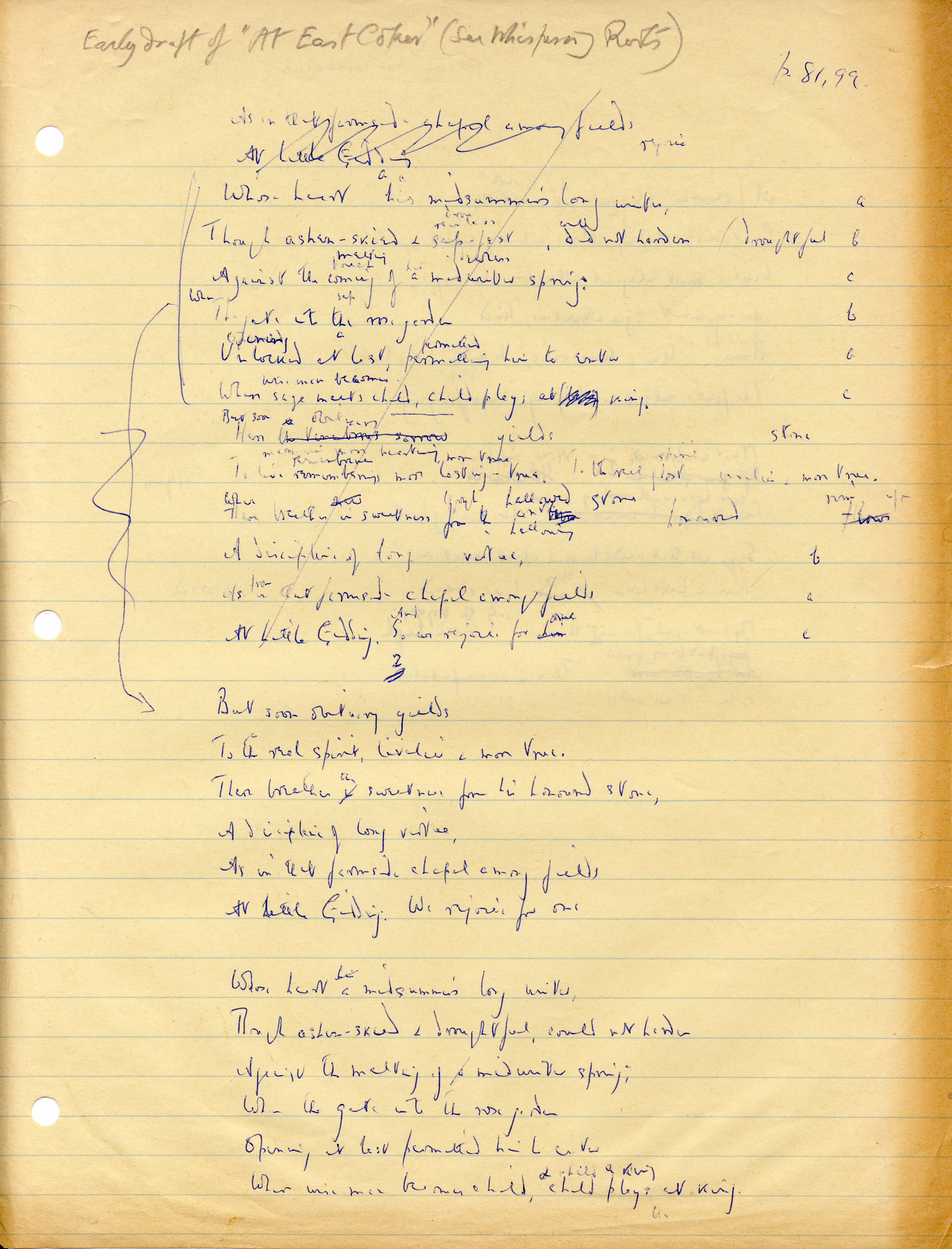 Just before C. Day-Lewis’s death, the couple filmed a television series entitled A Lasting Joy at their home in Greenwich exploring some of Day-Lewis’s favourite poems. Day-Lewis died at the home of his friends, Kingsley Amis and Elizabeth Jane Howard in May 1972, composing poetry almost until the end. He was buried in Stinsford, Dorset, not far from his literary hero, Thomas Hardy.

Jill Balcon was a successful actress and broadcaster in her own right, becoming for many people the voice of George Eliot. After her husband’s death, Jill continued to act in both radio and film productions. She moved to a cottage in Steep, Petersfield and became the neighbour of Alec Guiness. She worked hard to promote Day-Lewis’s poetic legacy, editing both Posthumous Poems and The Complete Poems. She died in July 2009 and was buried near her husband in Stinsford.

The collection includes literary manuscripts, including early drafts, of Day-Lewis’s poetry and prose. The collection also contains photographs and audio recordings, alongside a wealth of professional and personal correspondence demonstrating their wide connections to the worlds of literature, drama and scholarship. 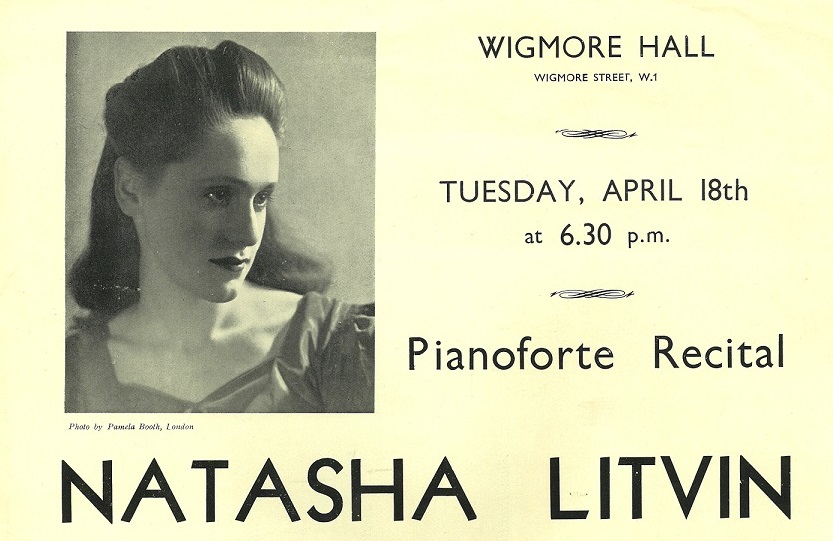