The Vere Harmsworth Library houses the Philip and Rosamund Davies United States Elections Campaigns Archive, collected and donated since 2002. I am halfway through the exciting project of processing the accessions donated between 2011 and 2021. Tasks include sorting, listing, rehousing material and recording box level metadata which will eventually form a full updated version of the current archive catalogue, presently available at Bodleian Archives & Manuscripts.

To overestimate the depth and breadth of the archive collection would be near impossible: the material, ephemeral in nature, covers all levels of elections from grassroots and interest groups and political parties, to Presidential. Formats currently being catalogued in the archive include printed literature, posters, audio visual material, buttons and objects such as items of clothing, mouse mats, flip-flops, socks, emery boards, calendars and dolls. The origin of the material is also wide ranging, including state and national party conventions, circular mail, caucus events and rallies. The campaign material allows researchers and those with an interest in American politics, history and culture to observe variations in the approach and style of political campaigns, and the shifting priorities of the electorate of the United States. 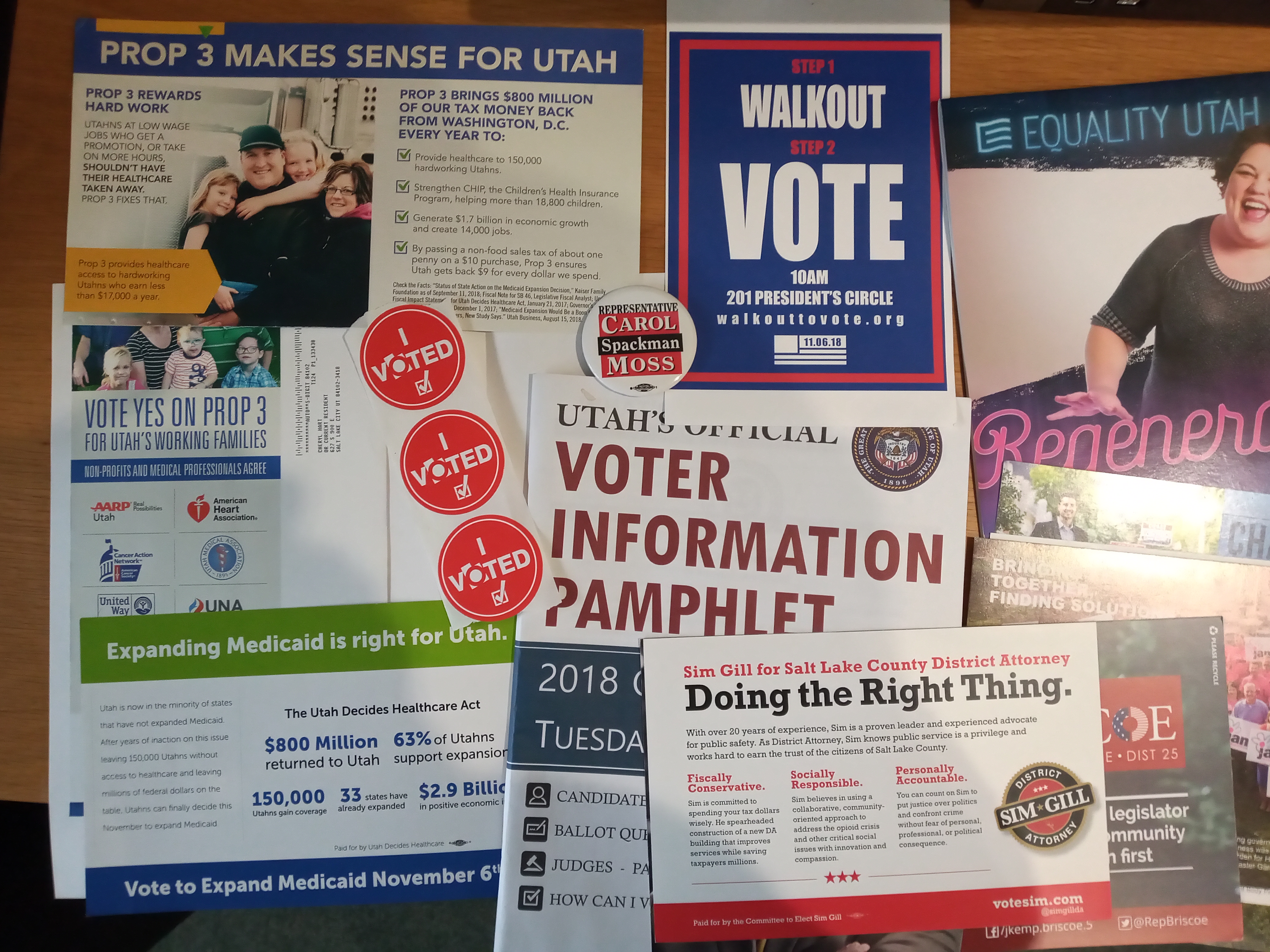 Literature including pamphlets and flyers disseminated during the state of Utah midterms and local elections, 2018, including leaflets related to Prop 3 [Proposition 3 on the expansion of medicare]. Material from MSS. 21407 uncat.

Fascinating finds in this second cataloguing project include insights into movements which exerted social and political influence over a period of time such as the Women’s Temperance Movement, established 1874, and nuclear disarmament movements such as Freeze Nuclear Weapons campaign for the 1984 elections. A more recent example is material relating to Rock the Vote.  Founded in 1990, Rock the Vote is a non-profit and non-partisan organisation aimed at empowering young, new voters to register and use their right to vote. The 2012 material relating to Rock the Vote comprises snappy and digestible literature such as stickers, postcards and leaflets disseminated, as well as a Democracy Lesson plan which forms part of RTV’s established high school civic education programme and guidance for teachers. 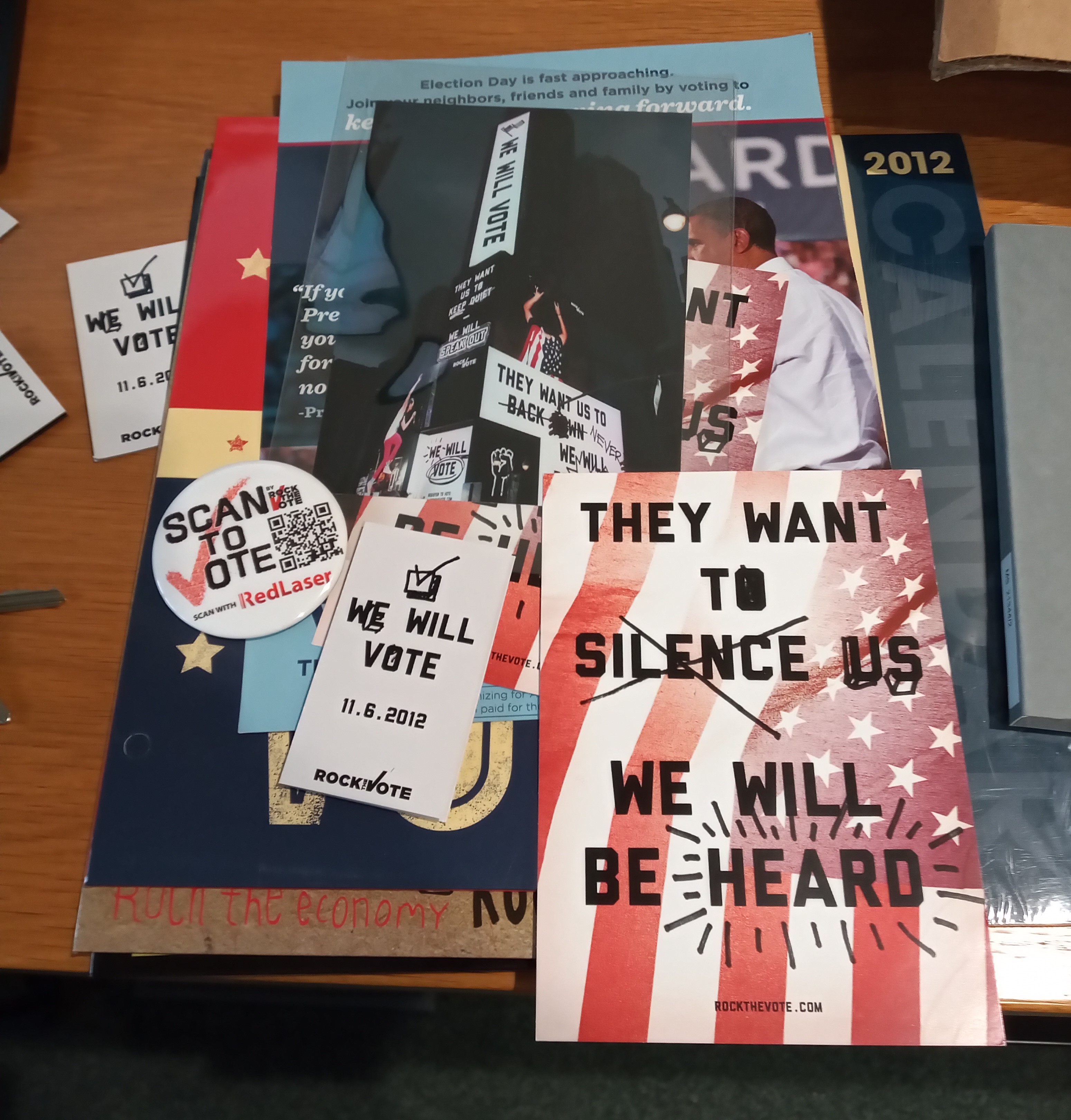 I have also been rehousing much of the collection as I sort and list, whether that be measuring for oversize kasemake boxes to store large campaign posters and window or yard signs, or deciding how best to house the many campaign buttons (there is a deluge of campaign buttons in the material!).

A box of buttons a day keeps the archivist at play. Featuring a reworked Rosie the Riveter for the successful Bill Clinton- Al Gore 1992 Presidential campaign (Al Gore was Clinton’s running mate and VP candidate). Material from MSS. 21395 uncat.

Watch this space for more tasters of more U.S. election campaign material being catalogued in the next couple of months!