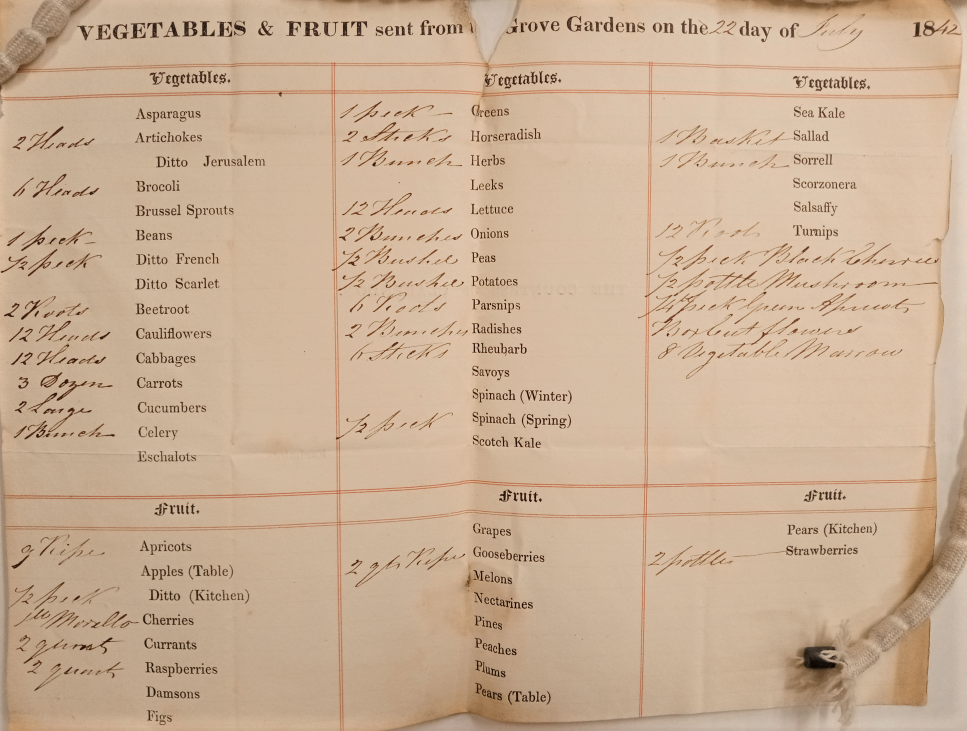 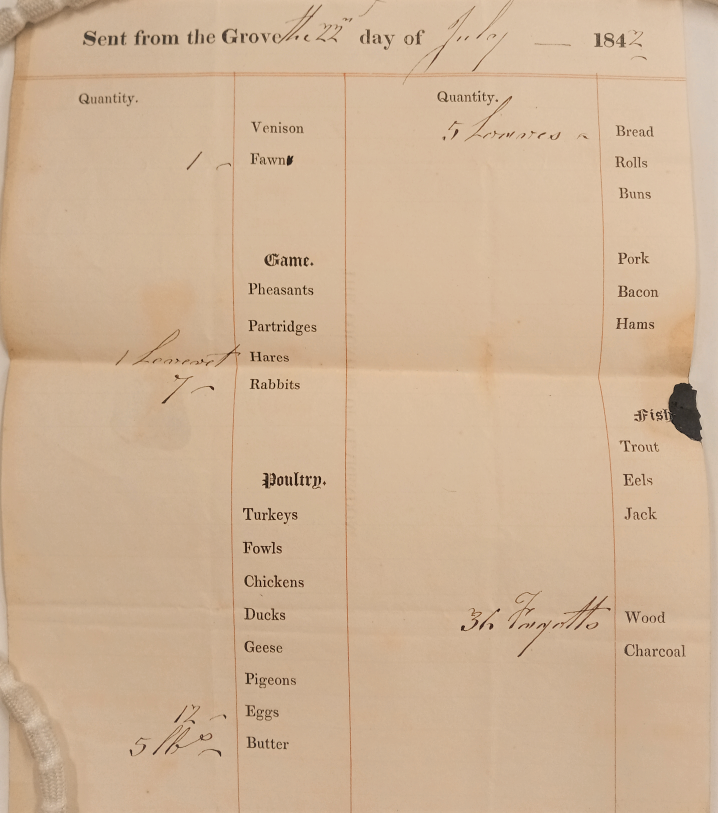 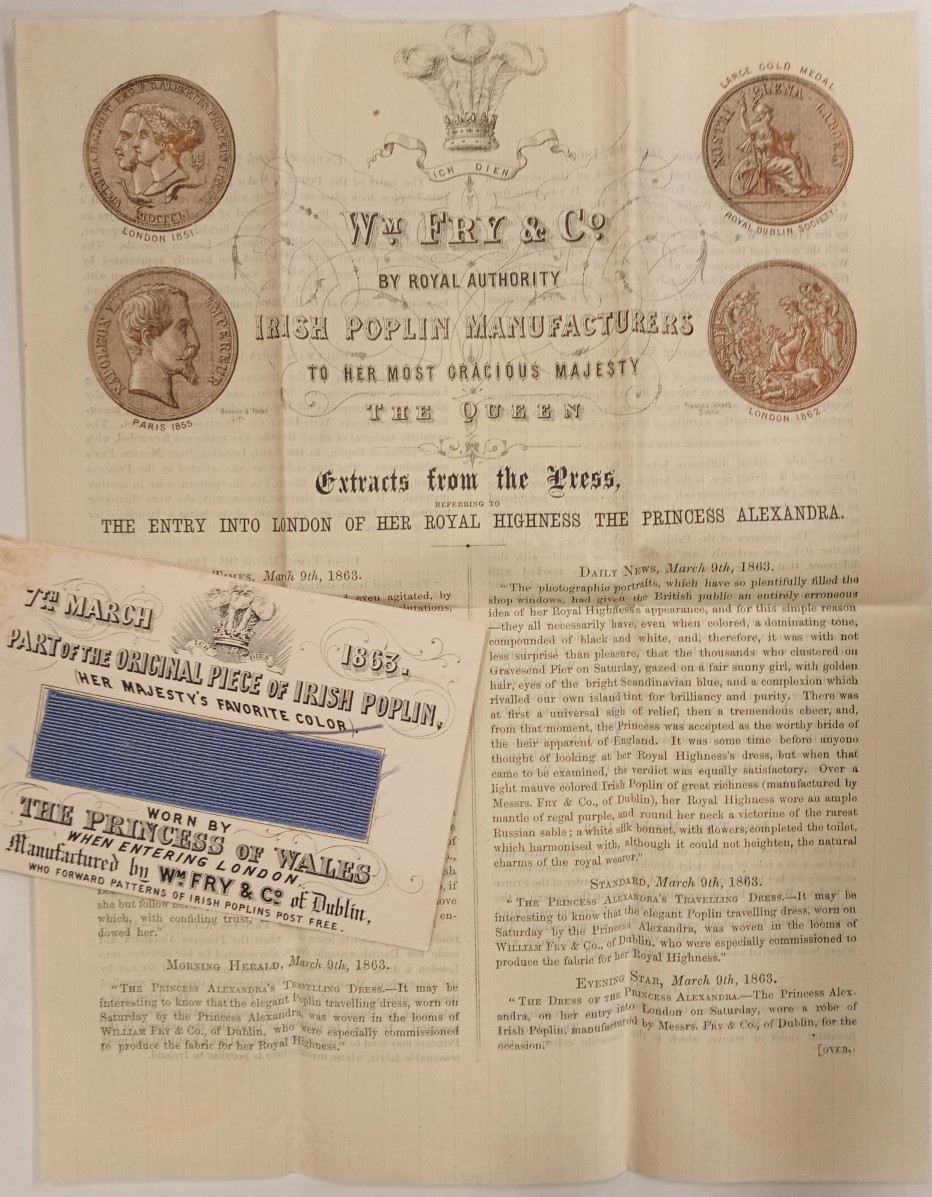 This fabric sample and leaflet, a lovely slice of Victorian marketing ephemera, can be found in the papers of Katharine Villiers, Countess of Clarendon (1810-1874).

The Irish poplin fabric, a pale violet- or mauve-coloured blend of silk and wool, hand-woven in Dublin by Wm. Fry & Co., was made into a travelling dress worn by eighteen-year old Princess Alexandra of Denmark on the 7th of March 1863, the day of her arrival at Gravesend Pier and first journey into London. Three days later, at Windsor Castle, Alexandra was to marry the Prince of Wales, Bertie, who eventually became King Edward VII, so the reception for her was grand, the crowds enormous, and press interest high.

Princess Alexandra, it was reported, ordered (or simply received – accounts vary) the fabric as one of her wedding presents. It was woven in a colour that Queen Victoria apparently particularly liked, which was a smart diplomatic move but also a fun reminder that Queen Victoria, who is mostly remembered for her mourning black, actually had favourite colours. (What the reporters did not mention, for some reason, is that the British court was still in official mourning for Queen Victoria’s consort, Prince Albert, who had died in 1861, and all court ladies were restricted to wearing lilac, grey or…mauve.)

Princess Alexandra’s dress was a publicity triumph for the poplin manufacturer Wm. Fry & Co, and the company did not hesitate to capitalise. Their marketing leaflet proudly highlights their exhibition medals and also includes extracts from 14 different newspapers that covered the princess’s arrival and mentioned her poplin dress in glowing terms. And with this leaflet came a beautiful, and beautifully well-preserved, fabric sample: ‘Part of the Original Piece of Irish Poplin Worn by the Princess of Wales’.

It’s one thing to read about the dress, and another to be able to see that the fabric, which looks very plain at first glance, has a changeable quality when viewed from different angles, so it shimmers as it moves, a little like iridescent shot silk. You can see its lustre in Henry Nelson O’Neil’s (accurate!) oil painting which commemorated Princess Alexandra’s arrival at Gravesend. A style leader for the rest of her life, the painting also records Alexandra’s purple velvet mantle, the Russian sable around her neck, and her white silk bonnet trimmed with lilies and blush roses. 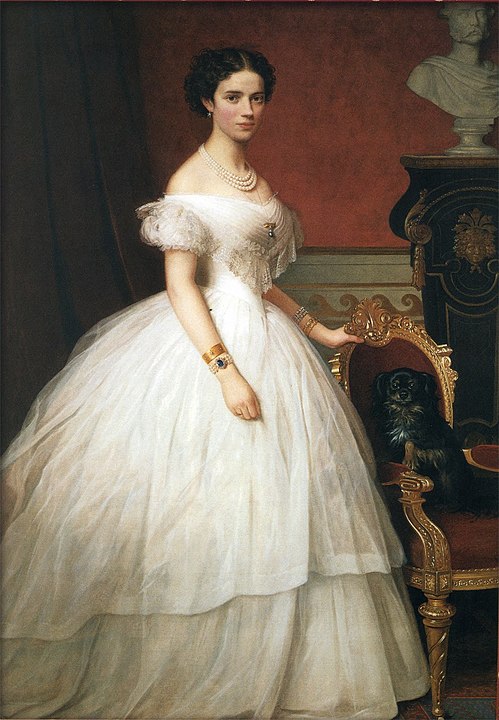 Princess Dagmar of Denmark (Maria Feodorovna) wearing a crinoline in the 1860s, by A. Hunæus, Public Domain, Wikimedia Commons

The princess’s travelling dress certainly needed a lot of poplin: 1863 was a high-point for the bell-shaped, hooped crinoline of the type illustrated here in a painting of Alexandra’s sister, so the yardage was impressive. On the back of the fabric sample sent to the Countess of Clarendon is jotted the cost of the 14 yards required for a full dress: £5 12s. A quick conversion via the National Archives reveals that that amounted to 27 day’s wages for a skilled tradesman in 1860, or the cost of one cow.

Most importantly, however, one of the news extracts included in the manufacturer’s leaflet is a 9th of March report by the Freeman (probably the Freeman’s Journal of Dublin) which notes:

As each working man gazes to-night upon the illuminations in honor of the marriage of the Prince, he will remember that the first public act of the Princess was one that will make the produce of the Irish loom ‘the fashion’ at court […] and will circulate thousands of pounds as wages amongst the artizans of Dublin

The choice of this fabric was not just a diplomatic triumph for Princess Alexandra, but a decision that would boost an entire industry: this single dress worn by one young woman had the potential to change the fates and fortunes of hundreds.