Ada Lovelace’s significant contributions were celebrated and discussed at the Ada Lovelace Symposium last week, marking the bicentennial of her birth on 10 December 1815.  Lovelace brought important early insights into mathematics and computation, especially in the context of the Analytical Engine proposed by her collaborator Charles Babbage. She also brought her vision and computational intuitions to music, asking whether “the engine might compose elaborate and scientific pieces of music of any degree of complexity or extent”. 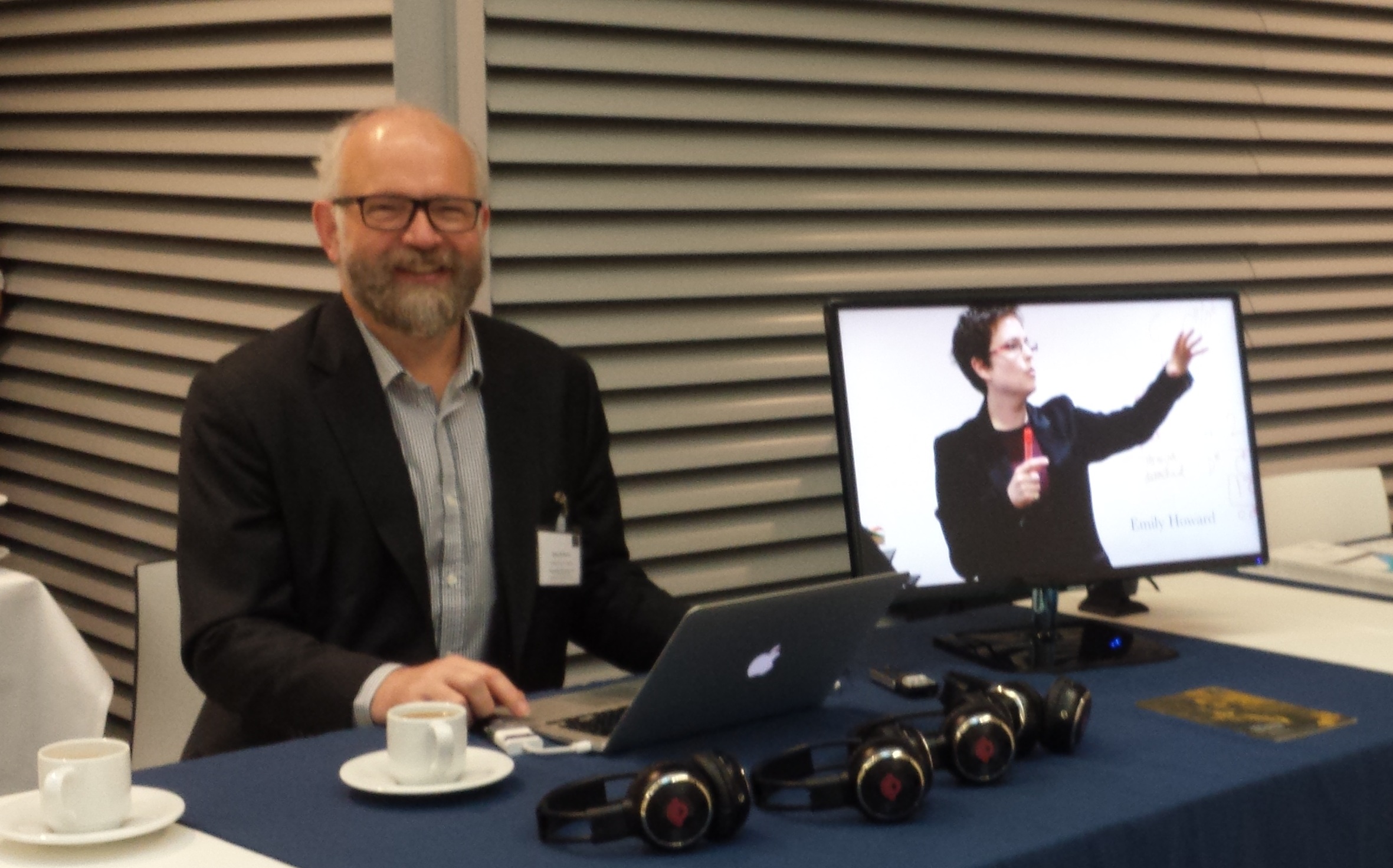 On 30 November we explored mathematics, computation, and music through a performance of ‘Ada sketches‘, a short operatic work by composed by Emily Howard and part of her Lovelace Trilogy. More than a performance, this event with Emily Howard and musicians from the Royal Northern College of Music involved mathematical explanation and engaged the audience in composition, turning numbers into notes. We revisited this work at the Ada Lovelace Symposium through an interactive display and a conversation on stage between David De Roure and Emily Howard, herself a mathematician, computer scientist and musician.

This also featured an extract of Howard’s work ‘Mesmerism’, another part of the Trilogy, and illustrated numbers and notes by generating a number sequence on a simulator of the Analytical Engine and developing the output as a musical theme—an exercise inspired by discussions at a music hack day held at Goldsmiths in October. The evening saw world premières of  ‘An algorithmic study on ADA’ and ‘ADA’, composed by James Whitbourn, performed by mixed-voice contemporary choir with violin and harp.

The event was supported by digital music research projects Transforming Musicology (AHRC, led by Goldsmiths, University of London) and “FAST” (EPSRC, led by Queen Mary University of London), and organized at University of Oxford by a partnership of the e-Research Centre, Centre for Digital Scholarship, and The Oxford Research Centre for the Humanities, in collaboration with symposium organizer Professor Ursula Martin, the Mathematical Institute, and Department of Computer Science.  The performance was supported by the Royal Northern College of Music, Leverhulme Trust and University of Liverpool.