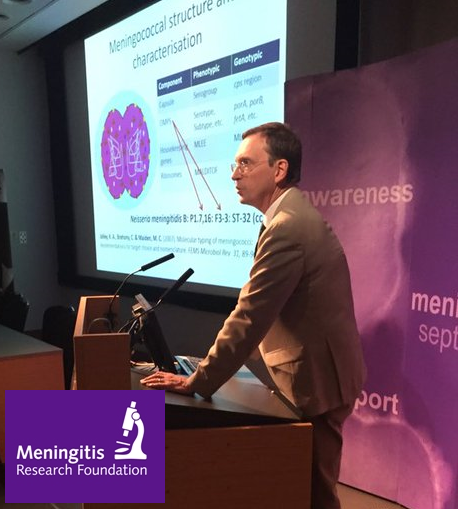 What: Digitizing meningitis: thirty years of sequencing the meningococcus

For more than two hundred years, meningococcal disease has been one of the most feared childhood infections, with epidemics occurring unpredictably. Many of these epidemics have been associated with periods of social disruption, such as the two world wars, or particular locations, including the African meningitis belt; however, there was a substantial unexpected and largely unexplained increase in disease in the UK from the early 1980s to around 2010. This period coincided with the development of novel genetic analysis approaches for studying bacterial diseases and this talk will chart the rise and fall of this epidemic focussing on the role of digital technologies in unravelling the mysteries of the meningococcus. This included improvements in our understanding the evolution of this elusive pathogen and the design and testing of novel vaccines. While much has been learned, we are yet to decisively beat meningococcal disease, and global sequence databases, such as the recently established Meningitis Research Foundation Meningococcus Genome Library, will continue to play a major role in improving disease control.

Interested in infectious disease from an early stage, Martin Maiden trained in microbiology at the University of Reading fooled by graduate studies in the Biochemistry Department in Cambridge where he became interested multi-disciplinary and evolutionary approaches to investigating biological problems. After a two-year MRC Training Fellowship in Cambridge, he moved to the National Institute for Biological Standards and Control, to establish a vibrant group working on meningococcal disease. He was a group leader at NIBSC for nine years, including a sabbatical year at the Max-Planck-Institut für molekulare Genetik, Berlin. In 1997 he left NIBSC for a Wellcome Trust Senior Fellowship in Oxford. He was elected a Fellow of Hertford College and appointed Professor of Molecular Epidemiology in the Department of Zoology in 2004. He became a Fellow of the Royal College of Pathologists in 2010.