The first Bodleian Student Editions workshop was held in the Centre for Digital Scholarship in the Weston Library on 19 October 2016, the first of six planned for the academic year.

This pioneering initiative which explores the potential of Bodleian resources and space for cross-disciplinary, skills-based training in textual and digital scholarship, was developed by staff and students as a continuation of conversations that included the Speaking in Absence: Letters in the Digital Age conference, organised by Olivia Thompson, Balliol-Bodley Scholar and DPhil candidate in Ancient History, and Helen Brown, DPhil candidate in English. 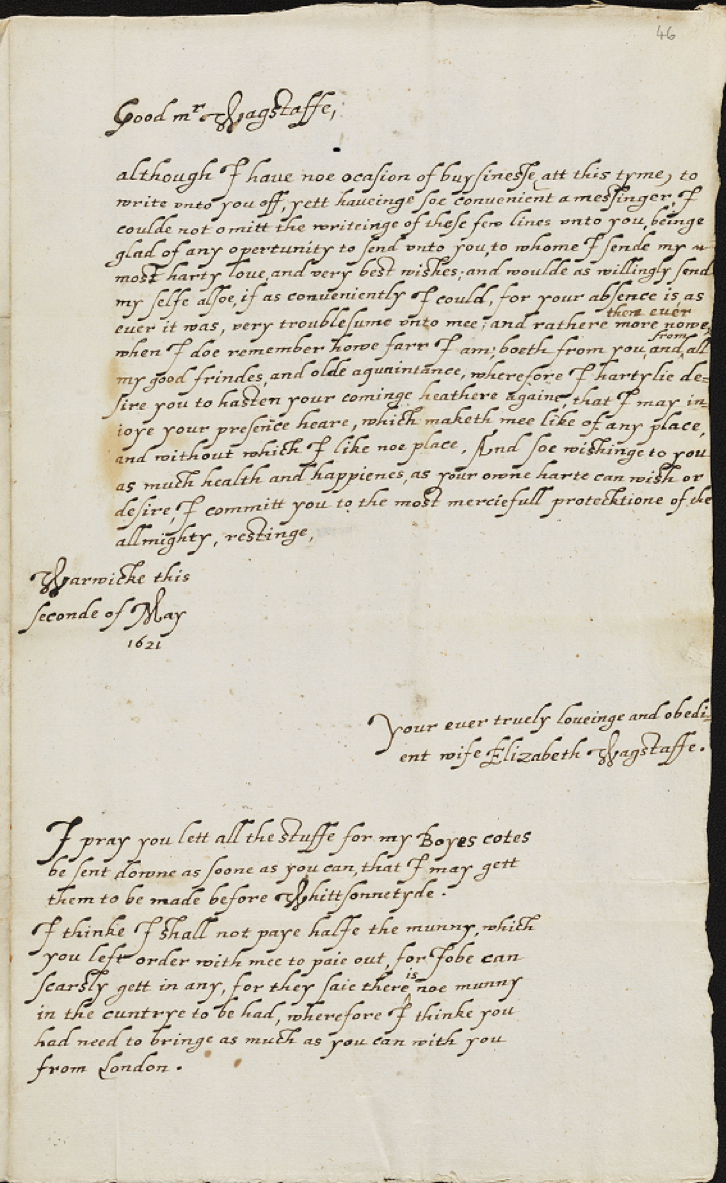 The pilot scheme of Bodleian Student Edition workshops is a collaboration between the Bodleian Libraries’ Special Collections department, the Centre for Digital Scholarship, and the Faculty of History’s Cultures of Knowledge project. Each workshop brings together staff from these sections with undergraduates and postgraduates from across the University, the users and potential users of manuscripts, to produce online editions of selected letters.

Interest in the workshops has been overwhelming, with all six pilot sessions planned for this year already full (72 places) and a growing waiting list for next year’s workshops. Students from a range of disciplines have registered, including members of the History, English and Classics faculties, both undergraduate and postgraduate, as well as students of art history, archaeology and biology.

The pilot scheme includes six similar, standalone workshops concentrating on early modern letters. In the course of each session, participants will catalogue and digitally transcribe letters and information. These will be published on the Culture of Knowledge project’s Early Modern Letters Online (EMLO), as Bodleian Student Editions. The workshops introduce students to handling and reading early modern manuscripts from Bodleian collections, transcription and proofreading, metadata creation and curation, submitting metadata and transcriptions into EMLO, licensing digital content, and the possibilities that text at scale brings to research.

The participants work from high-quality digital images of the manuscripts, but also have access to the original materials: part of the workshop’s purpose is to encourage students to think about the physical nature of the letter and how this relates to its digital presence.

The excitement and interest generated by the opportunity to get close to the original letters was one of the things that impressed me most about the workshop on 19 October. It was overwhelmingly positively received by the students, who described the activities as ‘extremely informative’, ‘a wonderful introduction to textual editing’ and an excellent illustration of ‘how documents can be used to understand networks of thought’. Participants also highlighted the enthusiastic atmosphere and ‘quality of the instruction’.

The manuscripts used in this first workshop were six letters written between 1616 and 1622 by Elizabeth Wagstaff [or Wagstaffe] of Warwickshire, to her husband, Timothy Wagstaff, at Middle Temple, London. These letters have been the subject of very little research, and the students showed a keenness to provide explanatory notes on their transcriptions to place them into the wider context of EMLO. The participants enjoyed the opportunity to work with students from other subjects and degree levels. All responded that they are more likely to use archival resources in their studies, and some were keen to carry out further work with the Wagstaff letters as part of their own studies. They were also eager to hear about the possibilities opened by digital methods of research.

The sessions are taught by Pip Willcox, Head of the Centre for Digital Scholarship; Miranda Lewis, Digital Editor, Early Modern Letters Online; and Mike Webb, Curator of Early Modern Archives and Manuscripts, all of whom are then on hand, together with Olivia Thompson and Helen Brown, to help the students with their descriptions and transcriptions of the manuscripts.