How can I find reference materials about Jane Austen? This query could potentially take me to dozens of different sites and databases, each with different types of material. Project Gutenberg has transcribed text of her works. Librivox has audiobooks. Find A Grave has images of her memorial stone in Winchester Cathedral. The Huygens database of Women Writers has citations for modern research about her. The Stanford project Kindred Britain has her family tree. Across the Wikimedia family of sites, there are articles about Austen in 103 language versions of Wikipedia, quotations in 27 language versions of Wikiquote, and various images in Wikimedia Commons.

How do we capture the fact that all these different resources are about the same person? How do we make a path to these and similar sources, bypassing all the irrelevant links that would come up in a web search? END_OF_DOCUMENT_TOKEN_TO_BE_REPLACED

We are delighted to co-host this Research Uncovered talk with Oxford University Press’s ODNB and TORCH.

What: Historiography at Scale: People, Places, and Professions in the Oxford Dictionary of National Biography

The Oxford Dictionary of National Biography, published initially in 2004, is the work of roughly 10,000 scholars, runs to 60 volumes in print, and is made up of more than 62 million words. So immense is the ODNB that one early reviewer complained, ‘reviewing it is like exploring a continent by rowing boat’: ‘If you were to read one life in the new DNB every day you would take 137 years to finish it.’  Information overload is not a new problem in the humanities, but Christopher Howse’s analogy helpfully suggests why an engine of some sort might be desirable in studying historiography at scale. In this presentation, Chris will use digital humanities methods to map the people, places, and professions of the ODNB in a new way.

Christopher Warren is Associate Professor of Literary and Cultural Studies at Carnegie Mellon University, where he teaches early modern studies, law and literature, and digital humanities. He is the author of Literature and the Law of Nations, 1580-1680 (OUP, 2015), which was awarded the 2016 Roland H. Bainton Prize for Literature by the Sixteenth Century Society. With Daniel Shore, he is co-founder of Six Degrees of Francis Bacon, a collaborative reconstruction of Britain’s early modern social network. His articles have appeared in journals including Humanity; Law, Culture, and the Humanities; The European Journal of International Law; English Literary Renaissance; and Digital Humanities Quarterly. His current projects include work on anachronism and presentism in the history of international law and a “distant reading” of the Oxford Dictionary of National Biography. 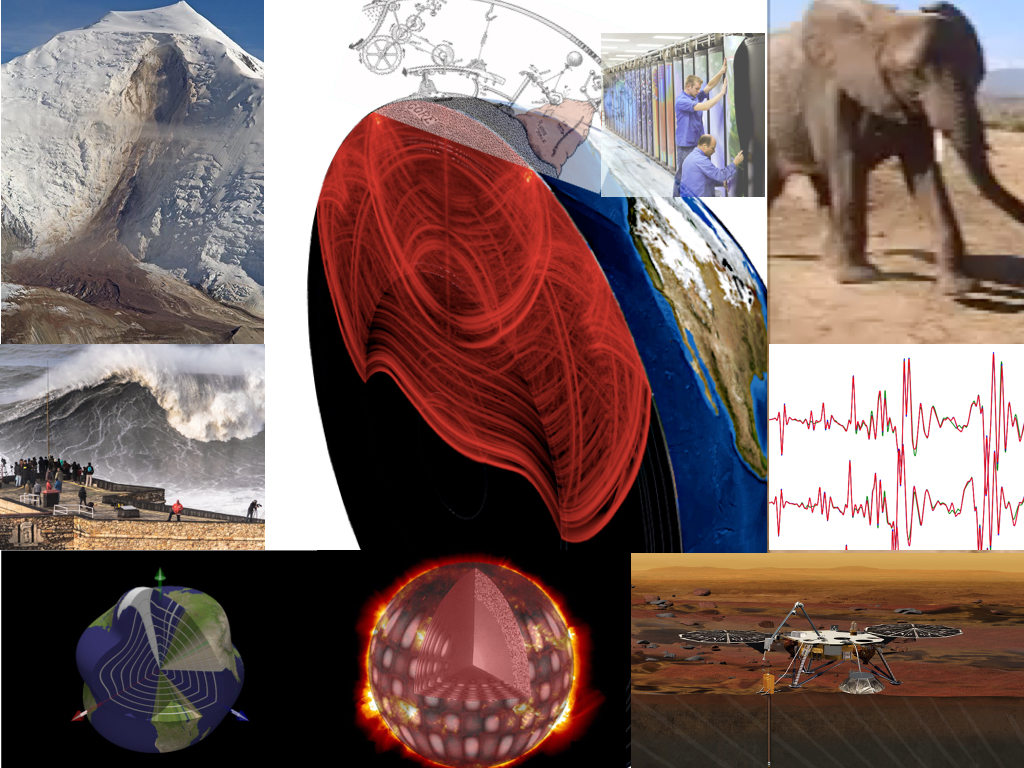 Seismology, the science of understanding elastic vibrations beneath the surface, is a considerably young discipline. However, it has already contributed to a wide range of research topics such as deciphering the deep Earth’s and Sun’s interior, natural hazard assessment and earthquake physics. Seismic methods also play a pivotal role in nuclear monitoring, hydrocarbon exploration and various forensic tasks.

Digital high-precision instruments and sophisticated computer models nowadays allow us to detect and understand ground vibrations at scales from microcracks to planets, thereby facilitating a seismic shift in the breadth of  applications. In this talk, I will present examples of this fascinating multi-disciplinary diversification such as using seismometers to hunt for extraterrestrial life, detecting remote landslides and glacier dynamics, unraveling vibration noise to infer ocean waves and hurricanes, listening to seismicity and earthquake waves, elephants’ use of seismic communication, simulating waves on supercomputers and conceding our human imprint to assessing our experiment Earth.

Tarje Nissen-Meyer is Associate Professor of Geophysics in the Department of Earth Sciences, and a Fellow of Wolfson College, University of Oxford. He is also an adjunct scientist at Lamont-Doherty Observatory, Columbia University, New York. His research encompasses computational seismology from global to local scales. He is the main author of the axisymmetric spectral-element method AxiSEM which is used by a number of groups around the world. Having moved from ETH Zurich in Sept 2013, he continues to supervise PhD students there, and collaborates with many other groups abroad.