Over 21,000 ebooks in Humanities published by Cambridge University Press are available from 12 May 2020 to 31 May 2021 via their EBA (evidence-based acquisitions) programme.  All books on the list, together with new publications as they come out during the year, are available online to University members via SOLO during this period.

You can also directly search on the Cambridge Core Website after logging in with your SSO. On the website you can then filter the collection by subject, such as Literature. From here you can then explore books by topics of interest such as Anglo Saxon and medieval literature, Literary theory and English literature 1700-1830.

At the end of the period, we will make a selection of about 500 books based on appearance on reading lists and heavy use during the period.  These selections will be added permanently to the ebook collection of the Bodleian Libraries.

This blog post will highlight some of these new ebooks from the CUP which have recently been made accessible. The books cover a variety of subjects demonstrating the variety of new material which is now available. 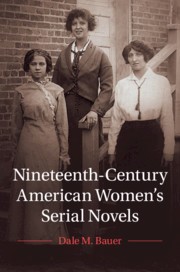 women. Bauer writers in the introduction, ‘serial novels thus serve as models of representing women’s lives in transition from their traumas to their transformations’ (p.10). Through exploring these authors Bauer expands the understanding of women’s writing in the nineteenth century. 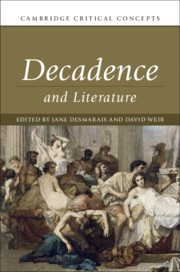 Decadence and Literature explores how the idea of decadence has developed from the Roman times as meaning artifice or declining morals into a major cultural trope which has been used in a number of ways. Decadence is used in literature in response to advancing modernity. The essays in the book are organised under three sections; origins, developments and applications. The book takes an interdisciplinary and chronological approach. The text also considers a variety of mediums as well as literature including visual arts, music cinema, popular culture. A particular focus of the work is the relationship of decadence with LGBTQ+ individuals and culture, including drag. Through this study, decadence is shown to be key to understanding contemporary anxieties. 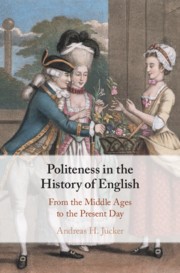 Jucker, A. (2020). Politeness in the History of English : From the Middle Ages to the Present Day.

‘The British have a reputation for being excessively polite’ (p.1). This statement opens Jucker’s study of the phenomenon of politeness in the English language. Politeness in the History of English tracks the concept of politeness from the Middle Age to the present day through detailed case studies of mostly literary texts. The diachrony explores politeness in changing social contexts to show how politeness is shaped by culture and history. 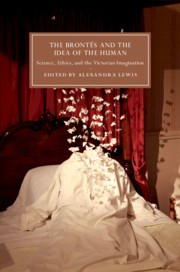 Lewis, A. (2019). The Brontës and the Idea of the Human: Science, Ethics, and the Victorian Imagination.

The Brontës and the Idea of the Human evaluates the Brontës’ engagement with the idea of what it means to be a human – or outside the limits of humanity. The contributors take an interdisciplinary approach through examining how the Brontës responded to wider legal, political, scientific and philosophical concerns in their approaches to humanity. The book explores how ‘Science, ethics, and the Victorian imagination jostle for attention as the richness and complexity of ideas about, and attempted definitions of, ‘the human’ assert their dominance in the fiction of the Brontës’ (p.24). 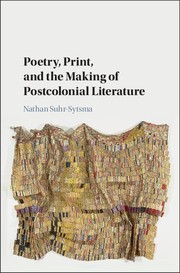 Suhr-Sytsma, N. (2017). Poetry, Print, and the Making of Postcolonial Literature.

Poetry, Print, and the Making of Postcolonial Literature examines the history of relationships between poets and publishers from Ireland and Nigeria, as well as Britain and the Caribbean, during the twentieth century period of decolonization. The book focuses on the similar approaches in the work of Seamus Heaney, Christopher Okigbo, and Derek Walcott. It also explores how they gained the approval of local and London-based cultural institutions. Suhr-Sytsma considers how the poems of these poets appeared in print to track the transformation of the anglophone literary world. 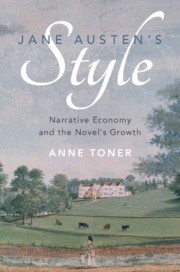 In this recent publication Toner explores Austen’s interest in narrative form and the ‘economy of art’ in her style of writing. The book is split into three chapters which examine structure, language and dialogue. Toner argues that the concise nature of Austen’s work and use of contraction contributed to her innovations in the representation of thought and the depiction of consciousness.