I am pleased to report that Oxford readers now have access to Records relating to the Slave Trade at the Liverpool Record Office via OxLIP+ and also shortly via SOLO.

Part 1 of the British Online Archives series British records on the Atlantic World, 1700-1900, this full-text database provides access to one of the best collections in British archives of private merchants’ papers relating to the transatlantic slave trade. 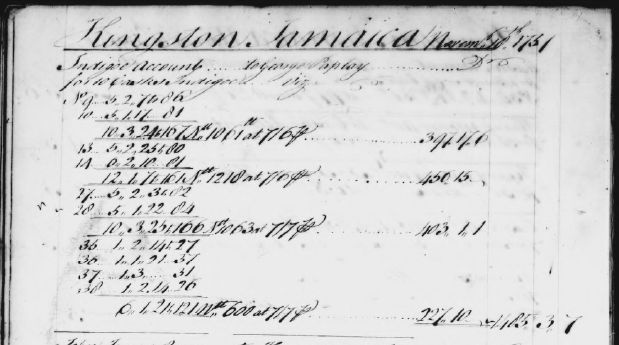 Liverpool was the leading slave trading port in the world in the eighteenth century when these documents were compiled. The material includes correspondence with ship captains and Caribbean agents about the acquisition of Africans and their sale; statistics on the Liverpool slave trade; sales accounts of the lots of Africans disembarked in the Americas, often with the names of purchasers and prices; information on dealings with diverse African groups along the coast of West Africa; and details of payments for slave sales. The account books of ships’ voyages include material on the outfitting of vessels and the cargoes of goods exported to Africa. Among the items included in this collection are records of the wealthy merchant and banker, Thomas Leyland, who was three times Mayor of Liverpool, and letters by the slave trade captain, John Newton, who later became a clergyman, the composer of the hymn ‘Amazing Grace’, and a prominent abolitionist.