Following on from the existing subscription to 19th Century British Newspapers, this trial provides access to new content which private subscribers to the British Newspaper Archive can already access.

Parts III and IV, covering 1750-1950, further extends the range of English regional newspapers and expands the views represented in the series. Examples of new additions cover all areas of Britain and include, for instance, The Cornishman 1878-1950, Norfolk Chronicle, 1776-1867, Bath Chronicle and Weekly Gazette 1749-1950, Sheffield Daily Telegraph 1855-1904, etc.

Newspapers are a fascinating source material, providing both news and views and a running commentary of many aspects of our society. 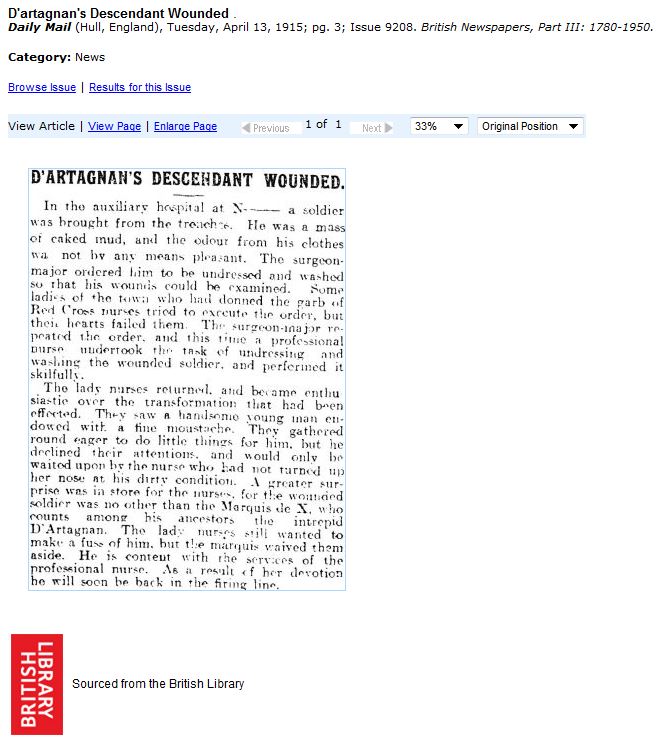 Please send feedback to Isabel Holowaty or leave a comment at History databases desiderata & trials by 14 May 2015.

One thought on “Trial until 14 May: 19th Century British Newspapers Parts III and IV”