A century of British cinema, in the Oxford Dictionary of National Biography

The latest update to the Oxford Dictionary of National Biography—published on Thursday 28 May 2015—adds biographies of 105 men and women active between the fourteenth and the early twenty-first century. 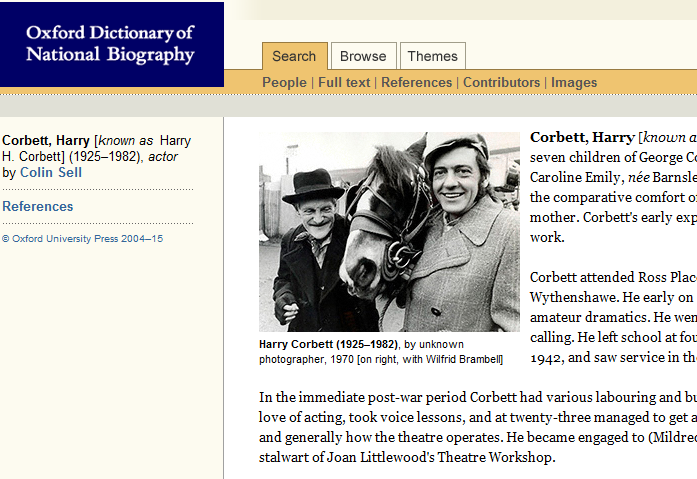 The new edition includes a special focus on a century of British cinema and television—from the pioneering directors of the early 1900s to the actors, directors, and producers of mid and later twentieth-century films such as Bridge on the River Kwai, Hammer Horror’s Curse of Frankenstein, Rita, Sue and Bob Too, and television classics including Steptoe and Son.

Highlights from the update

Film clips from featured actors, directors and producers, now added to the ODNB

Film biographies now added to the Oxford DNB include:

Other biographies now added include:

Faculty contributors to the latest update include John Davis (on the Poplar councillors (act. 1921)), George Garnett (on ‘Magna Carta through eight centuries’), and John-Paul Ghobrial (on Phillip Stamma (d. 1755)).

The Oxford Dictionary of National Biography is the national record of men and women who’ve shaped all walks of British life, in the UK and overseas, from the Roman occupation to the 21st century. It’s a research and publishing project of the History Faculty and OUP and is available via SOLO or Databases A-Z.