I am pleased to report that Oxford users now have access to the online International Bibliography of Humanism and the Renaissance via SOLO or Databases A-Z.

The IBHR is an international bibliographical resource of academic publications on the Renaissance and the early modern period. It continues the printed Bibliographie internationale de l’Humanisme et de la Renaissance. 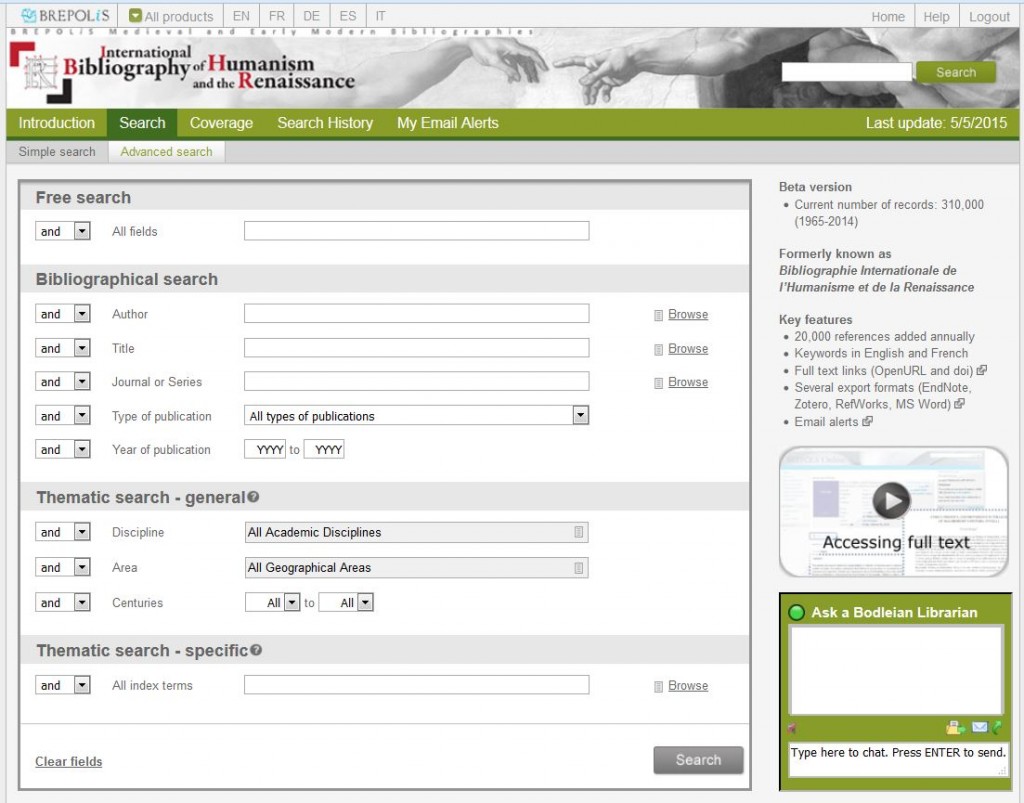 The core of the Bibliography focuses on European history and culture that spans the 16th and 17th centuries, and encompasses a broad spectrum of subjects, ranging from religious history through to philosophy, science and the arts; and from military and political history through to social and gender studies.

IBHR includes publications on the European interactions with the wider world through exploration, colonisation, slavery and the Christian mission and extends its coverage to the modern period with the inclusion of modern hermeneutics, reception studies and the 21st-century teaching of texts written in the target period. It covers publications written in various languages such as English, French, German, Greek, Spanish, Italian, Portuguese, Hungarian, Romanian, Dutch and Japanese.

The Advanced search screen allows you to select a geographical area and academic discipline as well as limit your search to a particular century. Users of the International Medieval Bibliography and Bibliography of British and Irish History will find the interface very familiar already.