This resource provides access to British government secret intelligence and foreign policy files from 1873 to 1953. Sourced from The National Archives, the range of documents from signals intelligence reports to government-directed policy and strategy is relevant from the period of Appeasement right through to the early Cold War.

The content of the material is international in its breadth and scope. At the heart of this resource are the files of the Permanent Undersecretarys Department (PUSD) which was the point of liaison between the Foreign Office and the British intelligence establishment. 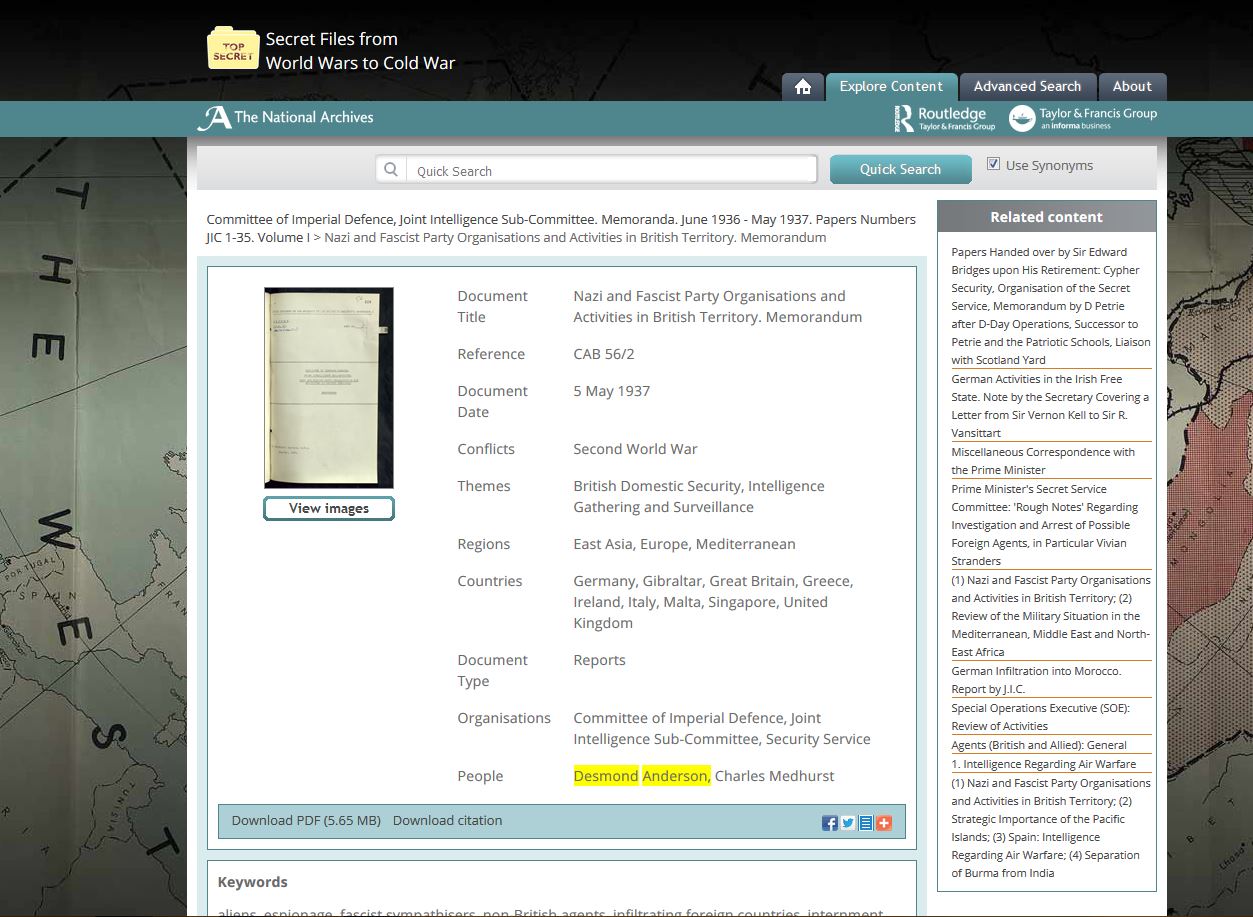 The content of the material is international in its breadth and scope, and includes coverage of the following regions:

You can browse, filter, and search the documents by the following themes:

The resource is supplemented by:

Please note that document download is not possible on the free trial product, so  users will need to use the Image Viewer to view the documents. If this resource was purchased, documents could then be downloaded in PDF format.

The trial ends on 20 May 2016. Feedback should be sent to isabel.holowaty@bodleian.ox.ac.uk.