I am pleased to report that after a successful trial last year, the following historical newspapers from the Far East are now available to historians: 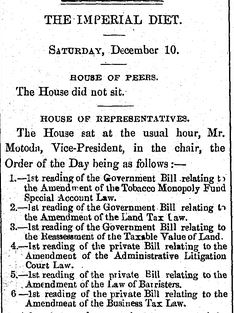 From its inception in 1897 (Meiji 30), The Japan Times has been Japan’s most widely read English-language daily newspaper, providing very wide coverage of world and domestic news, business and politics. 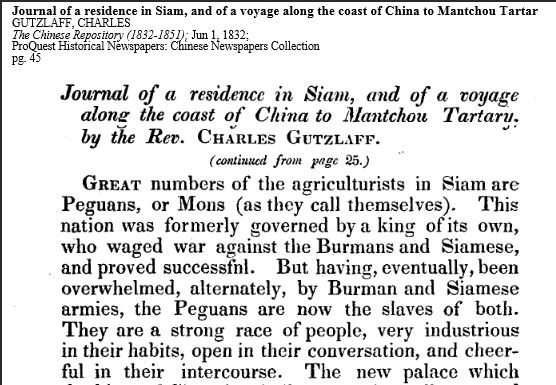 This collection of 12 English-language Chinese historical newspapers gives an insight to Chinese political and social life from 1832 to 1953. In addition to the article content, the full-image newspapers offer searchable access to advertisements, editorials, cartoons, and classified ads. The collection includes major newspapers from Peking, Shanghai and Canton as well as the important missionary publications Chinese Repository and Chinese Recorder.

… “renowned for its authoritative and influential reporting on Hong Kong, China and all of Asia. Founded in 1903 by Alfred Cunningham and Tse Tsan-tai, a key figure in the Chinese revolt against the last imperial Qing Dynasty at the turn of the 20th century, the newspaper became a platform for advocating the reform movement in China. It is highly regarded by researchers because of the unique history of Hong Kong as well as the newspaper’s editorial perspective on Imperial Japan and Communist China.”

These databases are listed on SOLO and Databases A-Z. Researchers and students of Oxford University also have remote access, using SSO as usual.