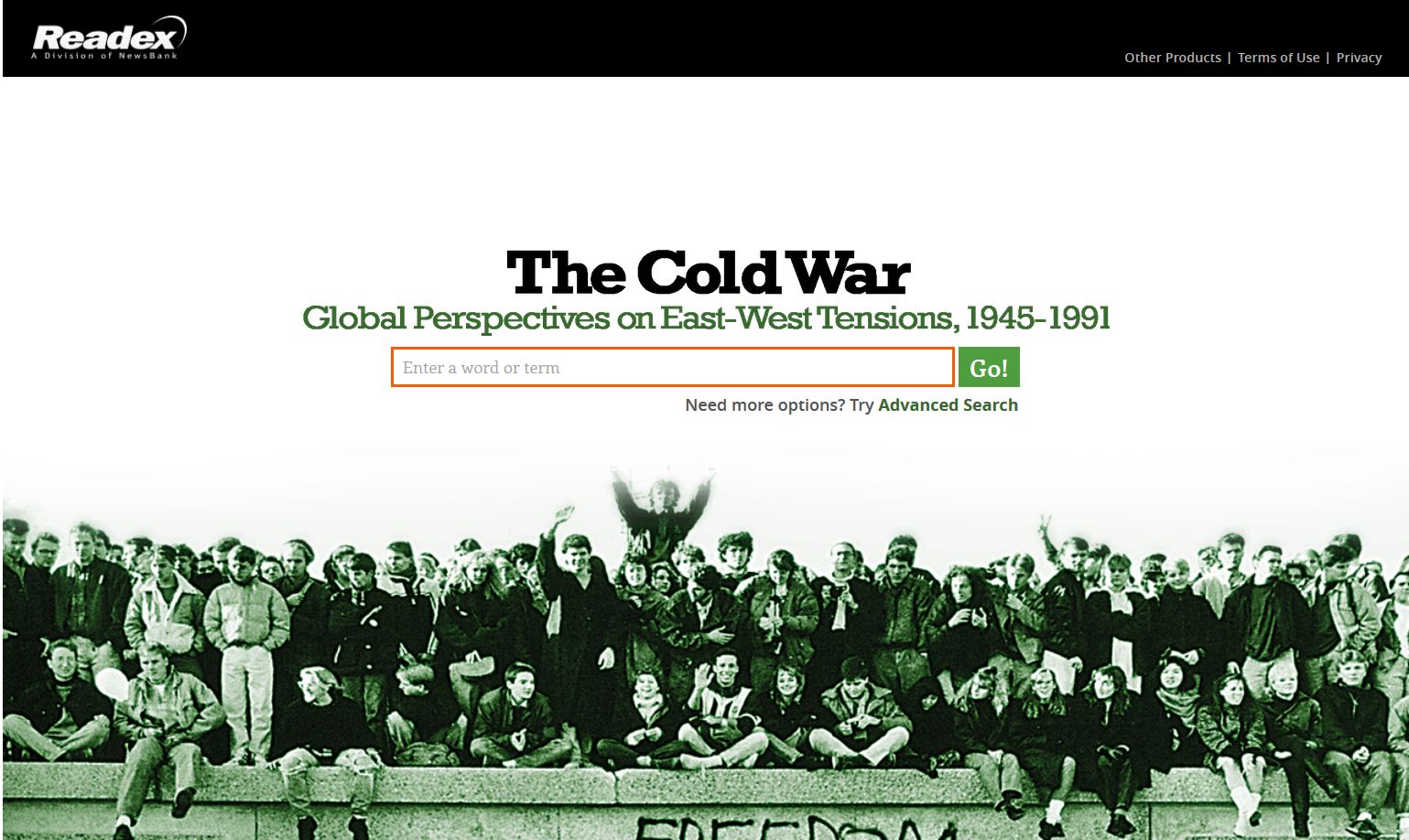 Thanks to colleagues in the Social Science Library, modern historians now have access to The Cold War: Global Perspectives on East-West Tensions, 1945-1991.