I am delighted to report that colleagues in the Oriental Institute Library have purchased online access to:

French Mandate in The Lebanon, Christian-Muslim Relations, and the U.S. Consulate at Beirut, 1919-1935 (Archives Unbound)

It is now accessible via SOLO and Databases A-Z to Oxford researchers.

Sourced from the U.S. National Archives, this collection consists of correspondence and telegrams received and sent by the American consular post in Beirut. The topics covered by these records include the protection of interests of American citizens, foreign trade, shipping, and immigration.

But there is more to these records than traditional consular activities—the Beirut post provides a unique look into the French Mandate in Syria-Lebanon. Consular officials reported on the administration of the Mandate, its problems, French repression and Arab rebellion.

There are unique materials on the Druse Rebellion of 1925, religious conflicts between Christian, Maronite, and Muslim communities, repression by French military forces, French efforts to settle Bedouin tribes in Syria, nationalist organizations and rebellion, anti-Zionism activities, riots and civil disturbances in the cities, villages and rural areas, failure of the Franco-Lebanese Treaty of 1936, creation of a new mandate administration in Syria in 1939, the war clouds in Europe, and Palestinian views on Syrian independence. 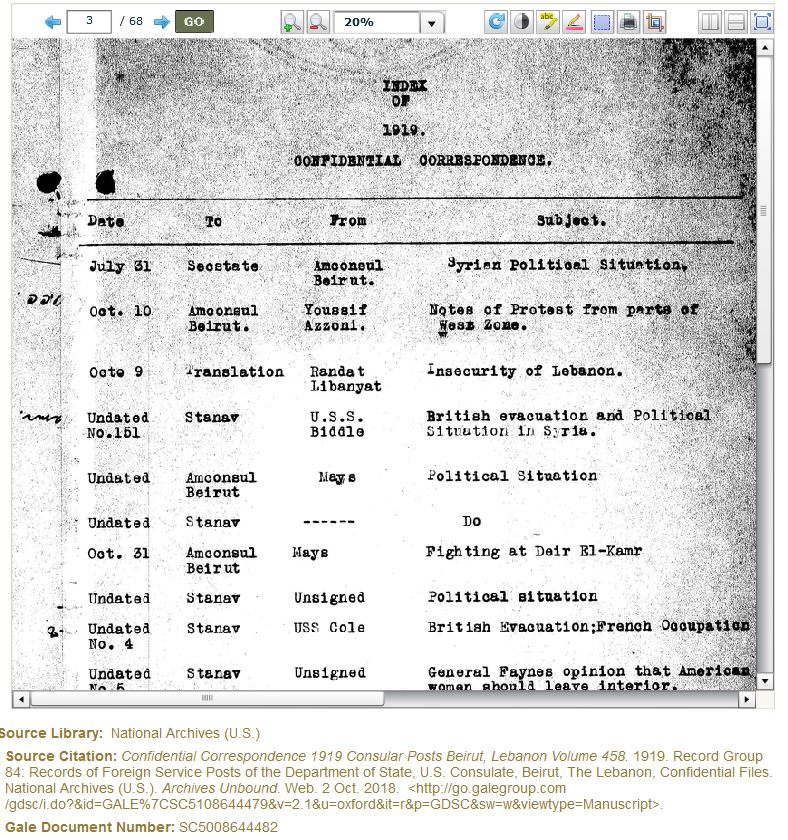