The Bodleian Libraries have committed substantial external funding to a one-off set of purchases of electronic research resources deemed to be important to researchers in the University. This follows a project to identify desiderata across all subjects and to list suggestions from readers. The list includes items costing up to £125,000 which cannot easily be covered by recurrent budgets. The first tranche of purchases includes a number of important primary sources from Gale Cengage, including Lebanon, Palestine, Syria, Trans-Jordan: Records of the U.S. Department of State, 1836-1944, together with their new Gale Digital Scholar Lab, which will allow digital research methods to be applied across all the primary sources published by them and acquired by the Bodleian Libraries. 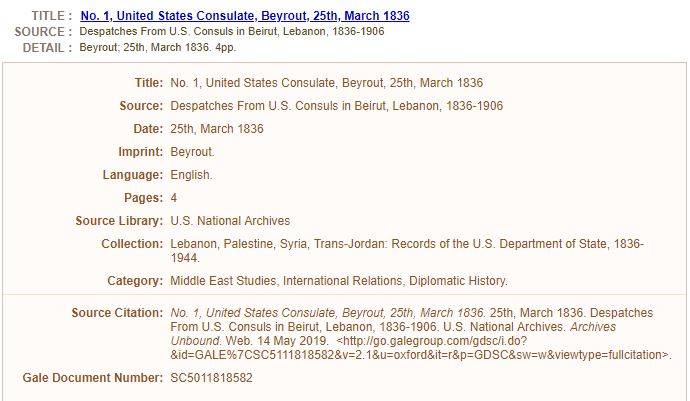 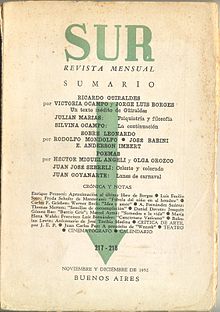 SUR is one of the most important and influential literary magazines published in Latin America in the twentieth century. This collection includes images of the complete magazine, including covers, photographs and advertisements, more than 50,000 pages; a comprehensive electronic index of 6,300 entries, correcting mistakes and inconsistencies found in the index published in the magazine; and a set of images of manuscripts from the first issue as well as an unpublished set of letters by Victoria Ocampo.

Founded in 1931 by Argentine intellectual Victoria Ocampo (1890-1979), SUR is well known throughout Latin America and Europe. Over its long and distinguished history, SUR featured the writings of the leading figures in literature, philosophy, history and the plastic arts not only from Latin America, but also from North America and Western Europe. Contributors included LeCorbusier, Lacan, Sarte, and Woolf; and Argentine authors include Borges, Cortázar, Silvinia Ocampo, and Bioy Casares. Through Ocampo’s social commentary and choice of contributors, she advanced an Argentine version of Liberalism at a time when most Latin Americans confronted reactionary regimes, military rule, economic chaos and demagogues.

This important literary title featuring the century’s principal authors and intellectuals is vital for historical research.