Adam Smith’s 1776 Inquiry into the Nature and Causes of the Wealth of Nations is generally considered to be the first modern work of economics, and economic history as a discipline is even younger, tracing its origins only to the late 19th and early 20th century. As a discipline, economic history can be variously defined as the study of the economic aspects of societies and individuals in the past, or the history of the economic use of resources such as a land, labour and capital, or the examination of the past performance of individual economies. It thus includes a number of different sub-disciplines such as financial and business history, or demographic and labour history, and asks questions about such diverse issues as the demand and supply of goods and services, production and costs of production, trade and trade routes, levels of income, distribution of wealth, or volume and direction of investment. But since historical economic phenomena have no existence independent of the social, political, cultural, religious and physical environment in which they occurred, economic historians will also draw on the areas of political science, sociology, psychology, anthropology, and might consider a wide variety of  factors including crime, education, the family, law, politics, religion, social institutions, war, science, and the environment.

This blog entry is not the place to get involved in the great debate of the exact relationship between economics, history and economic history (does any study of economics involve a component of economic history so that the two are inseparable? Or does economic history constitute its own field separate from mainstream economics? Does economic history belong into the History Department or into the Economics Department?) – without taking any sides, the History books newly arrived at the Bodleian I have chosen to highlight in this month’s blog are simply studies on any aspect of economics from a historical perspective, from discussions of a single historical person’s individual wealth or influence on economics, to the trade and industries of towns and cities, the economic situations and influences of larger regions, and finally global economic issues.

Economic history asks questions about some of the fundamental aspects of people’s lives in the past – how and where they lived, how they were born and died, how they worked and earned and spent their money. The factors that influence these include anything from climate and geography to political instability and form of government, the availability or discovery of natural resources, the size and health of population and availability of labour, the existence of natural or artificial infrastructure, and the development or invention of technology. Forces like these are usually understood to be outside the control of single, individual actors – but on the other hand an influential individual, be it a king or queen, politician or economic theorist, businessman or inventor, can certainly singlehandedly change the shape and direction of their society’s economy. 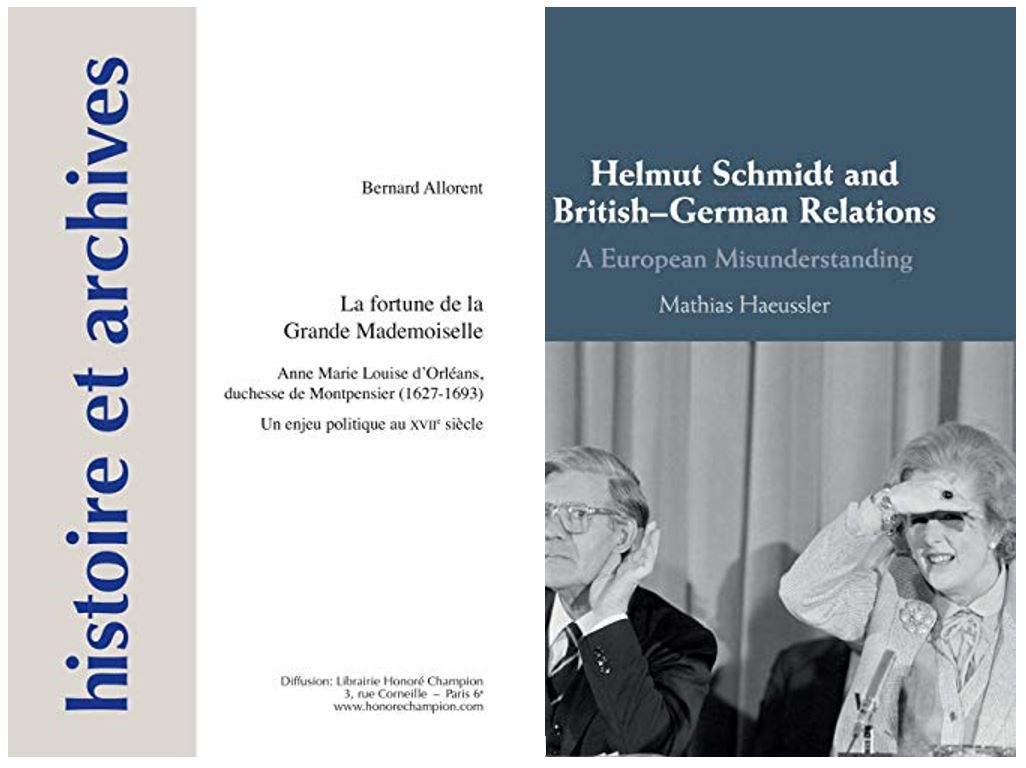 Bernard Allorent’s La fortune de la Grande Mademoiselle examines the personal fortune and property of Anne Marie Louise d’Orléans, Duchess of Montpensier (1627-1693), which most certainly qualified as “un enjeu politique”, “a political issue” of 17th century France.  One of the greatest heiresses in history, she died unmarried and childless, leaving her vast fortune to her cousin, Philippe of France, the younger brother of Louis XIV. The documentary evidence examined throws light not only on her fortune (and varying fortunes!) and its management, but also on the debt market of 17th century France, the general economic situation of her times, and the influence of the king in the management of her affairs which resulted in the ultimate transmission of her vast fortune to the royal family. An even greater influence by one individual on the economic affairs of two countries if not a whole continent, this time towards the end of the 20th century, is documented by Mathias Haeussler in his study Helmut Schmidt and British-German Relations. In his office as West German chancellor from  1974 to 1982, Schmidt clashed heavily and repeatedly with his British counterparts Harold Wilson, James Callaghan, and Margaret Thatcher – Schmidt’s competing vision of and incompatible strategy for post-war Europe and the issue of European integration not only influenced contemporary market forces, but had long-reaching repercussions on the shape of the European economy as it is today. 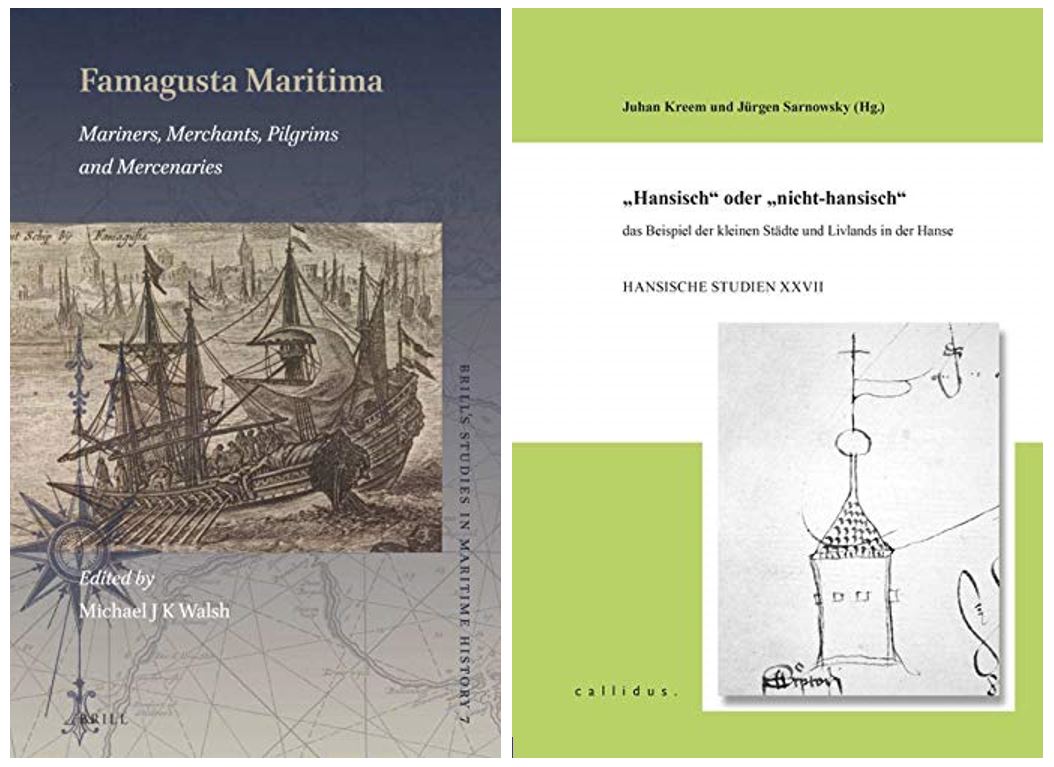 The influence of a place’s geography on its economy can be clearly seen in coastal towns and cities whose harbours ensured their development into and situation as major trading centres, often for centuries or even millennia. Venice is one of the great examples of these (see more on this in the next section), but Cyprus has a claim to a similarly long history in the city of Famagusta, the deepest harbour of the island, which dates back to the 3rd century BC, and developed from the early Middle Ages into one of the major trading ports of the Mediterranean in the possessions of Genoa, Venice, the Ottoman Empire, and finally the British Empire. The collection Famagusta maritima offers essays on a wide range of various economic aspects of the port’s history, from its relationship with both the Papal court and the Islamic world to the trade of such diverse merchandise as soap, olive oil, and slaves, to the modern economic boom brought by tourism in the British colonial and postcolonial era. Rather more northern coastal cities are the subject of a second collection of conference proceedings, “Hansisch” oder “nicht-hansisch”, which examines the smaller cities of Livland in the eastern Baltic. Hanseatic traders established trading posts in larger cities there already in early days of the League in the 12th century, but the present collection examines questions of membership and economic and political influence of Livland’s smaller towns, as well as the relationship of the entire region to the great organisation of the Hanseatic League. 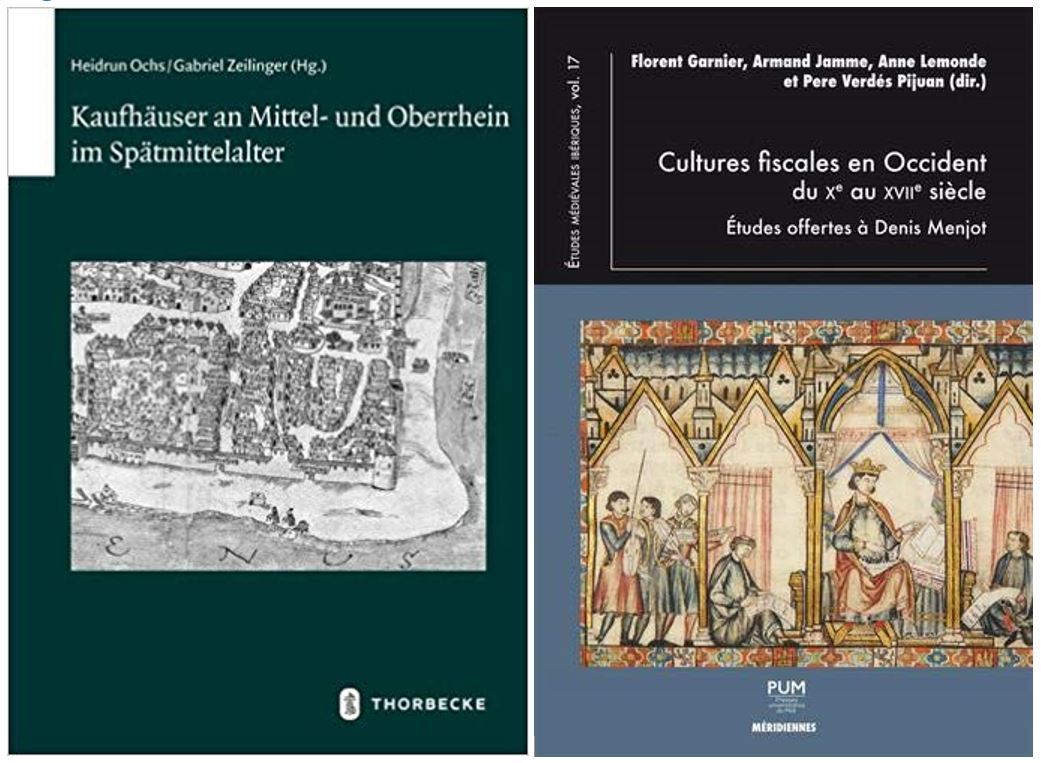 Widening the focus from the individual and the urban space of the city, four of the newly arrived books deal with the economic situation of larger regions. Kaufhäuser an Mittel- und Oberrhein im Spätmittelalter presents the proceedings of a conference on the subject of late medieval trade emporia, “Kaufhäuser”, the forerunners of the modern shopping centre, in the Middle and Upper Rhine valley – rather than dealing with individual establishments, the focus of the contributions is on the overall regional impact and operations,  including the influence of trade centres located in smaller towns. Medieval and early modern economics of Western Europe are the subject of Cultures fiscales en Occident du Xe au XVIIe siècle – Denis Menjot has a long distinguished career in the area of the financial, economic, social and political history of Castile and the towns and regions of medieval Spain, and the 28 contributions collected here in his honour touch on issues of taxes, fraud, the redistribution of resources, and financial government and its social effects in medieval and early modern Europe, with a focus on both the idea of the common good in the Middle Ages and that of fiscal citizenship today. 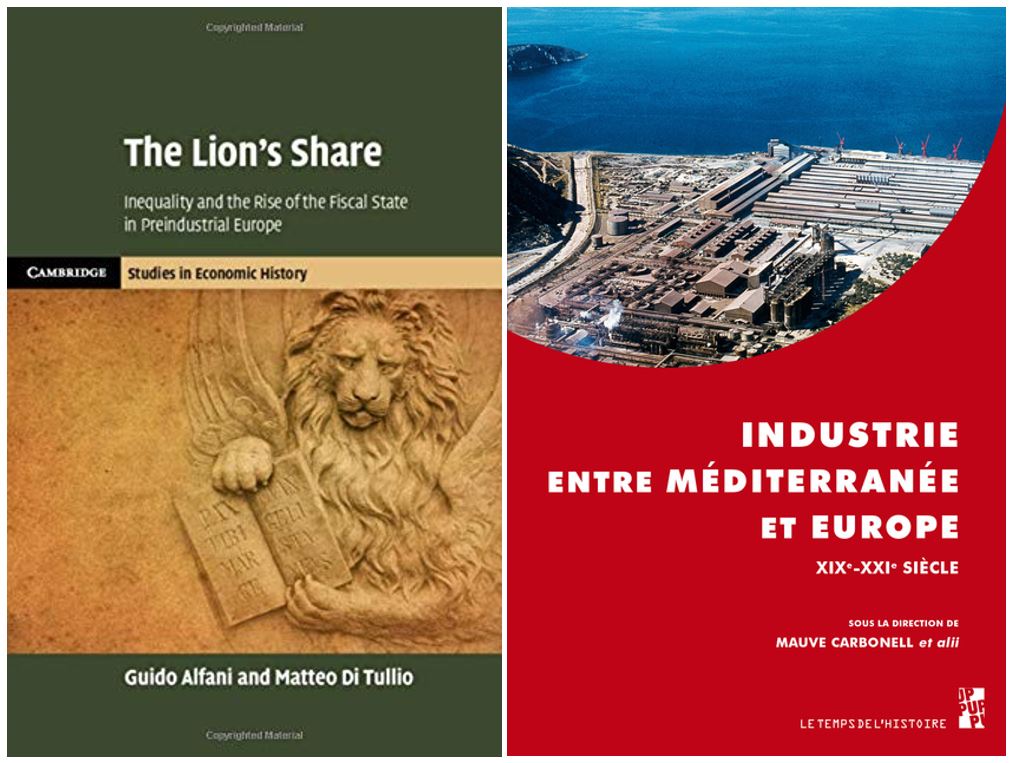 Renaissance economic history, more specifically the economic influence of Venice and it surrounding region on Old Regime Europe, with a special focus on the issue of economic inequalities, is then the subject of Guido Alfani’s and Matteo di Tullio’s The Lion’s Share. Comparing data from the Venetian Terraferma and the rest of early modern Europe, the two authors argue for the rise of the fiscal-military state (with its disparities in wealth increasing through taxation destined to fund war and defence rather than social welfare) as the root cause of modern inequality and social stratification. A second Festschrift, this one in honour of Philippe Mioche whose areas of interest include industrial history and the history of the European Union, moves us into the modern age: the studies in Industrie entre Méditerranée et Europe, XIXe-XXIe siècle explore contemporary industrial history of Europe and the Mediterranean region through the analysis of its main actors, from the human managers and workers to factories and companies, from family businesses to large international groups, and from mines to furnaces. They trace the influences of international and European policies on these industries, as well as their evolution and their heritage, from the 19th century to the present day. 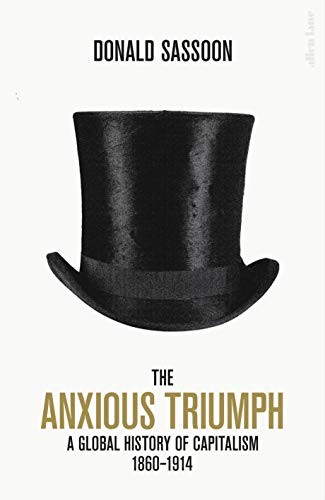 Finally, the last newly arrived book I would like to highlight this month moves us onto the stage of global or world economics: in The Anxious Triumph: A Global History of Capitalism, 1880-1914 Donald Sassoon looks at the establishment of the modern political frameworks all over the world which enabled the globalisation and dominance of capitalism as a system, from the unifications of Italy and Germany to the establishment of a republic in France, the elimination of slavery in the American south, the Meiji Restoration in Japan, and the emancipation of the serfs in Tsarist Russia. Sassoon’s study analyses the impact of capitalism on the histories of many different states as well as its chronic instability, the “anxious triumph” of his title, focusing on the role of the state as an “overseer” of the capitalist “war of all against all” – necessary to develop a welfare state, to intervene in the market economy, and also to protect it from foreign competition.

You can find more books on the subject on our online LibraryThing shelf tagged with economic history or economic conditions.