The early modern understanding of the term “historiography”, attested in the OED from 1565, is simply as “the writing of history” or “written history”, and the title or role of “historiographer” simply as “historian” – or even as “official historian”, in evidence for example in the title of “Historiographer Royal of Scotland” which is still in existence today.

The modern sense of “historiography” as we understand it today, attested in the OED with quotations from 1889, is, of course, more specifically as “the study of history-writing…as an academic discipline” – in the broadest sense of the term historiography deals with the writing of history. It is “meta-history”, the study of the history of history, as well as of the historians who wrote this history, and of the principles and techniques of the writing (and studying) of history – historiography does not study so much the events of the past as the different interpretations of those events as presented by earlier historians, or the different methods used by these historians to present their version of historical events.

With this definition in mind, a number of different types of studies can be subsumed under the heading of “historiography”, from editions and translations of historical accounts to collections of critical essays on a specific topic or time period or country; from studies of a historian’s methods to biographies of influential historians; and last but not least the classic “histories of history” which try to offer a condensed yet comprehensive account of a historical discipline (e.g. social or economic history) or of the history of a country or region – or even of the history of the world. This month’s blog introduces some of the newly arrived Bodleian books which can be classified as “historiography” in this wider sense.

In the study of how historians write history, editions and translations of historical accounts have a definite place. Whether these are records of contemporary history or biographies of their great contemporaries by past historians, or maybe personal diaries and letters which comment on current affairs and how these are presented in contemporary records, or collections or translations of modern historical studies on a given topic – all of these can be looked at as different forms of historiographical sources. 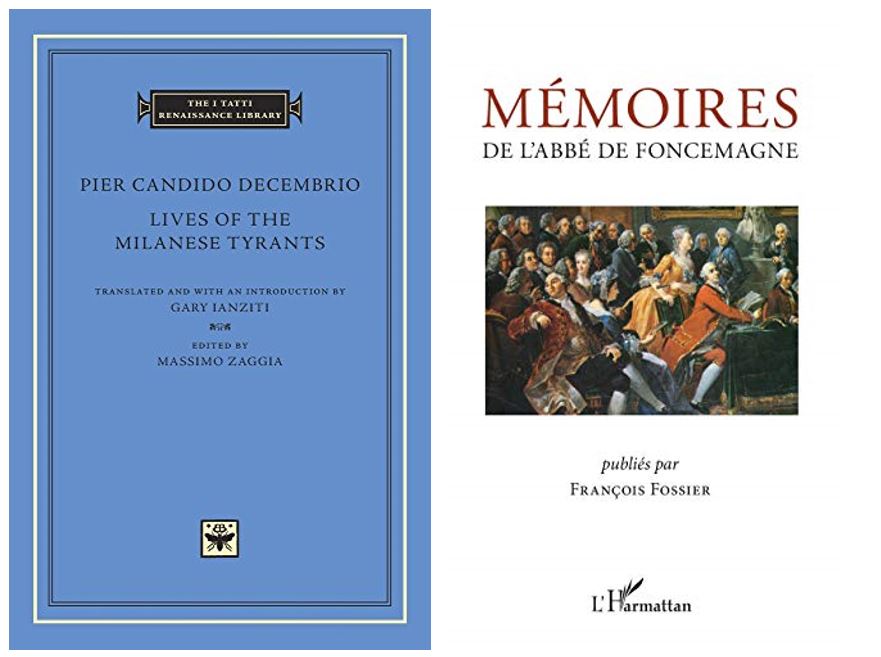 Some contemporary biographical writing from the Italian 15th century is newly edited and translated in Lives of the Milanese Tyrants, which contains two biographies by the Milanese humanist Pier Candido Decembrio (1399–1477), secretary and envoy to the bizarre and powerful Filippo Maria Visconti, Duke of Milan. Pier Candido’s masterpiece of Renaissance biography, based on decades of direct experience at the Duke’s court, is here followed by his fascinating account of the deeds of Visconti’s successor Francesco Sforza, the most successful mercenary captain of the Renaissance. Similar eyewitness accounts of a historian close to royalty can be found in an edition of the Mémoires de l’abbé de Foncemagne – Étienne Lauréault de Foncemagne (1694- 1779) frequented the Parisian salons of the 18th century and was a member of both the Académie française and the Académie des inscriptions et belles-lettres. Friend of Edward Gibbon and author of essays on topics ranging from French royal history and the Salic Law to a Dissertation préliminaire sur la Cuisine moderne, he was a tutor to the future Duke of Orléans (one of the wealthiest men in France, the Louis Philippe later known as Philippe Égalité) and thus in a prime position to give a detailed portrait of the man. 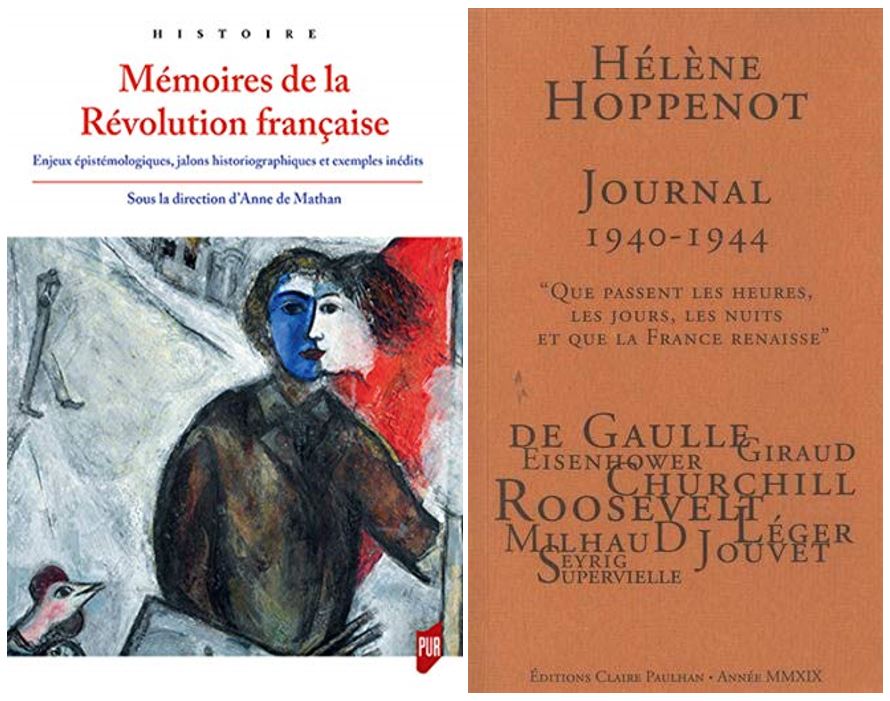 The disparity between personal, recorded memories of historic events, and their official representation (including their distortion, censoring, or omission) are the subject of two further volumes arrived newly at the Bodleian. The proceedings of a 2013-15 research seminar in Brest published as Mémoires de la Révolution française advertise themselves as dealing with “epistemological issues, historiographical milestones and unpublished examples” on the topic of the French Revolution. The contributions focus on the difference between memory of the past (“the activity of more or less faithfully encoding and restituting data”) and history (which they define as offering “a verifiable account of the past”), thematize of the production, maintenance, or occlusion of such memories and how they might present “history”, and explore the diversity of international historiographies of the period. Differences between personal memory or records, and official versions of historical events, here in the contemporary press, are also a focus in the third volume of the collected diaries of Hélène Hoppenot, Journal 1940-1944 (with the previous two volumes containing the diaries of the years 1918-1933 and 1936-1940 respectively). As the wife of the French diplomat Henri Hoppenot, stationed variously in Uruguay, Brussels, and the US, Hélène Hoppenot was in an excellent position to record firsthand experiences of the Vichy government, the rise of Charles de  Gaulle, the events of D-Day, and the Liberation of Paris, and she stresses her efforts in trying to faithfully record words heard and things seen behind the scenes before finding them misrepresented or even repressed by journalists with a specific political agenda. 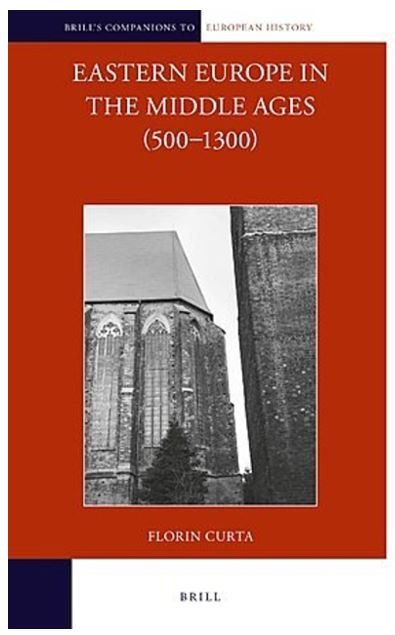 Finally, a true collection of historiographical sources can be found in Florin Curta’s 2-volume Eastern Europe in the Middle Ages (500-1300), which sets out to remedy the fact that only around 11% of the historiographical literature published on the medieval history of Eastern Europe is in English – in its translations of seminal historiographical writings from 10 different languages into English it provides a comprehensive summary on the existing literature that would be otherwise inaccessible due to linguistic barriers, presenting an overview of the current state of research as well as an introductory bibliography in English.

Two of the new books arrived over the last couple of months at the Bodleian deal with the historian as an author, and with the issue of authorial self-consciousness, or self-affirmation, in the work of recording events of the past or present. 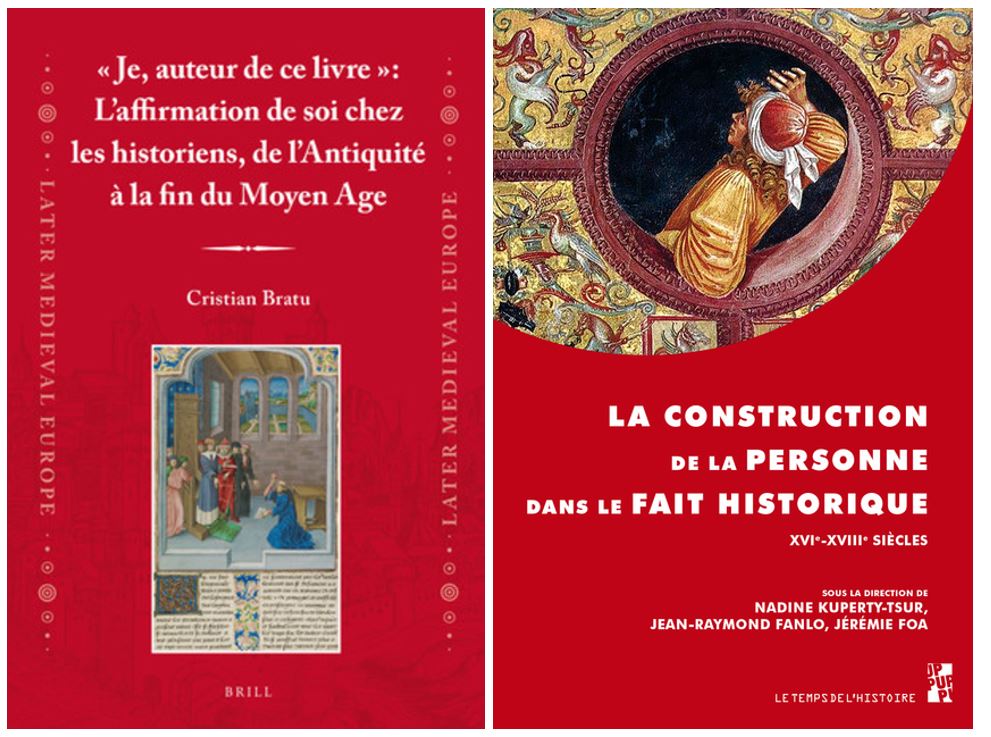 To shed new light on the authorial figures of ancient and medieval historians “Je, auteur de ce livre” by Cristian Bratu discusses authorial self-representations and self-promotion strategies in the works of historians from Antiquity to the later Middle Ages, from the emergence of the author in the Greek and Roman histories to the not exactly self-effacing vernacular French medieval historians of the 12th to 15th centuries. Following on where Bratu leaves off, the collection on La construction de la personne dans le fait historique focuses on the authorial figure in historical writings from the 16th to the 18th century. The studies collected here thematize once more the tension between memory and historical record, but also the awareness that as a political actor as well as a historian one’s historical narratives shape the image of the self which one leaves to posterity – whether in the historian’s conscious inscription of the self in history or, on the other hand, their attempts to erase or distance themselves from events.

As it is the study not only of the history of history, but of the historians who wrote this history, we can include a number of biographies of eminent historians as belonging among the new historiography books at the Bodleian. 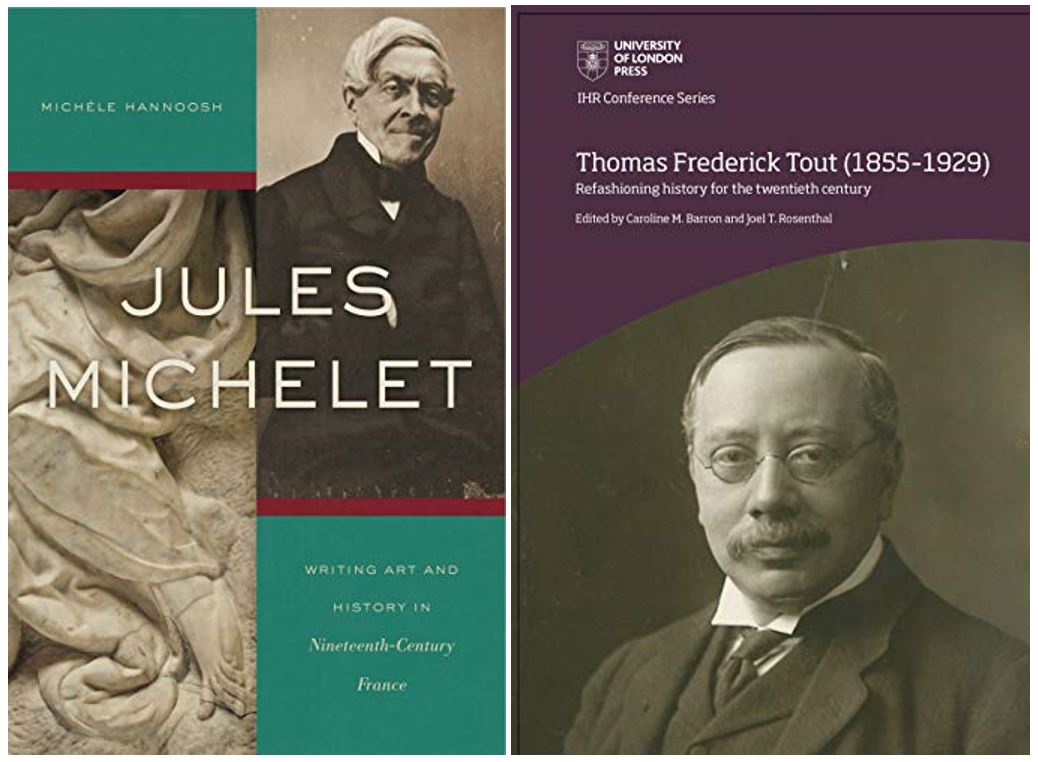 The first of four new studies features the influential 19th century French historian and founder of modern historical practice Jules Michelet (1798-1874). Michèle Hannoosh examines the role of art writing in Michelet’s work and shows how the visual arts, at the very centre of Michelet’s conception of historiography, decisively influenced his theory of history and his view of the practice of the historian. The historian who is subject of the second study is situated at the tail-end of the 19th and the beginning of the 20th century: Thomas Frederick Tout (1855–1929), one of the most prolific English medieval historians of his time. This book presents biographical studies dealing with Tout’s early career and his work at Manchester University, examine his wide-ranging influence on the study of history, and discuss Tout’s life and writings, his political and academical influence, and his lasting legacy on our understanding of the Middle Ages. 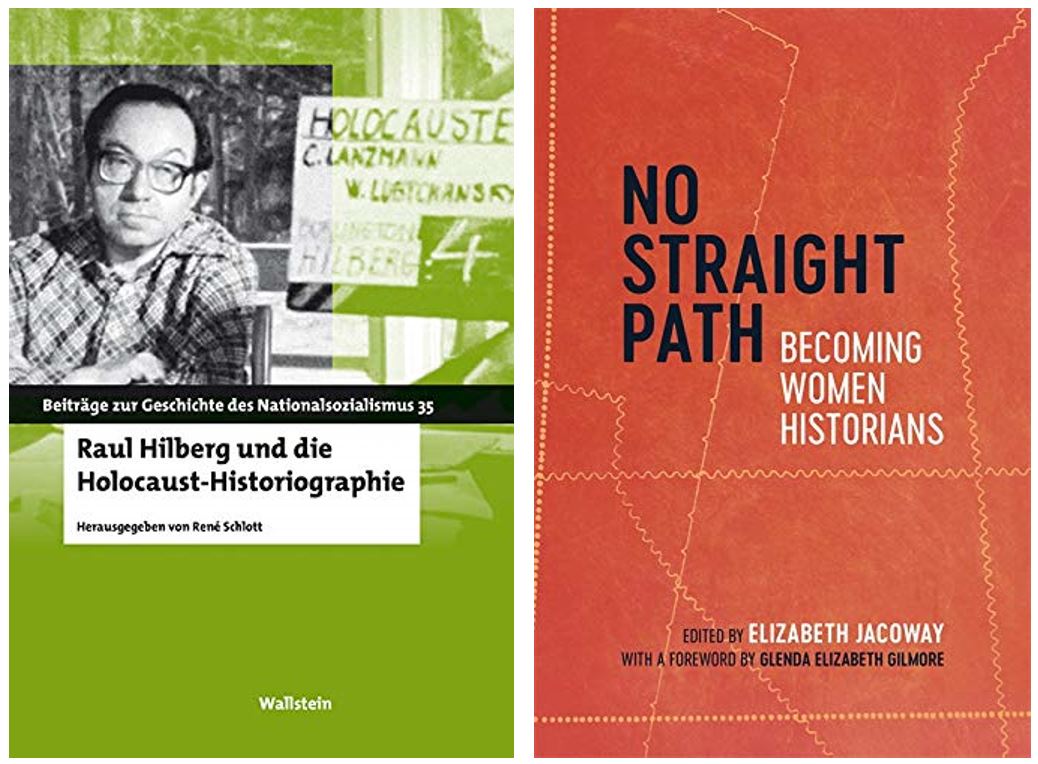 Moving into the later 20th century, Raul Hilberg und die Holocaust-Historiographie is dedicated to one of the first and foremost historians on the Holocaust and the genocide of the Jews of Europe. The volume collects papers from the 2017 conference in Berlin held on the occasion of the 10th anniversary of Hilberg’s death, and the contributions range from a critical appraisal of Hilberg’s pioneering 1961 study The Destruction of the European Jews to biographical sketches, discussions of ethical questions raised in his work, and the impact of Hilberg’s work on the study of the Holocaust in our century. Historians of the post-World War II era are also the subject of No Straight Path, which presents first-person accounts of the careers of ten successful female historians in a predominantly male-dominated professional world. Starting from college and public-school teaching, or marriage and motherhood, and making the unusual decision (at the time) to move beyond high-school teaching and attend graduate school, the experiences of these historians from the southern United States are varied and distinctive in their respective paths to become a member or even chair of the History Department at the University of Memphis, or Professor for History at Tulane University. The authors discuss the issues they faced including gender inequality and problems with their work/home balance, but also their role models on the path of becoming professional female historians.

Somewhat shorter than John Burrow’s comprehensive 2007 study A History of Histories, and also than his own 2012 A Global History of History, Daniel Woolf’s new 2019 publication A Concise History of History is meant as an introduction for those studying or teaching historical theory and method, or historiography. Keeping to the promise of its subtitle to be a “global historiography from antiquity to the present” despite its conciseness, it contains a number of helpful features designed to assist in making sense of the vastness of human history such as timelines listing major dynasties or regimes throughout the world, outlines of historiographical developments, or guides to key thinkers and seminal historical works. Its chapters cover topic such as the earliest historical writings, the history of Eurasia to the 15th century, the sense of the past in early modern and Renaissance history, the impact of imperialism and sciences on historiography in the 18th and 19th centuries, historical writing in the 20th century, and a look at new, future directions of historiography. 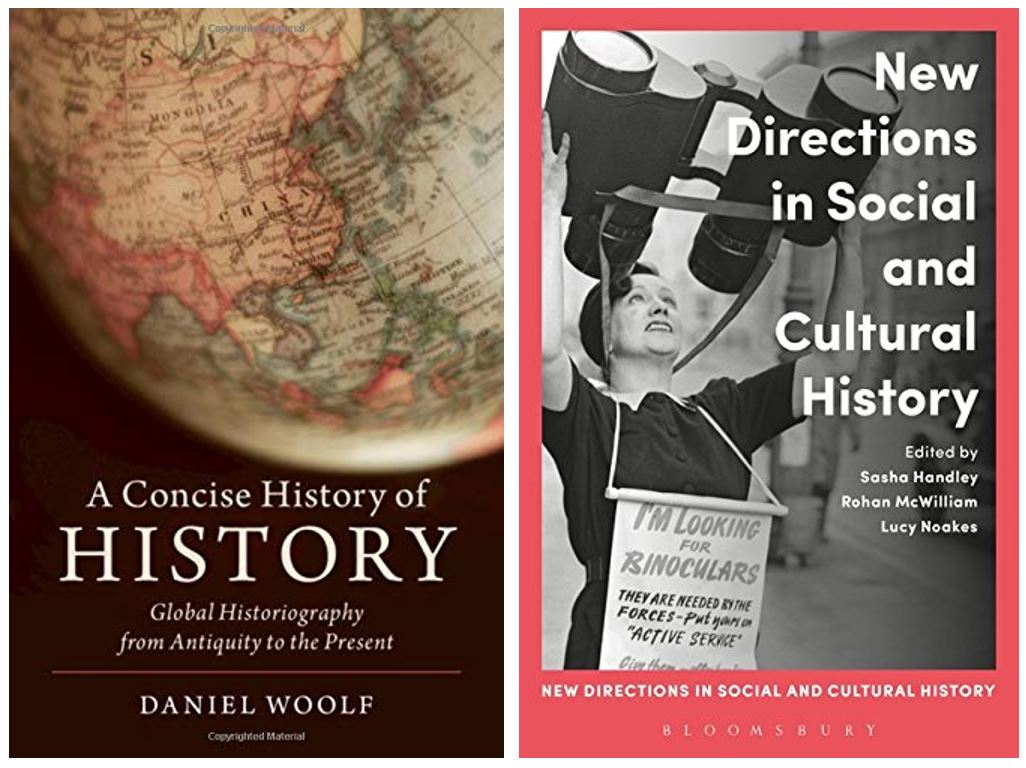 This final topic is also discussed for a more specialist section of historical studies in New Directions in Social and Cultural History. Leading historians in the field here reflect on what it means to be a social or cultural historian today; muse on what challenges and opportunities await historians in the early 21st century in this age of digital and public history; discuss key developments and important shifts and interventions in the theory and methodology in their fields; and suggest future developments and emerging areas of historical research, providing a comprehensive overview of the field for any student or scholar of social and cultural history and historiography.

You can find more books on the subject on our online LibraryThing shelf tagged with”historiography“.