March is Women’s History Month in the UK, an event intended to highlight the contributions of women to events in history and contemporary society.

While much of “feminist history” is more specifically concerned with the re-reading of history from a female perspective, and re-interpreting history in a more balanced manner, “women’s history” tends to be more generally focused on the study of women in history, their roles, contributions, and situations in life. History was of course written mainly by men and about men’s activities in the public sphere, from war to politics and diplomacy, to science and literature and intellectual history – for a large part women are either excluded, or included only as the wives, mistresses, mothers and daughters of men, or portrayed in stereotypical ways. In his answer to the question “What is Women’s History?”, James F. McMillan thus defines women’s history as being “about putting women back into the historical picture from which, through the predilections of generations of male historians for writing about masculine-oriented activities such as war, diplomacy and affairs of state, they had largely been excluded.” The intent is thus to clearly acknowledge that women have a history of their own, and that gender is as powerful a determining factor as race or class or colour.

In her answer to the same question in the above article, Olwen Hufton mentions three distinct aspects of women’s history as an area of study: to discern women’s past roles and situations, locating them in the social, economic, political, religious and psychological world of traditional society; to give any historical period a “gender dimension” by acknowledging how the attitudes or positions of women influenced the course of events; and re-examining historical accounts collected or compiled by men and based on male assumptions and a masculine conception of both women and themselves.

Contributions to women’s history thus can range from studies of personal achievements of individual or groups of women throughout recorded history, the effect of historical events specifically on women, or the changes in women’s status, social situation or rights in different countries or historic eras. In this month’s blog on the new history books arrived at the Bodleian in the course of March we’ll be looking at a number of studies that focus on interesting women from a wide range of times and cultures (from the Middle Ages to the 21st century), from a wide range of social circumstances (from queens to nuns and suffragettes to musicians), and involving a wide range of literary genres (from memoirs to correspondence to hagiographies). 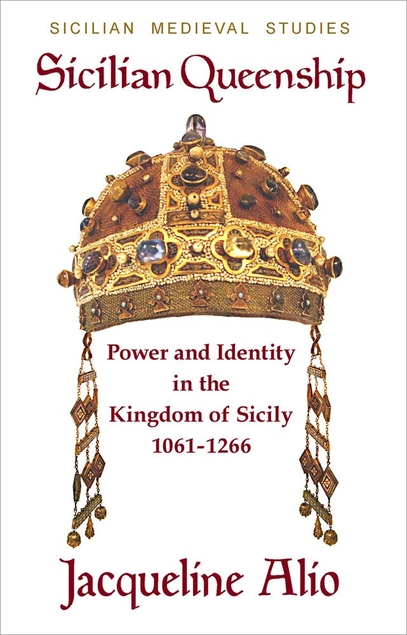 Calogera Jacqueline Alio’s volume on Sicilian Queenship supplements her Queens of Sicily 1061-1266 (2018), which contains the biographies of eighteen of the countesses and queens of the Kingdom of Sicily during the Hauteville and Hohenstaufen reigns. This follow-up publication  further explores the queens’ use of power and the Sicilian cultural identity forged by these women, from political issues such as their strategies for the suppression of adversaries, to social issues such as  patronage and heraldry, and to cultural aspects such as sexuality, poetry, and even cuisine. 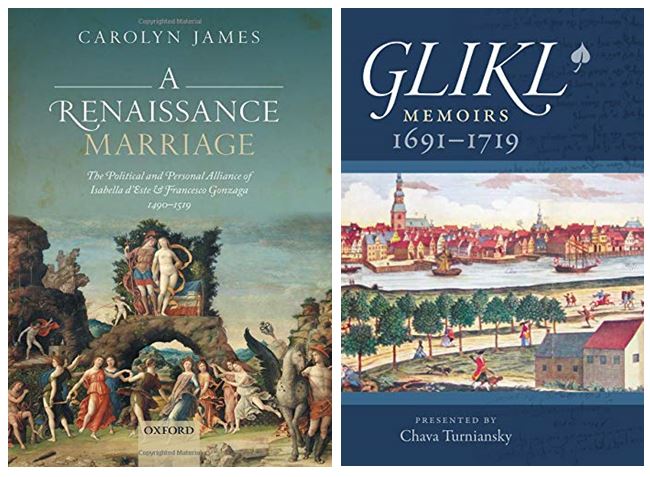 An aristocratic woman is also at the centre of Carolyn James’ A Renaissance Marriage, which offers a fascinating account of a political marriage in Italy in the late 15th and early 16th century. Drawing on unpublished correspondence between and by Isabella d’Este and her husband Francesco Gonzaga, rulers of Mantua, the correspondence illustrates the couple’s marriage throughout political challenges such as the Italian Wars of the early 16th century and the public health crisis of the spread of syphilis in Renaissance Europe, painting a vivid picture of a woman in a Renaissance marital relationship as well as contributing to the history of emotions, of politics and military conflict, of childbirth, childhood and family life, and of disease and medicine.

Rather than merely the biography or correspondence, it is the autobiographical writings of a fascinating woman from the early modern era which are newly translated from the Yiddish in Glikl: Memoirs 1691-1719. Glikl bas Leib, also known as Glückel of Hameln, was a Jewish businesswoman in Germany, and her memoirs, begun after the death of her beloved husband, record the varying fortunes of her family and community over the course of 30 years. With its undeniable literary qualities, recounting of traditional tales and beliefs, indebtedness to contemporary Yiddish moral literature and especially in the significance she assigns to her own life experience, Glikl’s memoirs serve admirably for putting herself firmly into the historical picture of early modern Germany. 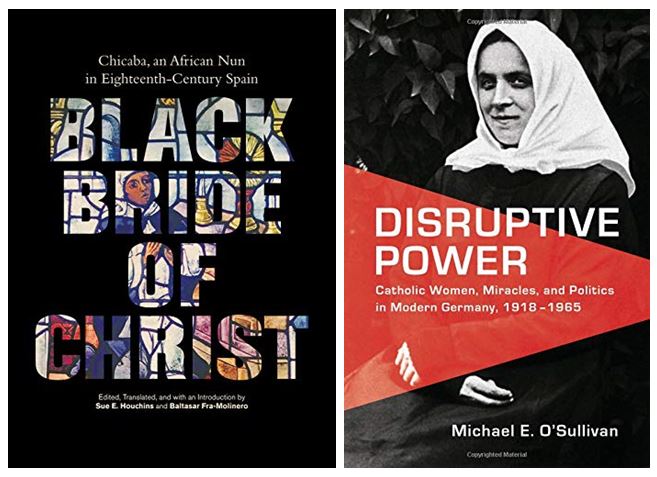 Two studies of religious women are next in the roughly chronological order of this blog. The first of these is Sue E. Houchins’ and Baltasar Fra-Molinero’s Black Bride of Christ, the first English translation of the Compendio de la vida ejemplar de la Venerable Madre Sor Teresa Juliana de Santo Domingo by Juan Carlos Pan y Agua (1752) , the hagiography of Teresa de Santo Domingo. Born as a tribal princess in West Africa with the name of Chicaba, enslaved by the Spanish and later freed to enter a convent, her acts of charity, her mystical experiences, and her fame as a healer or miracle worker led to her beatification after her death. The hagiographical biography translated here is not only the basis of the continuing efforts to have her canonized, but a vivid account of the life and times, struggles and successes of a black slave woman in 18th-century Spain.

Michael E. O’Sullivan’s Disruptive Power then focuses on a similarly fascinating and influential religious woman in the context of a surprising revival of faith in Catholic miracles in Germany from the 1920s to the 1960s, originating from the case of this particular mystic and stigmatic, Therese Neumann of Konnersreuth. O’Sullivan explores the political and social agenda of the “rebellious traditionalists” which were her followers, from theologians, politicians and journalists to Cardinals and everyday pilgrims, and their route from the Weimar Republic through the Third Reich, and into the Federal Republic of Germany. Drawing on archival material from Germany and the US, the focus also widens to visionaries and mystics in a number of rural towns after World War II, providing micro-histories that illuminate the impact of mystical faith on religiosity, politics, and gender norms. 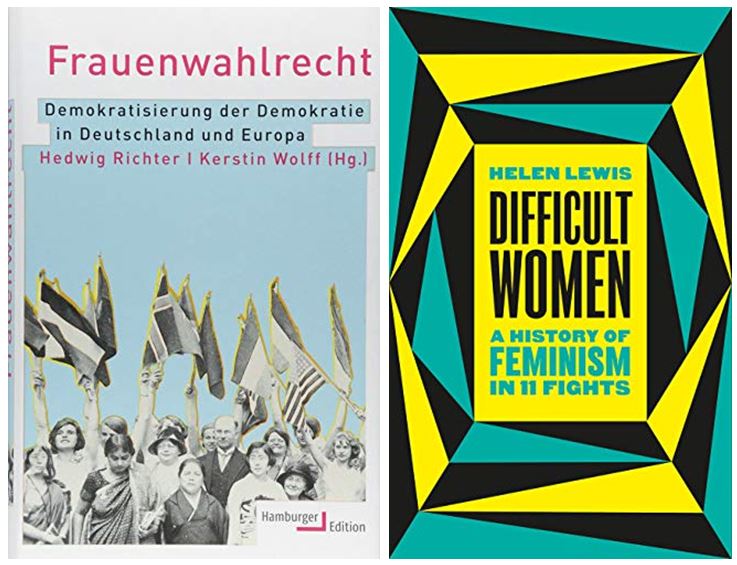 The final three studies I would like to highlight in this month’s blog are studies of modern history, and two of them show the truth of the well-known aphorism that well-behaved women never make history – they are accounts of some of the female troublemakers, dissidents, agitators and campaigners who challenged the male dominance of democracy, religion and society, and in doing so changed the world. Hedwig Richter’s Frauenwahlrecht documents the fight of women for their right to vote from the middle of the 19th to their successes in Europe at the beginning of the 20th century, and beyond these to the struggle for equal rights for women still ongoing today. The women’s movements to claim their space in the public and political sphere undeniably caused one of the great changes of society mentality, and the various contributions to this volume show the eventful history of women’s suffrage from a number of different perspectives with a distinct focus on the international character of this struggle. Helen Lewis with Difficult Women: A History of Feminism in 11 Fights then really takes the aphorism to heart, showing how much of feminism’s success can be attributed to complicated, contradictory, or imperfect women. However, because they were fighting each other as well as fighting for equal rights many of these difficult women have, Lewis argues, been whitewashed or forgotten in the modern search for feel-good, inspirational heroines. Drawing on archival research and interviews Lewis presents the histories of these troublemakers, from working-class suffragettes to the twenty-first-century campaigners for abortion services, in an attempt to show the history of women’s rights in an unvarnished light. 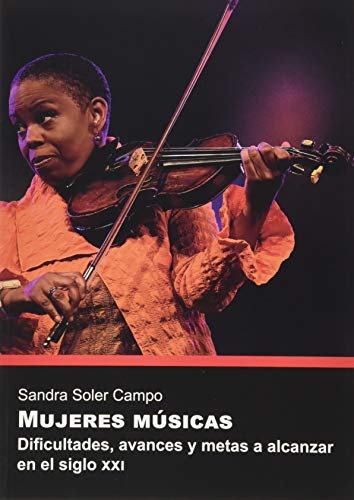 Sandra Soler Campo’s Mujeres músicas takes the history of women composers, performers or conductors right up to the present time in a re-discovery of professional females who were, she argues, silenced and often ignored until the 70s and 80s of the last century, when at last a considerable number of female musicians began to be sufficiently acknowledged in the English-speaking world as both prominent and influential. Soler Campo traces the challenges faced by female musicians from the Middle Ages to the Renaissance, Baroque, Romantic and into the twentieth century; looks at contributions made to the history of women musicians in musicology, history and gender studies; and examines female professional musicians as orchestra members, conductors, composers, and performers in the 20th and 21st century, discussing the difficulties they face, advances they have made, and the goals to be achieved for them in the 21st century.

You can find more studies that contribute to Women’s History on our LibraryThing profile tagged with “women” or “feminism“.

Please note: as the Bodleian Libraries are closed during the current COVID-19 outbreak, this new history books blog will unfortunately be on hiatus for the duration of the global health crisis. You can explore our LibraryThing shelf here, either by simply browsing or by exploring tags for subjects you are interested in, and access past themed blog posts on the Bodleian new books here.