The cult of the personality is central to all recorded history, and the names of individuals figure prominently in history from its earliest records, such as in regnal eras from Ptolemaic Egypt to Augustan Rome, the Meiji era of Japan, Victorian Britain, or Napoleonic France; but also in ideological movements, whether scientific, political or religious – from the Copernican model of the universe or Darwinism to Marxism and Leninism or Thatcherism, and to Confucianism, Buddhism, Calvinism and Christianity.

The importance of the individual in history is a much debated issue, especially among Victorian historians and political theorists – in his famous 1841 On Heroes, Hero-Worship, and the Heroic in History Thomas Carlyle proposes his Great Men theory which assigns credit (or responsibility, or even blame, as the case may be) for major developments of history to remarkable individuals of their times (Lecture 1, “The Hero as Divinity”, p. 21):

Universal History, the history of what man has accomplished in this world, is at bottom the History of the Great Men who have worked here. They were the leaders of men, these great ones; the modellers, patterns, and in a wide sense creators, of whatsoever the general mass of men contrived to do or to attain; all things that we see standing accomplished in the world are properly the outer material result, the practical realization and embodiment, of Thoughts that dwelt in the Great Men sent into the world: the soul of the whole world’s history, it may justly be considered, were the history of these.

One of the most influential publications which takes a completely opposite view is Georgi Valentinovich Plekhanov’s 1898 The Role of the Individual in History, representative of a view of history proposed by a movement which is somewhat ironically named after what Carlyle would certainly have termed one of the Great Men of History – “Marxism”. Plekhanov claims (p.55):

Individual causes cannot bring about fundamental changes in the operation of general and particular causes which, moreover, determine the trend and limits of the influence of individual causes.

He argues that history should be seen neither as the consequence of the actions of individuals “from above” (nor of movements “from below”), but concedes that “there is no doubt that history would have had different features had the individual causes which had influenced it been replaced by other causes of the same order” since “the personal qualities of leading people determine the individual features of historical events” (pp. 55-56).

And similarly, Lenin (Collected Works vol. 1, p. 159) declares in his comments on “What the ‘Friends of the People’ Are”:

“…the idea of historical necessity does not in the least undermine the role of the individual in history: all history is made up of the actions of individuals, who are undoubtedly active figures.”

The eBooks I would like to highlight in this blog are concerned with individuals in history, though not necessarily in the sense of Carlyle’s  “Great Men” (and presumably “Great Women”?) of history, or even Plekhanov’s “individual causes”, but more with Lenin’s understanding that all history is made up of the actions of individuals, This does not mean that these books are therefore necessarily biographies of individuals or microhistories of a group of individuals (though some of them are), but simply that they are very personal to the individual in some way or other, encompassing personal narratives or experiences as well as the study of particular individuals in history – or even works with a very personal focus that the writer intended for or addressed to very specific individuals, such as the first two books presented here. 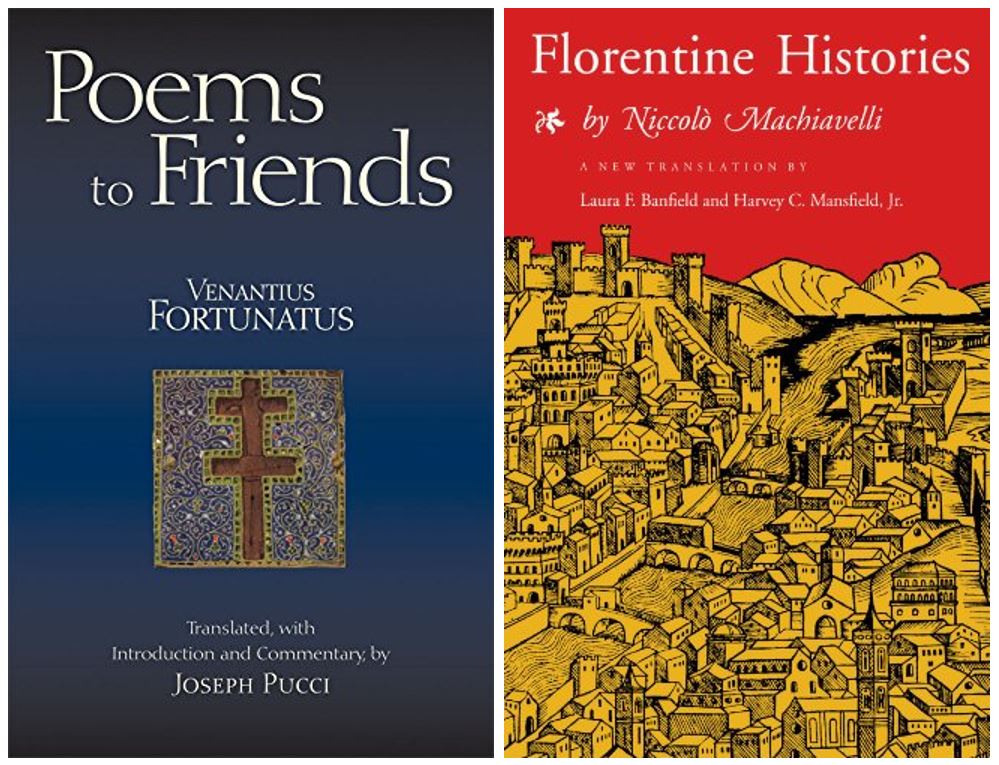 The poems of Venantius Fortunatus (c. 535-600) have long been mined as a historical source for Merovingian society, but are remarkable not only for their literary quality, but for the very personal dimension of a number of the surviving examples which chart emotions and relationships – from poems accompanying personal gifts to an aristocratic lady, clever banter addressed to a bishop, expressions of longing for and wishes of safety to travelling friends, poems as thanks for gifts received, apologies for being unable to visit and wishes for reunions, pleas for protection to powerful figures like Gregory of Tours, consolations for widowed queens, and many which are simply an affectionate “hello” from the poet to his distant friends. Under the title of Poems to Friends a number of these personal writings are now newly available as an eBook in the 2010 translation into free verse by Joseph Pucci, with introductory material on late antique Gaul, Fortunatus’ biography, interpretations of the poems, prosopographical introductions, maps, and a bibliography which offer a wider context for these often very touching poems. A piece of historiography which is very much written for one particular person, as well as deeply connected to the author’s personal history, are Machiavelli’s Florentine Histories, commissioned in 1520 by Giulio Cardinal de Medici, and used by Machiavelli as a way to work his way back into his good graces. Presented to Giulio (now Pope Clement VII) in May 1526, it was first printed in 1532, 5 years after Machiavelli’s death. Clearly not a work born of personal inspiration, this is received history, reworked from earlier chronicles, covering, as the author phrases it, “the things done at home and abroad by the Florentine people” from the decline of the Roman Empire up to the death of Lorenzo de’ Medici in 1492, with four of their eight books dedicated to the fight for power and the Medicean lordship. Nevertheless, the work bears ample witness to the author’s literary style, and contains numerous entertaining episodes of high drama and glimpses of humour, resulting in a at times gripping and at times tedious work which is redeemed by the insights of one of the greatest political thinkers of all time. 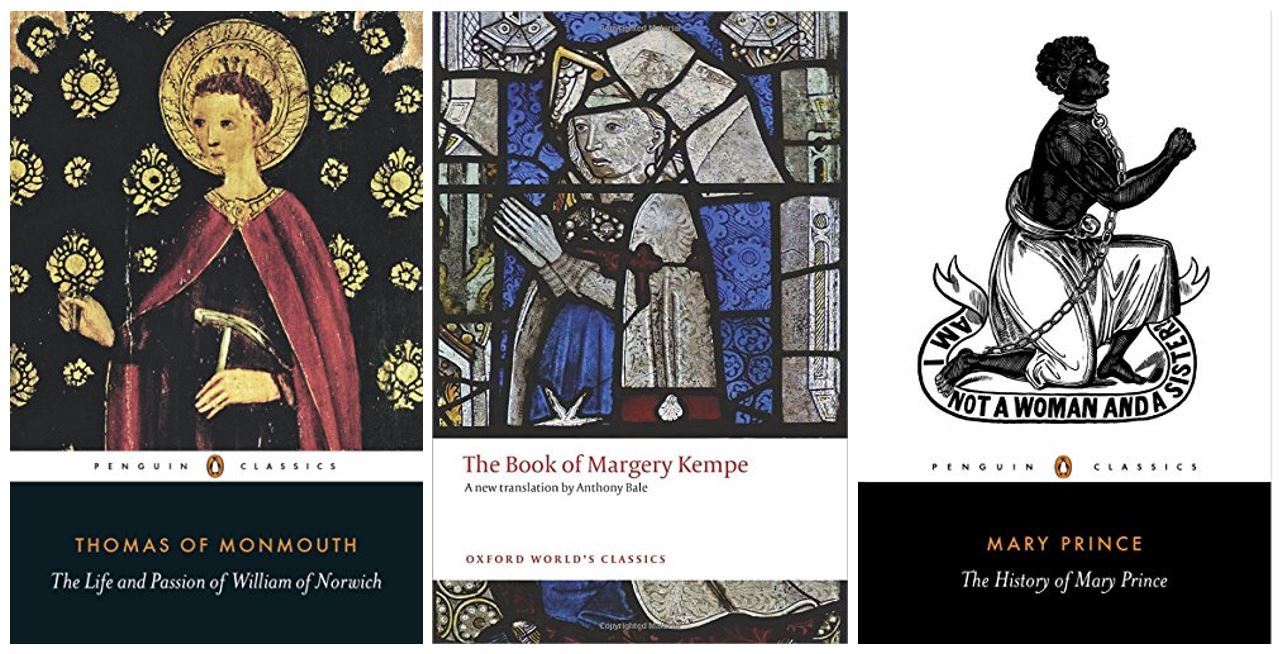 Three remarkable individuals from the Middle Ages and the are the subject of this next batch of personal histories now available as eBooks, one clearly classifiable as a hagiography, one an obvious autobiography, and the third rather indistinctly wavering between hagiography, biography, and autobiography. Thomas of Monmouth’s hagiographical Life and Passion of William of Norwich, available now as an eBook in Miri Rubin’s 2014 translation, holds a unique and terrible place in the history of Anti-Semitism, while also giving a remarkable insight into daily life in a medieval cathedral city: it documents the martyrdom and posthumous miracles at the shrine of William, a young boy believed to have been murdered by the Jews of Norwich. The Book of Margery Kempe, in Anthony Bale’s 2015 translation, also contains touches of hagiography – it is the extraordinary account of a medieval wife, mother, and mystic, dictated by the illiterate Margery to an amanuensis as the earliest autobiography written in the English language. Confusingly, however, it presents more as a biography than an autobiography, since it is written in the third rather than the first person, with the amanuensis referring to Margery as “the creature” throughout. Ranging from her home in King’s Lynn to Rome and Jerusalem, her book describes her transformation from businesswoman, wife and mother to chaste visionary and pilgrim, with vivid accounts of her prayers and visions, the temptations of her daily life, and her ponderings on God and the world. The History of Mary Prince, a West Indian Slave is another extraordinary autobiographical account by an illiterate woman dictated to a scribe, and has the distinction of being the first ever account by a black woman to be published in Britain (in 1831). The book describes Prince’s sufferings as a slave in Bermuda, Turks Island and Antigua, and her eventual arrival in London in 1828, where she escaped from her owner and sought assistance from the Anti-Slavery Society. Drawing attention to the continuation of slavery in the Caribbean despite an 1807 Act of Parliament officially ending the slave trade, the publication inspired two libel actions and ran into three editions in the year of its publication alone. As a powerful rallying cry for emancipation it remains an extraordinary testament to Prince’s ill-treatment, suffering and survival. 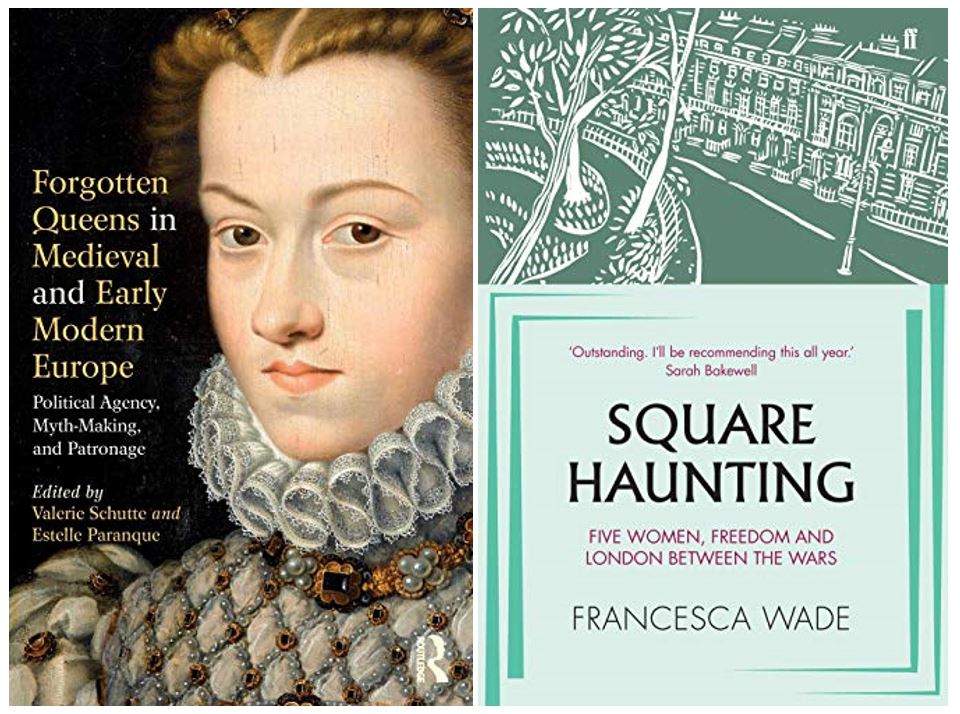 The final four books I would like to highlight in this blog, while not outright biographies, still flirt with the genre in that they are dedicated to the study of particular individuals or groups of individuals in history, presenting close-up views and insights into some very personal experiences and thoughts. The lives of several more remarkable women are the subject of the eleven chapters of Forgotten Queens in Medieval and Early Modern Europe, which examine issues of political agency, myth-making, and patronage by queens dowager and queens consort who have disappeared from history or have been misunderstood in modern historical treatment. Covering queenship from 1016 to 1800, and with a broad coverage in geography and disciplines from religious history, art history, and literature, the contributions demonstrate the influence of queens in different aspects of monarchy over eight centuries, and further our knowledge of the roles and challenges that they faced. A group of women who have a number of things in common are also the subject of Francesca Wade’s Square Haunting, though here the geographical and chronological scope is rather more narrow: Mecklenburgh Square, on the radical fringes of interwar Bloomsbury, and home at various times to the modernist poet H. D., detective novelist Dorothy L. Sayers, classicist Jane Harrison, economic historian Eileen Power, and the writer and publisher Virginia Woolf. From H.D.’s residence there during the First World War via Dorothy L. Sayers, who wrote in the same room in 1921, to Virginia Woolf’s move into the square in 1939, Wade draws an engaging picture of five in some ways very different but in others quite similar women in search of a space where they could live, love and, above all, work independently. 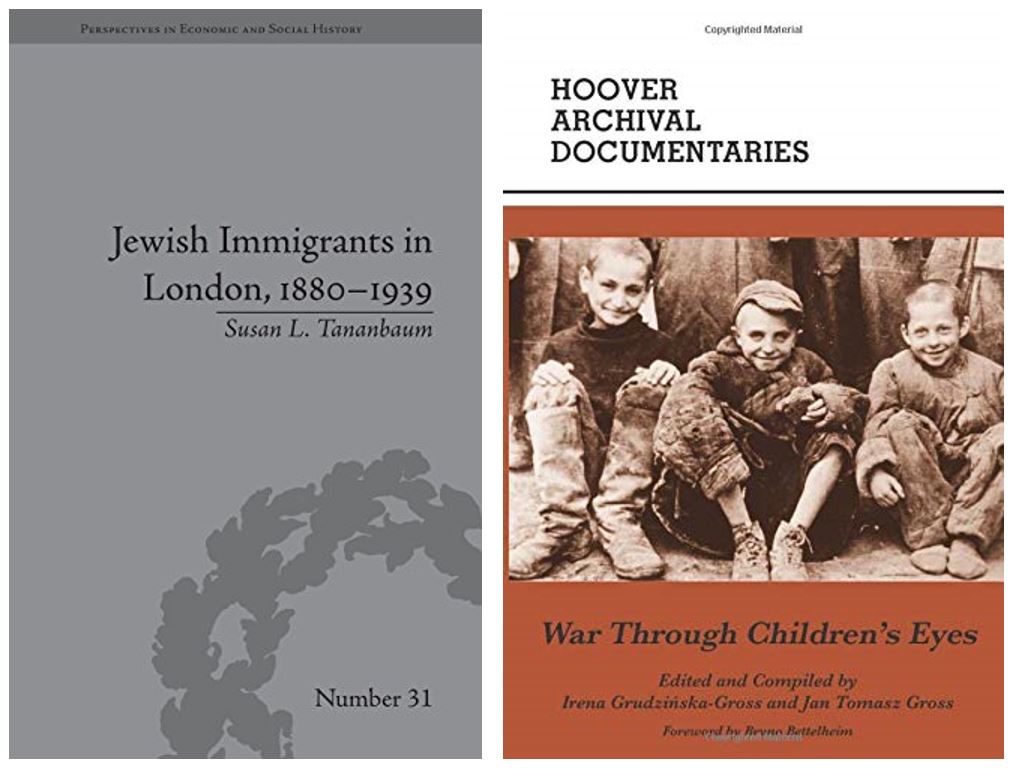 Susan L. Tananbaum’s book on Jewish Immigrants in London covers a similar time and space, but works on a rather wider scope with respect to the individuals it focuses on in its discussion: the quarter of a million European Jews who settled in England between 1880 and 1939. Despite this vast number, Tananbaum still manages to look at personal histories and the fates of individuals, exploring the differing ways in which the existing Anglo-Jewish communities, local government and education and welfare organizations sought to socialize these new arrivals, focusing on the experiences of working-class women and children. Beginning in the year where she leaves off, War Through Children’s Eyes then offers a collection of 120 short personal accounts written by Polish children who were among the one million people deported to various provinces of the Soviet Union after the Soviet occupation of Poland in the winter of 1939-40. It is the perception of these witnesses that makes these documents unique, offering a child’s eye view of events no adult would consider worth mentioning. In simple language, filled with misspellings and grammatical errors, the children recorded their experiences, and sometimes their surprisingly mature understanding, of the invasion and the Soviet occupation, the deportations eastward, life in the work camps and kolkhozes, and vivid memories of privation, hunger, disease, and death.

You can browse all our new eBooks on LibraryThing here.