Bodleian Libraries have purchased the following archive collection from British Online Archives, thanks to a generous donation from the Beit Fund.

The Collapse of the Ottoman Empire and the Partition of the Middle East, 1879-1919 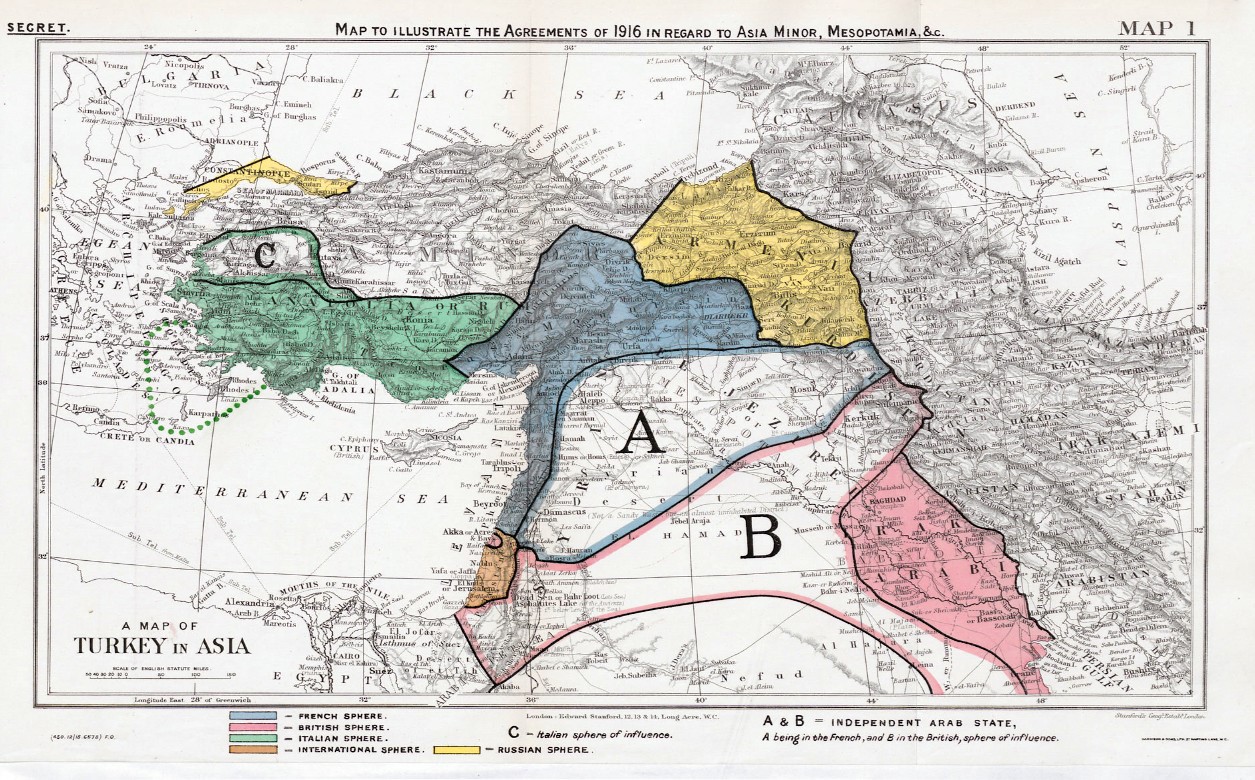 This collection is drawn from the personal papers of Mark Sykes (1879-1919), a politician and diplomatic advisor famous for his role in the partition of the Middle East around the period of the First World War. He is best known for his role in the Sykes-Picot Agreement of 1916, which was a secret treaty between European powers that divided up the Ottoman Empire in the face of its impending collapse. In addition to material related to the Sykes-Picot Agreement, the papers focus on Sykes’ experience in military intelligence and diplomacy in the Middle East (both before and during the First World War). This includes historic events such as the Armenian genocide, as well as international debates around Zionism and the creation of a Jewish homeland. His personal notebooks also offer an insight into the experience of an aristocratic traveller in the Middle East during the early 20th century.

This collection was formerly titled Papers of Sir Mark Sykes, 1879-1919 : the Sykes-Picot Agreement; the Middle East.

Pre-war travelogue of Mark Sykes, 1906: a personal notebook written by Mark Sykes documenting his journey across the then Ottoman Empire from modern day Sinop, Turkey, to Aleppo, Syria.

War Committee Report on the “Arab Question”, 1915: Insights provided to the War Committee by Mark Sykes on the complex political situation in the Middle East. Includes early ruminations on the possibility of an Anglo-French agreement, which could be the origins of the Sykes-Picot Agreement. 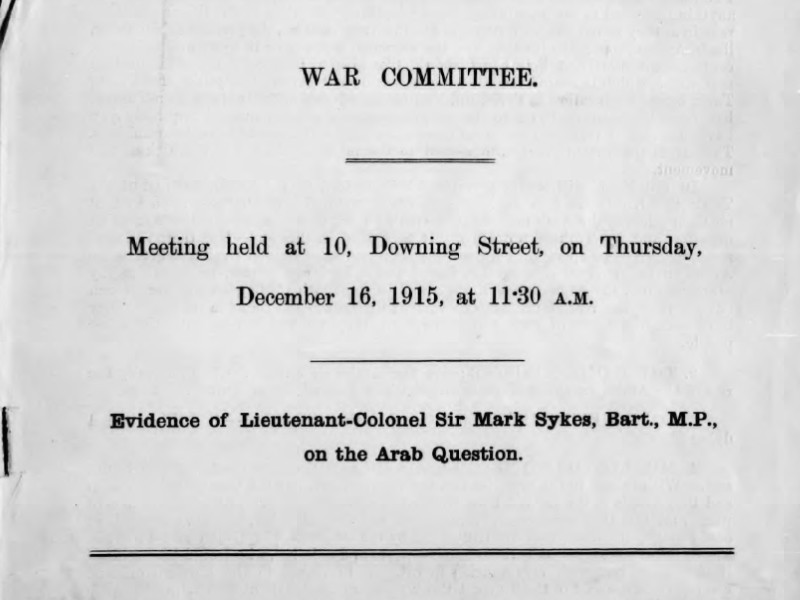 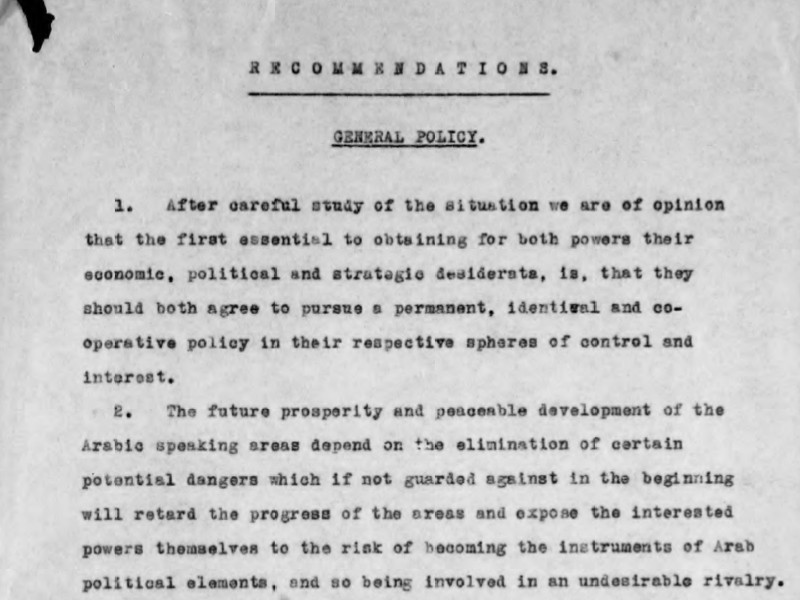 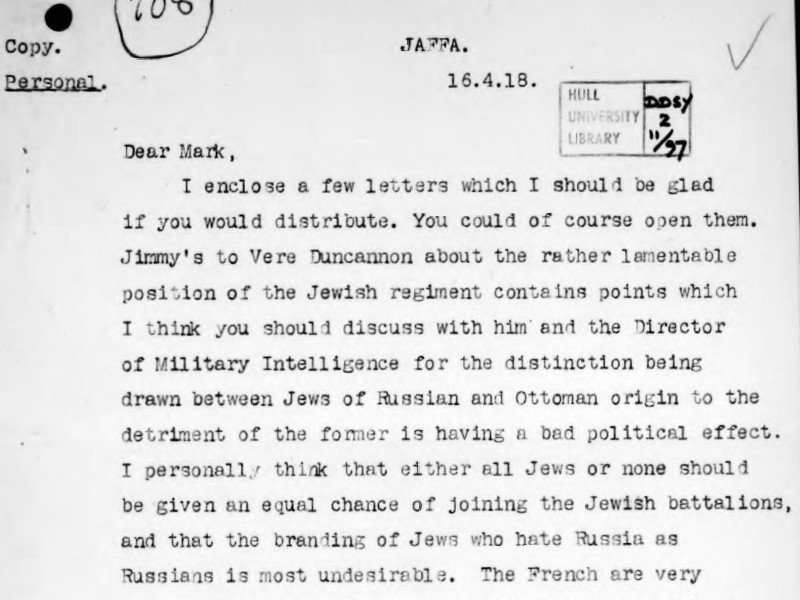