The Times Supplements consist of a series of full-text searchable, geographically-based issues, originally published between 1910 and 1916, as supplements of The Times. The Supplements cover various aspects of mainly South America, Russia and then Japan. Dedicated issues to World War I and one-off special issues were also published.

Supplements are a good source in English on domestic and foreign affairs relating to countries included. Published in the years 1910-1916 the supplements include: 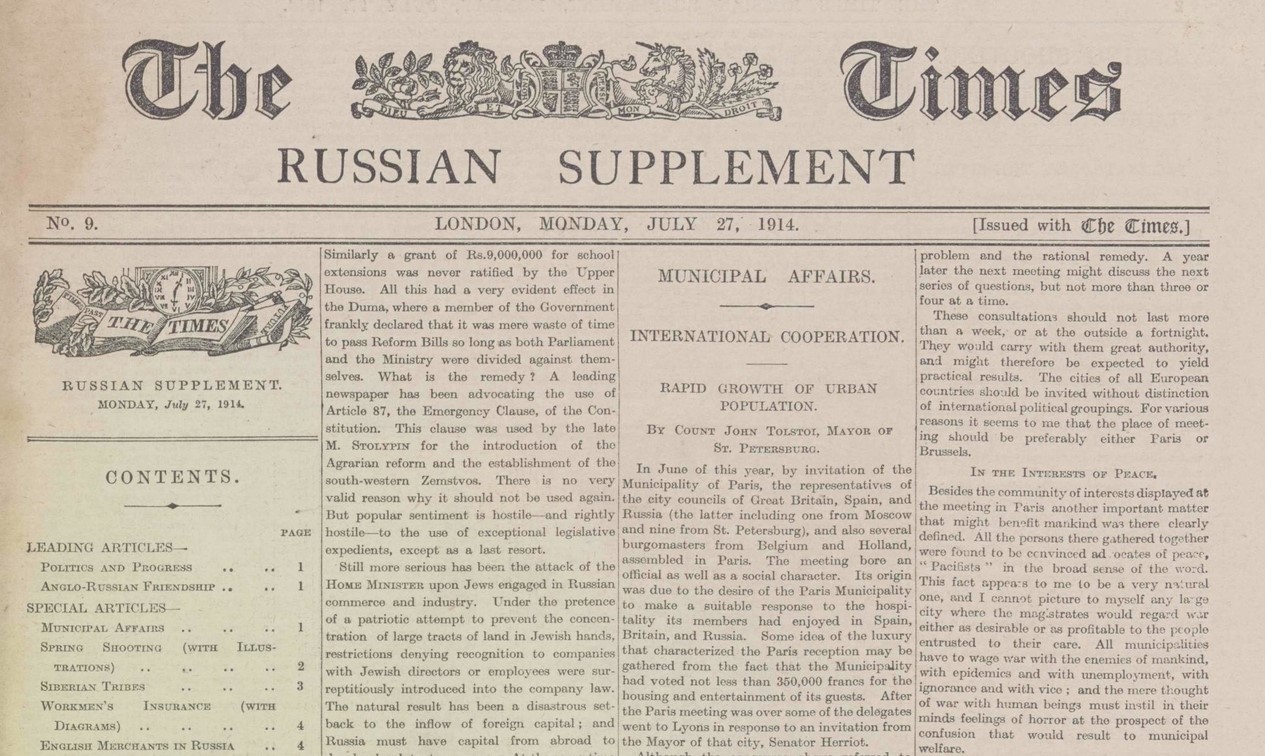 ‘Each title was tailored to support The Times’ broad editorial position and ongoing Foreign Office priorities. The Japanese Supplements, for example, were aimed at reinforcing the Anglo-Japanese Alliance of 1902-22, in the context of growing German influence in Japan. Talented artists and contributors were engaged in filling the supplements, ranging from foreign statesmen to expatriate journalists and publicists, including those hired by the nations concerned.

These supplements would likely have continued beyond 1917, but were affected by acute paper shortages in that year and, in the case of the Russian Supplements, by the 1917 Revolution. The Times also issued some one-off special issues.’

An extensive background article by P.A. O’Connor and P. Robinson is available via https://primarysources.brillonline.com/browse/the-times-supplements.