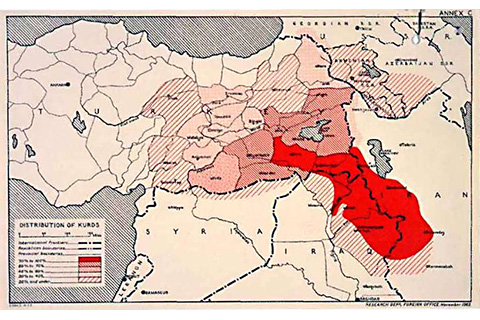 Map showing the distribution of Kurds in the Middle East, 1963, The National Archives

Iraq 1914-1974 offers the widest range of original source material from the Foreign Office, Colonial Office, War Office and Cabinet Papers from the Anglo-Indian landing in Basra in 1914 through the British Mandate in Iraq of 1920-32 to the rise of Saddam Hussein in 1974. Here major policy statements are set out in their fullest context, the minor documents and marginalia revealing the workings of the mandate administration, diplomacy, treaties, oil and arms dealing. Topics covered include: The Siege of Kut-al-Amara, The War in Mesapotamia and the capture of Baghdad in 1917, Introduction of the British Mandate, and the installation of King Faisal in 1921, The British administration in Baghdad, Gertrude Bell, advisor to the British administration, in both reports and memos, The Arab Uprising of 1920, Independence, and Iraq’s membership of the League of Nations in 1932, Coups d’etat in the 1930s and 1940s, The Baghdad Pact of 1955 and the military coup of 1958 leading to the establishment of a republic, The Cold War and Soviet intervention in Iraq, Kurdish unrest and the war in Kurdistan, Oil concessions and oil exploration, The Rise of Ba’athism and Saddam Hussein, The USSR-Iraq Treaty of Friendship in 1972, Iran-Iraq relations.

Great Britain’s intimate involvement with the foundation of the state of Iraq and with the early direction of its government makes the National Archives at Kew the single major source for understanding the processes which formed the modern state and its politics. It is through the documents filed here that the reader can form an accurate impression of the British administrators, their concerns, their views of Iraq and the Iraqis and their reasons for devising policies that were to have a marked effect on the course of Iraqi political history long after British influence had come to an end.

The files reproduced in this collection have been selected on the basis of the light they can throw on routine policy-making, as well as on key episodes and developments in the political history of Iraq and its relationship with Great Britain. The editorial role has been confined to the selection of subject files which together form a comprehensive and multi-faceted picture of Iraq’s political history. The files themselves are reproduced in their entirety, including all the comments, annotations and revisions made by the officials through whose hands they passed, giving the reader the opportunity to assess how British policy was made and often revised to deal with changing circumstances.

From the National Archives at Kew, UK. Selected by Dr. Charles Tripp, School of Oriental and African Studies, University of London, these documents cover the political and administrative history of the modern state which has emerged from the ancient civilization of Mesopotamia. This database offers conference reports, ministerial memos and diplomatic dispatches, as well as official letters of correspondence from regional leaders, press releases and arms deal reports. This collection will also appeal to those with an interest in economics, politics and peace studies.

[taken from the introduction by Professor Charles Tripp, School of Oriental and African Studies, University of London

You may or may not know that the British Library offers remote access to a small selection of their electronic resources if you are a registered Reader Pass holder. 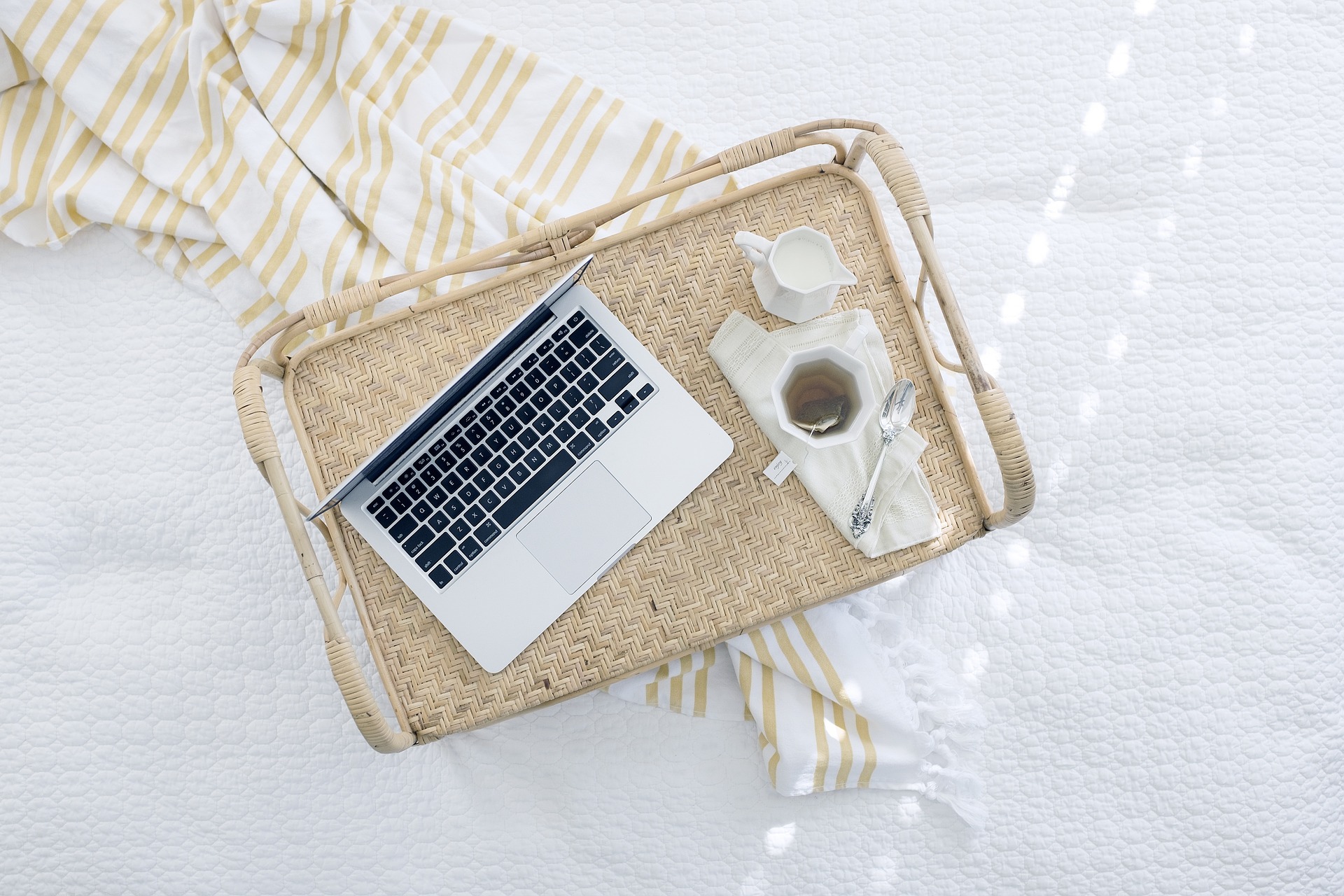 The list of those databases which are now available under this arrangement has grown.

They include the following which are not available in Oxford:

If you don’t have a reader pass, then check if / how you can register with the BL.

If you have a reader pass, then check how to can extend it.

Email Customer-Services@bl.uk in the first instance if you have any problems accessing the resources.

The Hilary Term programme of Information Skills courses for this term is now available to view on our website.

The programme includes courses on:

For full details of all the training events talking place this term and to book places please go to http://www.bodleian.ox.ac.uk/history/training/PGtraining

Archivision is divided into easily searchable modules, each of which offers a mix of historic and contemporary image content. For further information on this resource, which can be accessed via SOLO, click here for an overview. 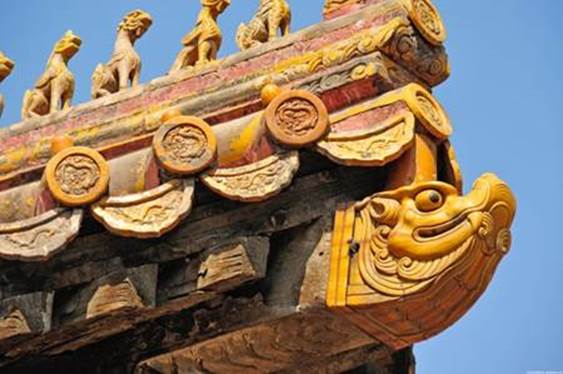 This special workshop aims to help historians and archaeologists think about using relational databases to analyse their historical data.

In this one-day workshop for Historians and Archaeologists, you will learn some of the key skills in using a computer to support Historical Research.

Dr Antony Buxton, a tutor in design and domestic history at the Department of Continuing Education at Oxford University, will explain how he and others use computers for investigative reporting.  Teachers from Oxford’s IT Learning Programme will introduce the principles of computerised databases and, importantly, ways of tailoring their design for specific research projects.

During the workshop you will have the opportunity to create a simple database and analyse historical data.

There will be database experts on hand to offer assistance and they will be happy to discuss any database development you are doing.

The House of Commons Parlimentary Papers (HCPP) database includes a wealth of full text primary resources on the UK and its relations with colonies and other foreign countries from the early 18th Century to 21st century.

Both Houses of Parliament, the Commons and the Lords, produce parliamentary papers which include sessional papers, command papers, bills, reports and accounts from the 18th to the 21st century.  For the period 1805 to 2005, HCPP also includes the full-text searchable Hansard, the verbatim record of parliamentary debates.

While in itself HCPP provides sources on the history of governance and admininstration of the UK and its colonies, it is also a key source for historians working on political, social, economic, legal & constitutional, military, diplomatic, cultural and religious history of the UK. It is also very useful for finding statistical reports and annual account, whether they relate to transport, supporting the arts, or trade.

The different collections listed below within the database can be cross-searched and browsed.

18th Century Parlimentary Papers
HCPP provides digitised full text version of the Commons and Lords Session Papers and Commons Reports and Accounts from 1715-1800 and details of private, local and personal bills. These can be browsed or searched by subject. 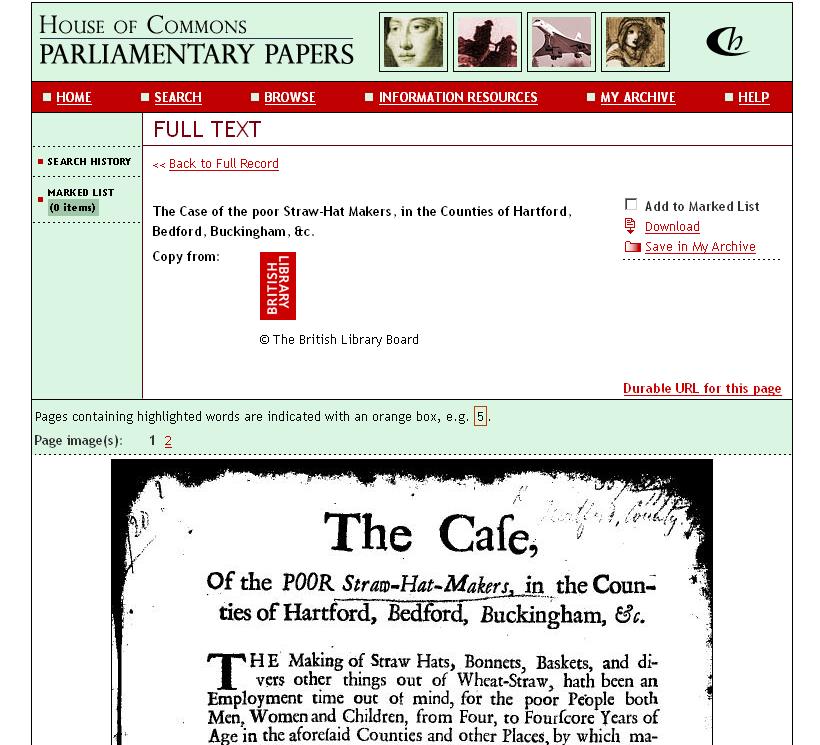 Case of the poor straw had makers

19th Century Parlimentary Papers
A subject catalogue has been constructed for the 19th century papers which allows browsing by social, political and economic topics. Examples of topics include slavery, education, poverty, Ireland and India, which can each be narrowed down into more detail. 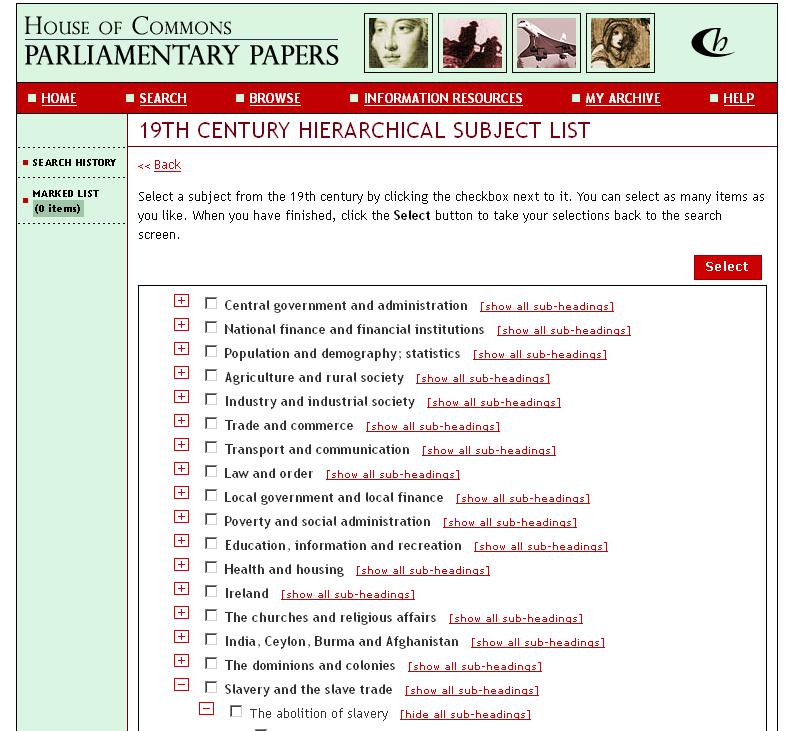 Hansard 1803-2005
The Official Report of debates Parliament, known as Hansard, is an edited record of parliamentary debates and questions, including written ministerial statements and answers to parliamentary questions as well as the transcripts of debates.  The Parliamentary Register, a precursor of Hansard which recorded debates from 1776-1805, is included in the Eighteenth Century Parliamentary Papers Collection.

It contains a wealth of information and detail of individual speakers. Newspapers frequently reported on proceedings of Parliament and are a useful complementary source (cf Historical Newspapers blog post 2/4/13).

Other similar databases and resources

Our database of the month for April is ProQuest Historical Newspapers.

Historical Newspapers offer full text searching and access to the archives of some key British, Irish, Indian and US newspapers, incl. a selection of black newspapers,  from the 1800s to the 2000s: 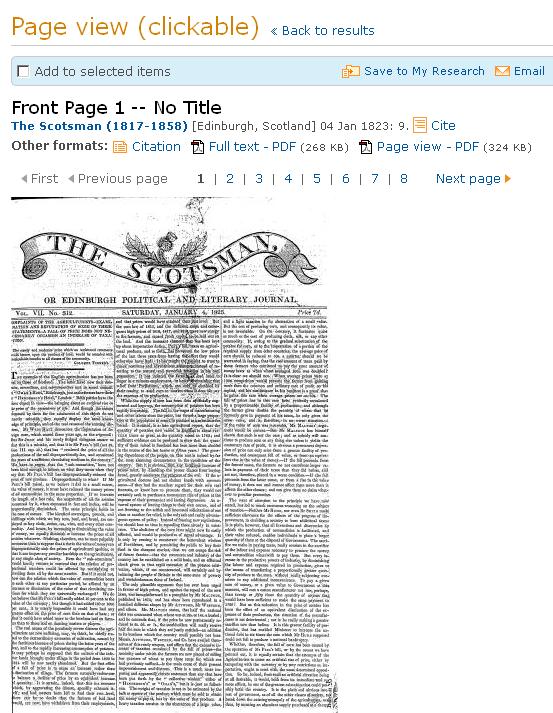 A search result from The Scotsman

The archive offers access to primary source material with full text search and also the original print layout of the article so that you can see the context of the article within that edition of the newspaper.

Advanced search tools allow cross-searching with other ProQuest databases (e.g. Dissertations and Theses) and also narrowing results to specific dates, publications and types of newspaper article. Results can be limited to images or editorial content and advertising and obituaries can also be searched.

How can I access it?
University of Oxford members can access this subscription resource on and off campus via OxLIP+. Remember to sign on to OxLIP+ with your Single Sign-On (SSO) when accessing the database off-campus. 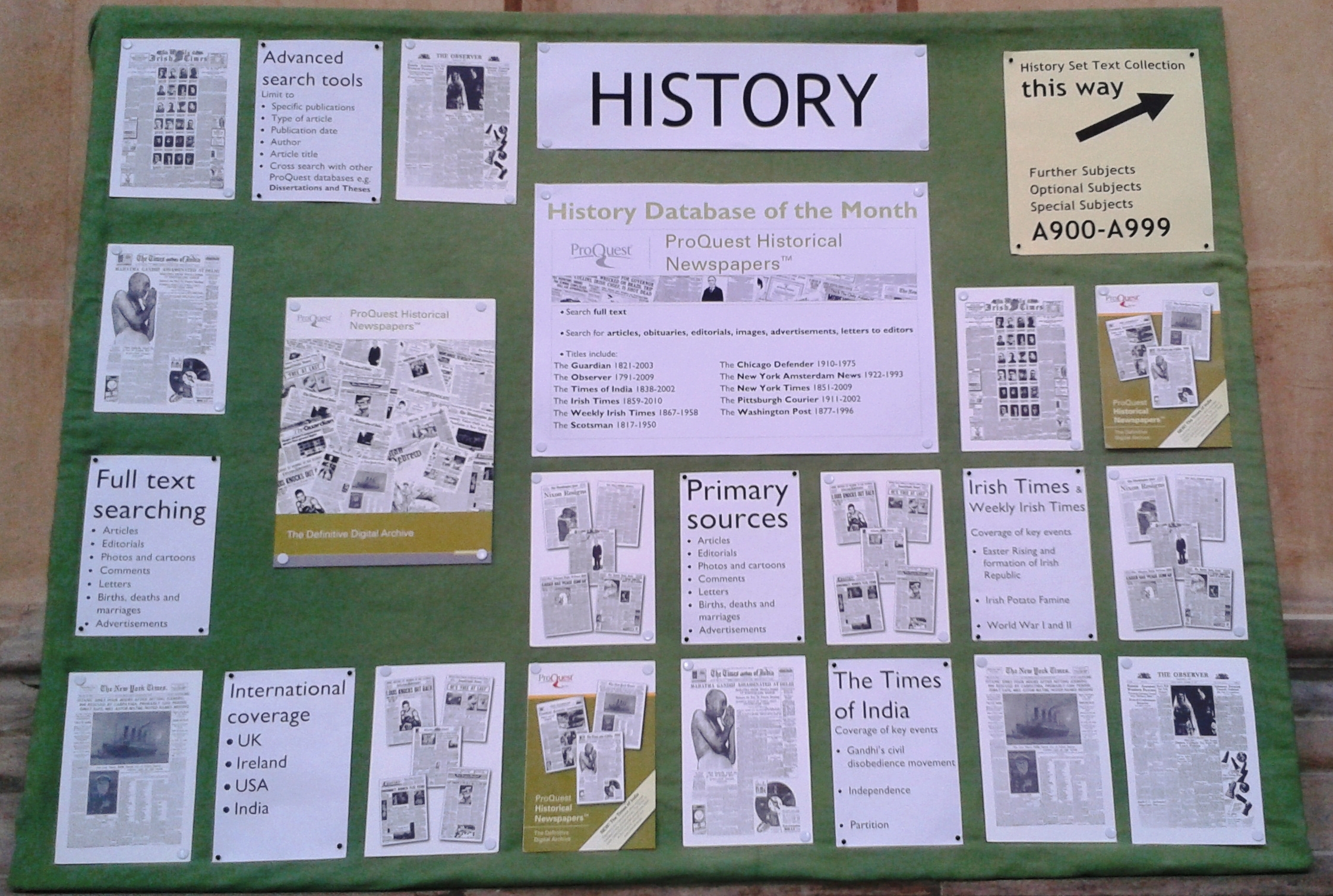 Database of the month display in the Upper Camera

Historical Research: Databases for research in History and Archaeology

Do you need to get your historical data properly organised? Should you be building a database to support your research? Not sure whether a database is for you?

If you are working in the area of History or Archaeology or related fields, this is a special opportunity to hear from experienced researchers about their work, and to learn from database specialists about designing and building your own database.

Dr Antony Buxton, tutor in design and domestic history at the Department of Continuing Education here at Oxford, will explain how he and others use computers for investigative reporting.  Ian Miller, from IT Services, will introduce the basic principles of computerised databases and importantly how to tailor the design for specific research projects.

During the workshop you will have the opportunity to create a simple database and analyse historical data.  There will be database experts on hand to offer assistance and they will be happy to discuss any database development you are doing.

Book your place now at: http://courses.it.ox.ac.uk/detail/OTN 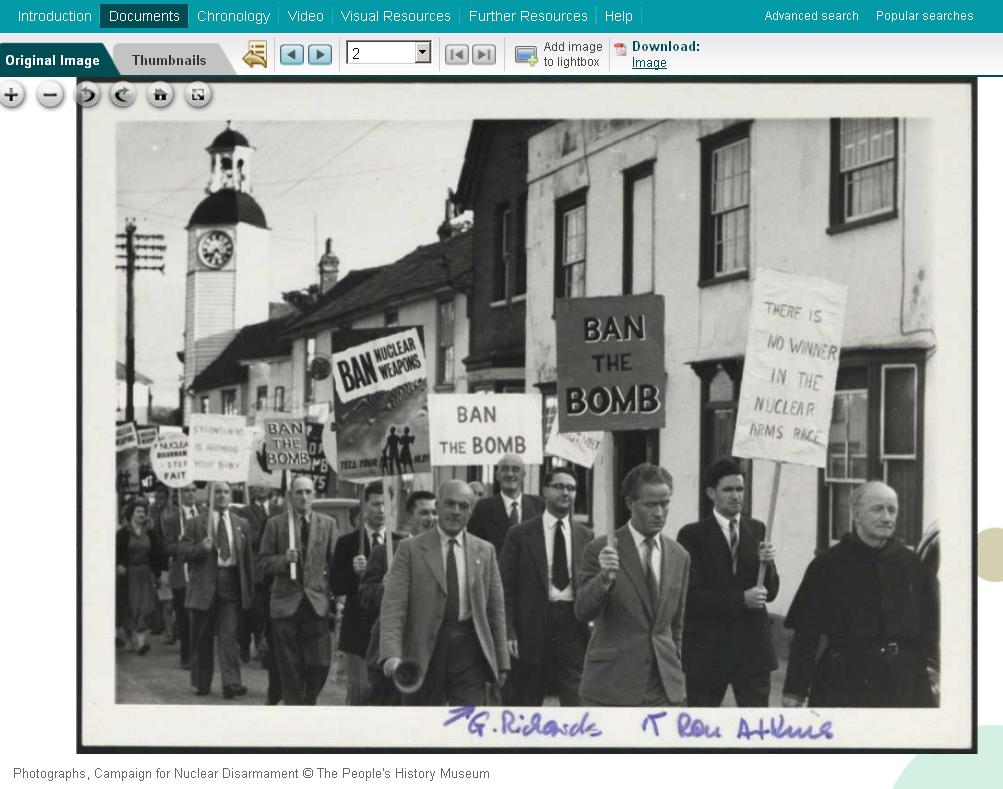 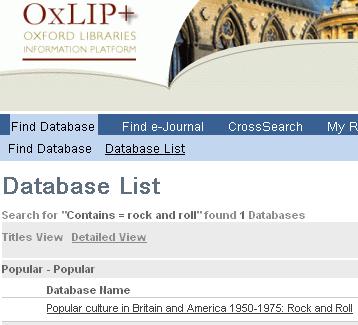 Each month we will be highlighting an online database available to Oxford University historians here on our blog and on the noticeboard in the Upper Radcliffe Camera.

What is State Papers Online?

State Papers Online (SPO) contains the Tudor and Stuart government ‘domestic’ and ‘foreign’ papers – the equivalent of today’s documents from the Home and Foreign Offices and the Royal Archives. 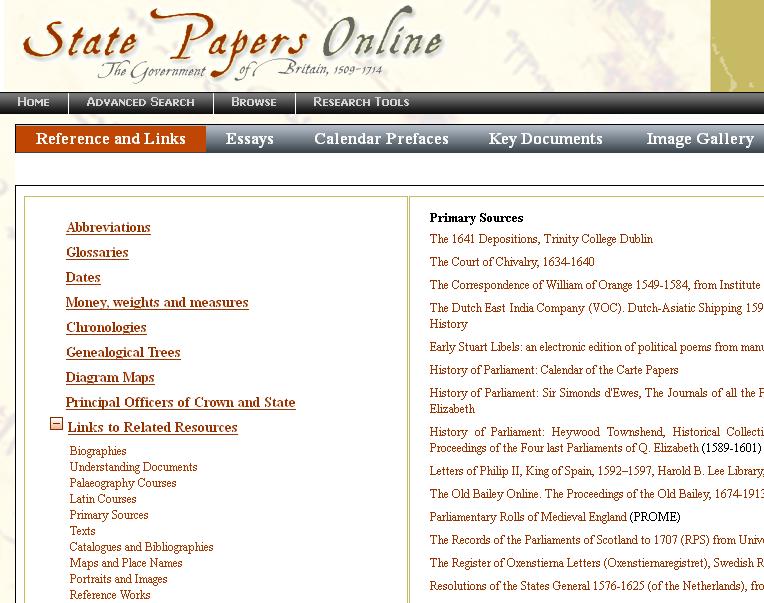 These everyday working papers of the British royal government reveal Tudor and Stuart society and government, religion and politics in all its drama allowing scholars to trace the remarkable  –  and frequently violent  – transformations of the 16th & 17th centuries. This major resource re-unites the Domestic, Foreign, Borders, Scotland, and Ireland State Papers of Britain with the Registers of the Privy Council and other State Papers now housed in the British Library.

The papers are accompanied by fully searchable calendars, and each calendar entry has been linked directly to its related state paper.  As well as being able to search and browse through papers and calendars, there are additional research tools, including information about dates, money and maps, image galleries and essays by historians.

More information about the resources is available in the SPO online guided tour. 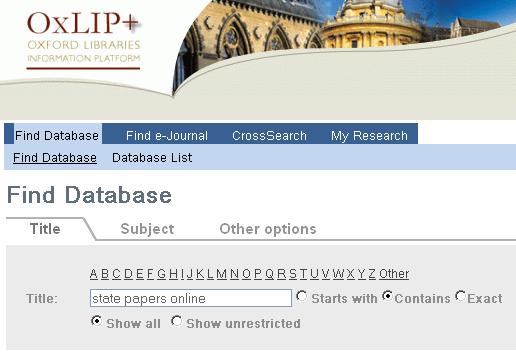 SPO can be accessed via OxLIP+ or SOLO by searching ‘State Papers Online’.  Current student and staff members of Oxford University can access SPO off campus by signing into SOLO or OxLIP+ using their Single Sign-On (SSO).

These databases are all available via OxLIP+ 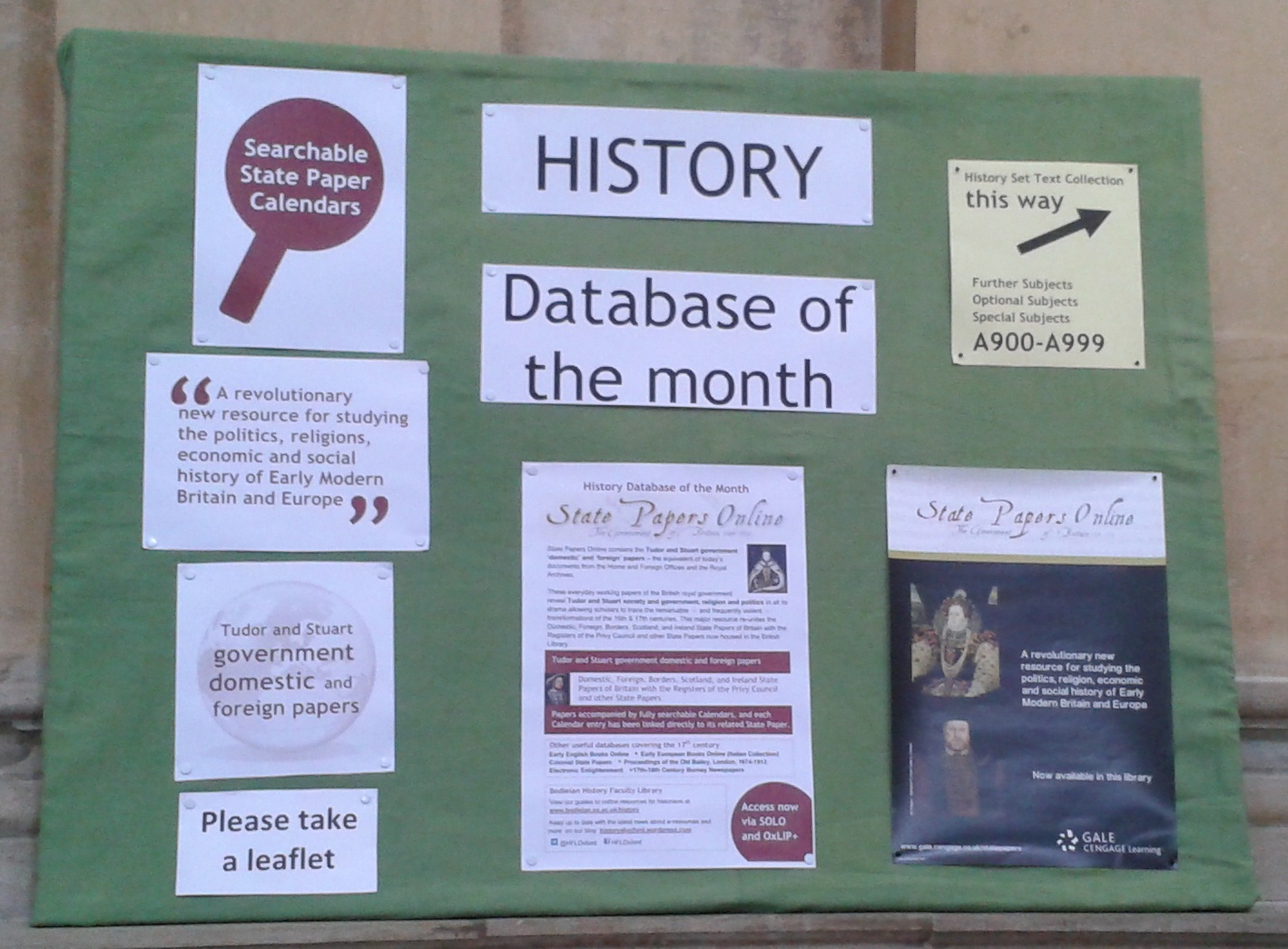 Database of the month in the Upper Camera