This beta site, last updated on 25 August 2013, looks very useful indeed to those working with 19th and 20th century British and Irish newspaper sources. It has now been bookmarked on HFL Delicious along with many other newspaper resources.

The website is a list of all the titles in all of the Digitalised Online British and Irish Newspapers that Richard Heaton, a researcher, is aware of and which, he says “may be a helpful guide to identify whether a title is available online and, if so, what dates could be available and where you can locate it based on the data provided by the various sites (see link below). The Lists are split England (excluding London), London (which splits between Local newspapers and National Titles), Ireland, Scotland, Wales, Channel Islands, and Isle of Man. They are sorted by County and then Town except London (which being a very large file) which I have chosen to sort by title (which means titles from the 17th Century could be next to those for the 20th Century).” 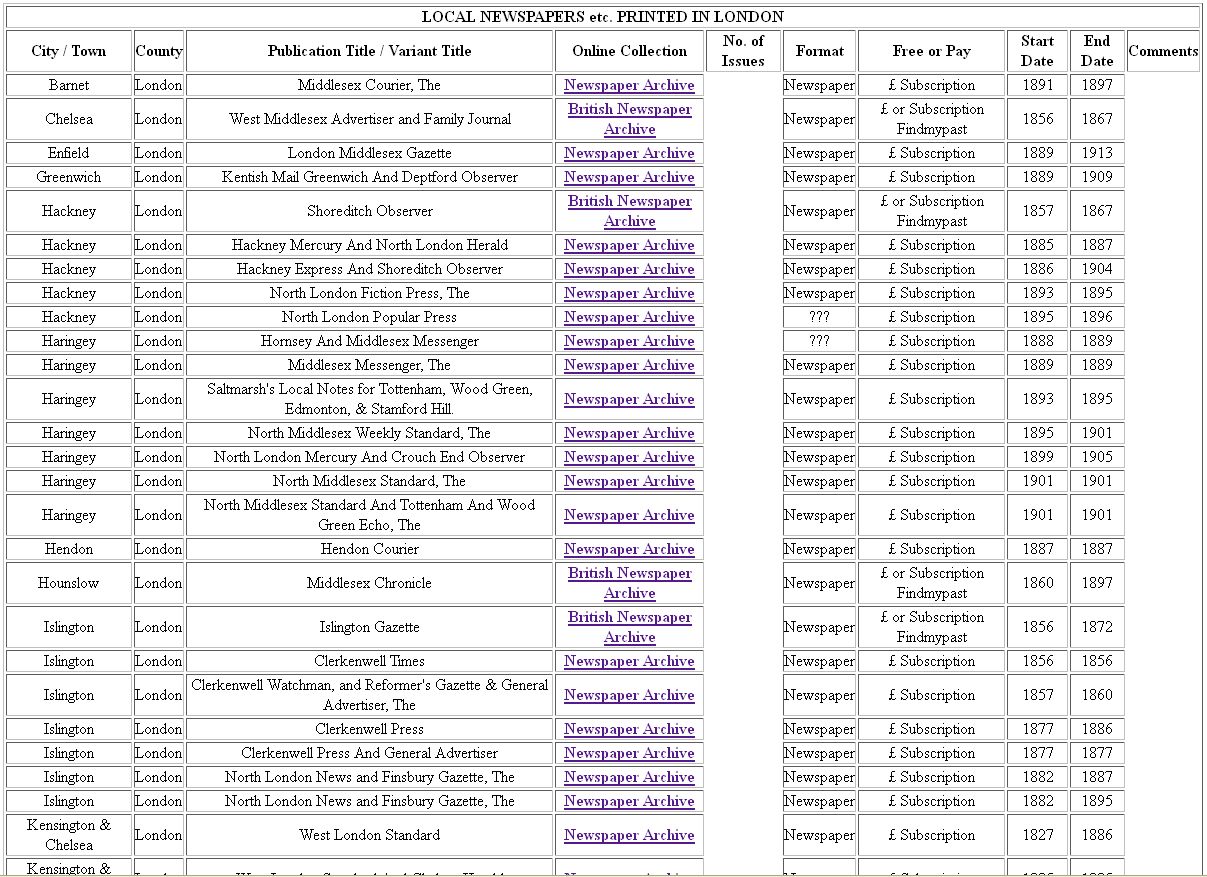 The Family and Local History section on the top level of the Central Library has 4-5 PCs where you can access Ancestry Library Edition. Please note that you can’t open an Ancestry personal account for the purposes of creating family trees. You can print from a PC or save to memory stick.

Ancestry.com is particularly useful for family and genealogical research, esp. British, North American and Australian. You can trace a family tree using the largest site online including the UK Census from 1841; birth, marriage and death records; parish and probate records. Here is a listing topics and sources:

We are pleased to announce that Oxford University users now have access to the Illustrated London News Historical Archive 1842-2003.

This resource providers researchers with access to 150 years of British social history, fashion, theatre, media, literature, advertising, graphic design and politics, as well as those interested in genealogy. With its debut in 14 May 1842, the ILN became the world’s first fully illustrated weekly newspaper, marking a revolution in journalism and news reporting. The publication presented a vivid picture of British and world events – including news of war, disaster, ceremonies, the arts and science – with coverage in the first issue ranging from the Great Fire of Hamburg to Queen Victoria’s fancy dress ball at Buckingham Palace.

Each page has been digitally reproduced in full colour and every article and caption is full-text searchable with hit-term highlighting and links to corresponding illustrations. Facsimiles of articles and illustrations can be viewed, printed and saved either individually or in the context of the page in which they appear. Wherever possible, Special Numbers covering special events such as coronations or royal funerals have been included.

The popularity of the ILN attracted great artists and draughtsmen to cover wars, royal events, scientific invention, and exploration. In 1855 it launched the world’s first colour supplement. Over the years the publication played host to many distinguished writers.

A demonstration of the ILN will take place on Thurs. 29 April, 12:30-13:30, Lecture Theatre, History Faculty, George Street. Simply turn. All are welcome!

PS: A review of the ILN is available online.