We are delighted to announce that Oxford researchers now have access to the Radical (Irish) Newspaper Archive, via the Irish Newspaper Archive subscription. The archive will allow researchers to study the political, social and industrial unrest of the modern Irish nation through the prism some of the country’s most revolutionary publications. 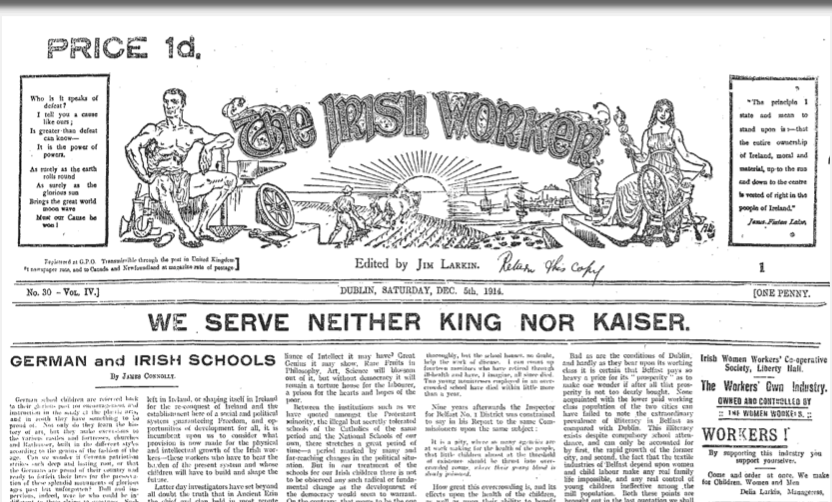 The resource includes 100+ titles covering a broad sweep of polical and feminist newspapers, journals, pamphlets and bulletins with a particular interest on the revolutionary period 1913–23. Most are in English language with a few Gaelic titles.

The publications report on events such as the beginning of the First World War, the 1916 Easter Rising, the War of Independence and Civil War. This collection will also be useful to researchers of post-independent Ireland.

Many newspapers were only very short-lived but provide a fascinating insight into the revolutionary period following 1916, when radical newspapers were clamped down by the Military Authority.

Examples of nationalist, republican, feminist and socialist newspapers include:

Through this special collection of journals historians will also gain access to Irish army bulletins from 1922.

Using online newspapers can be challenging. Check out our LibGuide Newspapers and other online news sources from the 17th – 21st centuries for tips.

We are pleased to announce that we now have online access to the Dictionary of Irish Biography.

DIB is a collaborative project between Cambridge University Press and the Royal Irish Academy. An important reference work, it offers biographical information about Irish men and women who made a significant contribution in Ireland and abroad. It also includes information about the lives of people born outside Ireland, but who made a significant contribution in that county. You have a choice of full-text searching, advanced searching, browsing  or trying the lucky dip (“Read a random life”).

DIB is now on SOLO and OxLIP+. Use your Single Sign On or VPN for remote access.