You can also browse an archive for the ‘legacy websites‘ which are websites that are no longer available on the live web, for example, ‘Parliament and the British Slave Trade 1600-1807’

An A-Z index is also available, where you can search by type of publication as well as by provider of the archive. 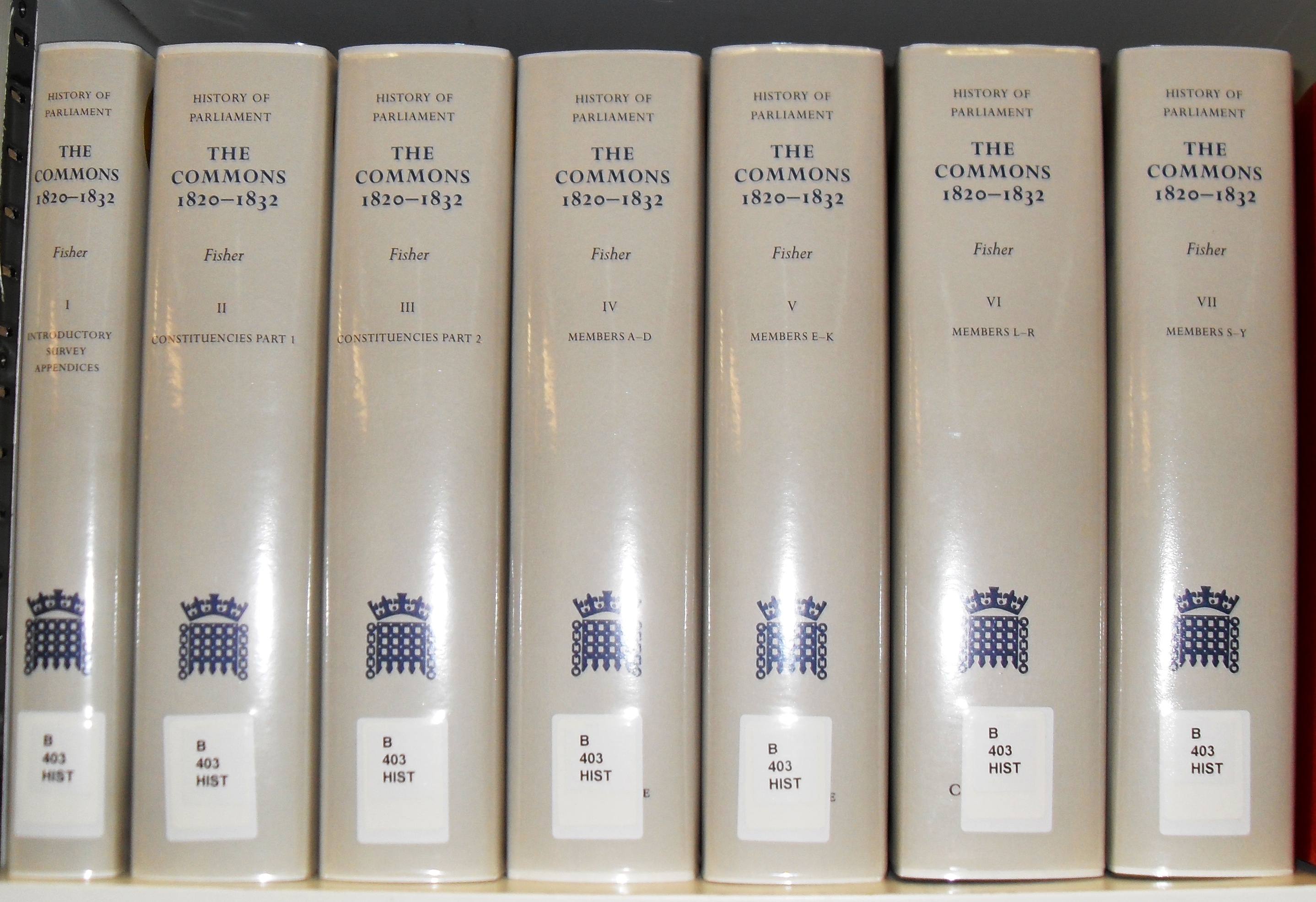 The links below will take you to their records on the SOLO catalogue.

These books are now nestling between other House of Commons texts in the HFL’s quick reference section at shelfmark B403 Hist in the Maitland Room. 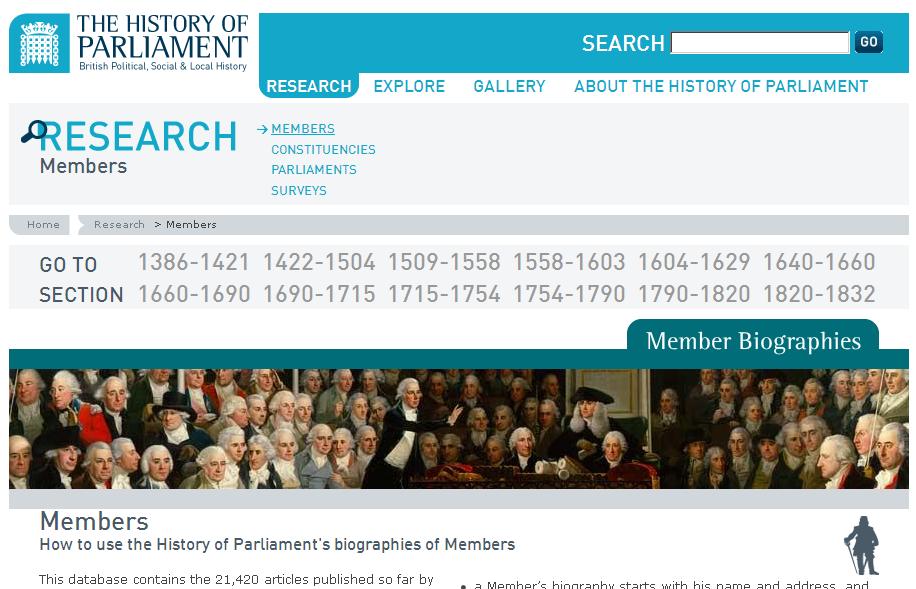 (c) The History of Parliament

The History of Parliament project also has a corresponding free online resource.  It includes biographies of over 20000 Ministers of Parliament, more than 2800 constituency surveys and articles about various parliaments from 1386 to 1832.

For those interested in the full text backfile from Hansard, the Official Report of debates in Parliament (both the House of Commons and House of Lords) this is now included in House of Commons Parliamentary Papers (HCPP) from 1803 to 2005.

The publicly available files created by the Hansard Digitisation Project (led by the Directorate of Information Services of the House of Commons and the Library of the House of Lords) are the source for this material.

There is a freely available version of Hansard. However, this significant enhancement in HCPP enables the sessional papers of the House of Commons to be searched alongside Hansard from one interface. Also, researchers can use Hansard alongside HCPP to expand their understanding of the background and influences on key Acts of Parliament throughout the 19th and 20th centuries.

The Hansard archive covering the post-2005 period is available at online.

As well as browsing Hansard, you can also browse by MP’s names which then provide links to their contributions in relevant sessions. Now wouldn’t it be nice if this linked to biographical sources on MPs…