In Book V of his Politics, Aristotle speaks at length of the major vehicle for constitutional change, the phenomenon of στάσις (stasis), a term variously translated as “civil war”, “sedition”, “faction” – or “revolution”. Aristotle uses it to denote a number of variations of political conflict from sedition and civil war to smaller instances of feuding and struggle for prestige, and applies it both to the conflict people engage in, and also to the group of people who engage in the conflict. Hatzistavrou in his chapter on “Factions” in The  Cambridge Companion to Aristotle’s Politics divides these states of conflict (or groups engaging in conflict) into two distinct categories according to their causes – injustice-induced, and greed-induced, and it is of course the first that is usually acknowledged as the main cause of social revolutions throughout world history. Aristotle himself also mentions inequality as one in a longer list of possible causes of stasis that include avarice, superiority, honour, fear, difference of race and disproportionate growth, but is keen to stress that the importance (or non-importance) of the impetus that initiates any particular conflict is not necessarily the same as the importance of the cause for which this conflict is then in the end conducted (Book V, Chapter 4, p. 7):

In English, the umbrella term “revolution” covers a great variety of different types of political conflicts – some are peaceful, nonviolent protests, but others produce bloody civil wars; some have produced democracies and greater liberty, but others have produced brutal dictatorships. Taking all this into consideration, Jack A. Goldstone in Revolutions: A Very Short Introduction (p. 4) offers a minimalist yet comprehensive definition which includes the physical, ideological and political aspects of the phenomenon:

Revolution is the forcible overthrow of a government through mass mobilization (whether military or civilian or both) in the name of social justice, to create new political institutions.

Some famous factions (or revolutions) in the course of global history include the Set rebellion of c. 2730 BC which divided Egypt into Upper and Lower Egypt; the establishment of the Roman Republic in 510–509 BC; the 3rd Servile War in 73–71 BC (better known as the Gladiator War or the War of Spartacus); the Germanic Revolt of Arminius in the Teutoburg Forest in 9-13 AD; the Peasants’ Revolt, or Great Rising in England in 1381; or the 1525 German Peasants’ War. The 1688 “Glorious Revolution” in England establishes the term “revolution” for a number of the more significant and influential staseis of the modern era, such as the Haitian and the French Revolutions at the turn of the 19th century. Still, other terms persist – the mid-19th century modernization revolution in Japan is known as the Meiji Restoration, and the anti-imperialist, anti-foreign, and anti-Christian uprising in China at the turn of the 20th century as the Boxer Rebellion. In Europe we find the Irish 1916 Easter Rising and the 1936-39 Spanish Civil War, and for the widespread anti-government movements in the Arab world in the 2010s an entirely new phrase was coined: the Arab Spring.

What Aristotle calls stasis thus has many names in English historiography, which uses a number of both native terms and loanwords to distinguish nuances of a wide variety of political conflicts, from “putsch”, “coup d’état”, “Machtergreifung” and “résistance” to “restoration”, “insurrection”, “mutiny”, “riot”, “rising”, “rebellion”, “revolt”, and, finally, “revolution”. What term historiographers assign to any particular stasis does seem to depend not only on the success of any given faction to changing constitutions, or political or social situations, but also in great part on which faction (the winning or the losing side of the conflict) is in the end responsible for, or influences, the historiography after the fact. Similarly, any judgement passed on, or assessment given of such conflict as to its righteousness, virtue, moral rightness (or lack of it)  found in contemporary or later historiography depends much on whether it is penned by the new establishment, as in, the former rebels of a successful revolt, or the old establishment after the successful suppression of an uprising, or an independent party. Depending on the side the historiographer finds themselves on, revolutions can be presented as a case of downtrodden masses raised up by leaders who guide them in overthrowing unjust rulers (later given modern form as a theory of the inevitable triumph of the poor over the rich by Karl Marx, Vladimir Lenin, Mao Zedong, and their followers), or judged as eruptions of popular anger that produce only chaos (as per the critics of Marx, Lenin, Mao et al.).

In this blog I would like to highlight some of the ebooks newly arrived at the Bodleian which focus on such ideology-driven, political conflicts arising from inequality, under any of their many names, from the Middle Ages though to the 20th century, presented here in roughly chronological order. 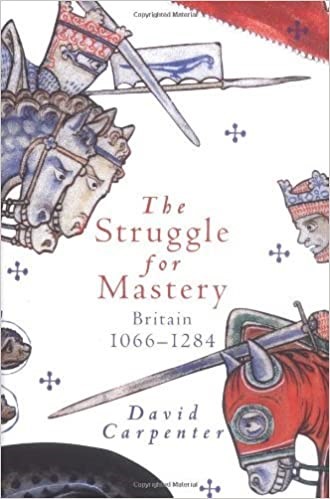 The first book concerns stasis not in the modern sense of “revolution”, but in the second Aristotelian sense of a smaller-scale struggle for supremacy or domination by different members of an oligarchy. David Carpenter’s 2004 The Struggle for Mastery examines the momentous two-and-a-half centuries after 1066, when the Anglo-Saxon ruling class was destroyed and Anglo-Saxons became a subject race, dominated by a Norman-French dynasty and aristocracy. Arguing that the English domination of the kingdom was by no means a foregone conclusion, Carpenter looks at a drawn-out competition for domination between England, Scotland and Wales which shaped the history of the British Middle Ages. 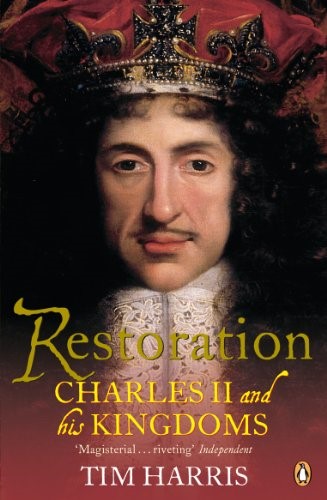 The aftermath of the English Civil War is one of those cases where the label attached by historiographers clearly reflects the spin put on the conflict by the prevailing party – in his 2006 Restoration: Charles II and His Kingdoms Tim Harris examines the late 17th century as a period of extraordinary turbulence and political violence in Britain, tracing the fate of the monarchy from Charles II’s triumphant accession in 1660 to the growing discontent of the 1680s. Looking beyond the popular image of Restoration England revelling in its freedom from the austerity of Puritan rule under a merry monarch, Harris surveys some of the shadier sides of a desperately insecure regime after two decades of civil war. 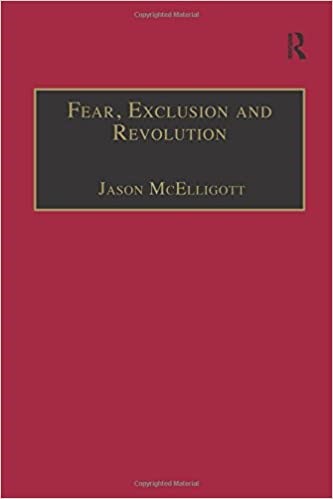 Looking at the same aftermath of the English Civil War through the eyes of the Puritans is Fear, Exclusion and Revolution, a collection of essays on the ‘Entring Book’ of Puritan minister Roger Morrice, his detailed record of public affairs in Britain between 1677 and 1691 which charts the rise of British party politics, and the transformation of Puritanism into ‘Whiggery’ and Dissent. The essays collected in this volume address some of Morrice’s key concerns in his book, including the atmosphere of fear and foreboding, the profound effect of events on the continent on the English, or the anxieties and opportunities caused by a socially diffuse culture of news and information, and sheds light on a social, political and religious situation which ultimately led to the Glorious Revolution of 1688. 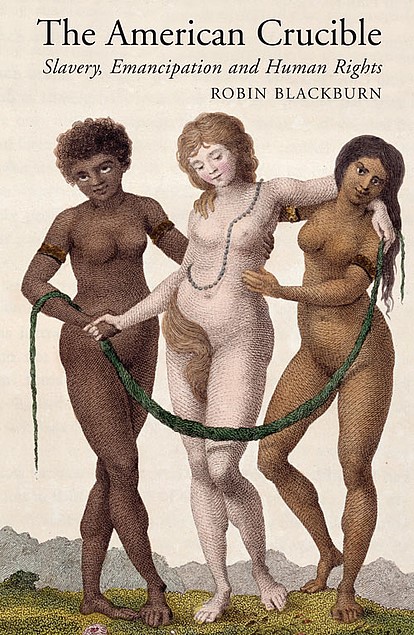 Moving into the 18th and 19th centuries, Blackburn’s The American Crucible is a vivid and authoritative history of the rise and, more importantly, the fall of slavery in the Americas. It looks at Europe’s conquest and colonisation of the Americas with its system of slavery, and the promotion of the rise of capitalism in the Atlantic world through the slave labour which helped establish empires, fostered new cultures of consumption and financed the breakthrough to an industrial order. Blackburn interprets the New World as a “crucible” for a succession of experiments in colonization, silver mining, plantation agriculture, racial enslavement, colonial rebellion, and slave resistance, and charts the great movements of emancipation in Haiti in 1804, Britain in 1833-8, the United States in the 1860s, and Cuba and Brazil in the 1880s, with a view to how they influenced many of the ideals we live by today. 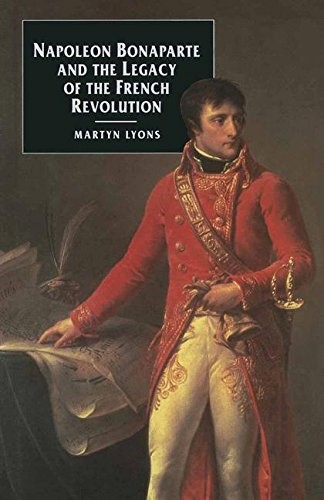 The turn of the 19th century saw what is usually regarded as the revolution par excellence, but in his Napoleon Bonaparte and the Legacy of the French Revolution Martin Lyons looks not at the French Revolution itself, nor at Napoleon in one of his many other roles from Jacobin to Republican to Emperor, but focuses on developments in French society and economy as a background to a view of Napoleon specifically as an heir and executor of the French Revolution, preserving its social gains, and consolidating the triumph of the bourgeoisie. 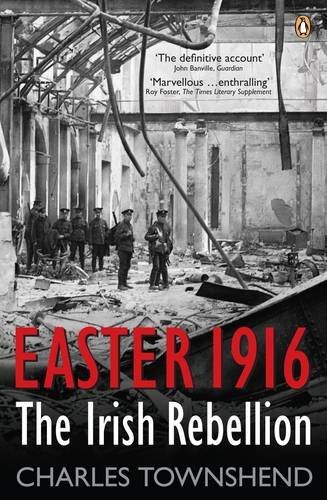 In a century that offers plenty of examples of violent revolts, the 1916 Easter Rising still stands out, and still invites new interpretations and insights over a century later. In his Easter 1916: The Irish Rebellion Charles Townshend looks at both the rising itself and the violent British response to it, which made an entire nation turn away in revulsion. Townshend’s account of the stasis which launched Ireland into a new era asks and answers questions on what the rebels actually hoped to achieve, what the thinking behind the British response might have been, and how the events were regarded by ordinary people across Ireland. 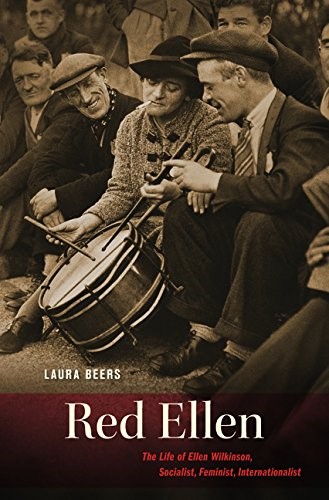 Bloodless and peaceful but nevertheless superbly effective socialist, pacifist, and feminist protests, campaigns and movements characterise the life of Ellen Wilkinson, whose 2016 biography Red Ellen by Laura Beers is now available online. Best remembered as the leader of the 1936 “Jarrow Crusade”, the 300-mile march of two hundred unemployed shipwrights and steelworkers to petition the British government for assistance, Wilkinson’s fight for social justice extended to involvement in a range of campaigns, from the quest for official recognition of the Spanish Republican government to the fight for Indian independence or  the effort to smuggle Jewish refugees out of Germany. Beers paints a portrait of a remarkable woman whose achievements include the founding of Britain’s Communist Party, a seat in Parliament, a post as one of the first female delegates to the United Nations, a central role in Britain’s post-war Labour government as Minister of Education, and in general successful activism as an advocate for the poor and dispossessed. 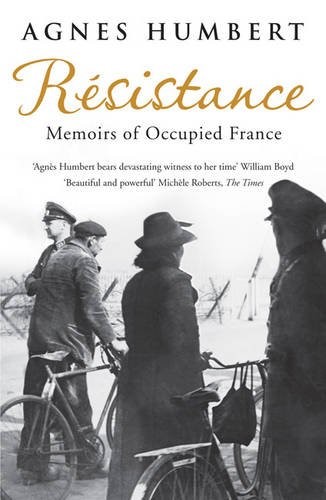 The memoirs of another remarkable women whose life was defined by the involvement in opposition against the established powers are edited and translated in Résistance: Memoirs of Occupied France, the diaries of Agnès Humbert, founder of one of the first organised groups of the French Resistance in 1940s Paris. Betrayed to the Gestapo in 1941, Humbert was imprisoned but escaped execution, spending the years until the end of the war in a German forced labour camp. First published immediately after her liberation in 1946, and now available as an ebook in its first English translation of 2008, the memoirs, written with a deft touch and sardonic wit, offer a very personal and candid perspective of this dark period. 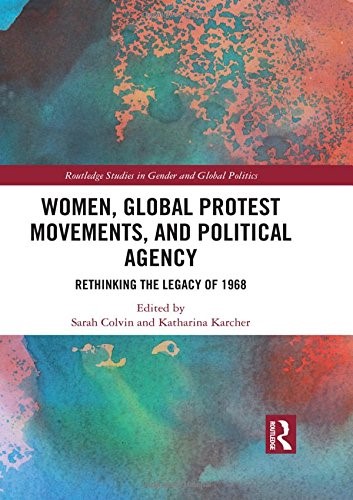 With the understanding of the year 1968 as a marker of an emerging will for social change around the turn of that decade, rather than as a particular calendar year, the essay collection Women, Global Protest Movements, and Political Agency explores women’s historical involvement in “1968” in different parts of the world and the different ways in which women’s experience as victims and perpetrators of violence are remembered and understood.  The topics touched on in the various contributions include for example transnational memories of Northern Ireland’s ’68, West German documentary drama, female terrorists and women in the jihad, women fighters during the Lebanese civil war, and violence against women in Yugoslavia.

You can find more books on the topic on our LibraryThing shelf tagged with “revolutions”  and “political violence”, and browse all our new ebooks on LibraryThing here.