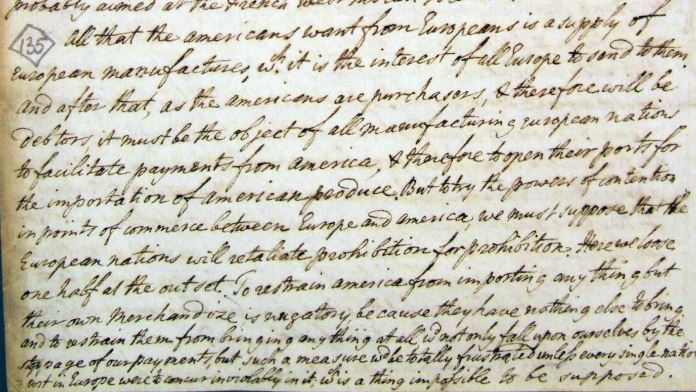 The VHL have organised trial access to Readex’s Civil Rights in America: from Reconstruction to the Great Society until 22nd April. 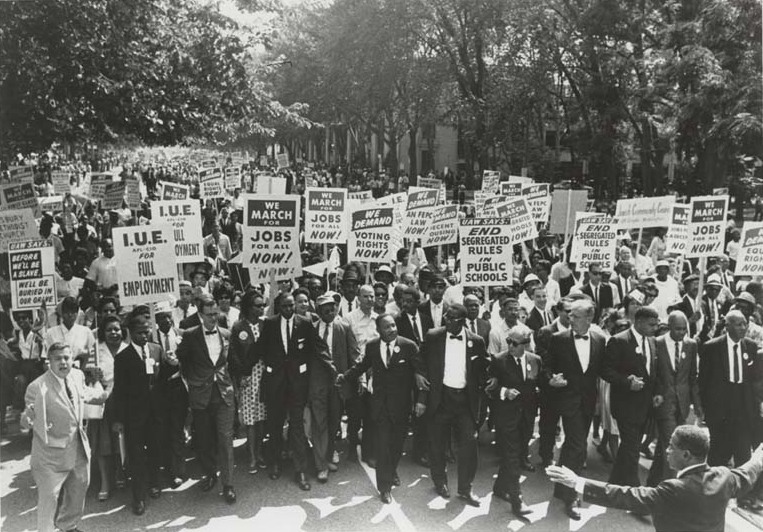 Civil Rights in America is a fully searchable archive of congressional documents related to all aspects of civil rights in the United States, from segregation to women’s suffrage to discrimination of all kinds. The material in this collection includes publications and reports from the US Senate and House of Representatives, the executive branch, congressional committees, special investigations and non-governmental organizations. Please note, there will be significant overlap with our existing congressional resources such as the Serial Set.

Access is available via OxLIP+ until 22nd April 2016 (use single sign-on for remote access). Please send feedback to jane.rawson@bodleian.ox.ac.uk.

I am pleased to report that Oxford historians now have access to Adam Matthew’s Migration to New Worlds. Following a collaboration between Jisc and Adam Matthew this resource is made freely available to all UK academics and students in higher (HE) and further (FE) education institutions from January 2016.

Migration to New Worlds documents the emigration of peoples to the United States, Canada and Australasia during the period 1800 to 1924, although there are documents from the eighteenth century and also later materials.

Mainly focusing on European emigration, the resource includes material on English, Scandinavian, Irish, Italian, Jewish, Polish and Scottish experiences along with a wealth of material covering Chinese and Japanese movement to the United States.

The majority of the collection comprises unique manuscript correspondence, diaries and travel journals, providing eye-witness accounts and experiences of emigrants across the World. It is also rich in visual content.

This collection of primary sources provides an important and multi-faceted resource for students, teachers and researchers from a diverse range of academic disciplines, including migration studies, history, sociology, law, economics and postcolonial studies.

Migration to New Worlds is now available via SOLO and Databases A-Z.

Watch a webinar on this resource:

Related resources on the web:

The Vere Harmsworth Library has organised a trial to Readex’s African American Newspapers series I and II. The trial ends 19th February.

newspapers chronicling a century and a half of the African American experience. The collections include historically significant papers from more than 35 states, and many rare 19th-century titles.

We trialled series I in July 2013. Series II, which has just been released, adds a further 75 titles to the first collection.

Access is available via OxLIP+ until 19th February 2016 (University members can use single sign-on for remote access).

Please send feedback about the trial to jane.rawson@bodleian.ox.ac.uk.

Check out the rest of the History eResources Desiderata and Trials.

The Vere Harmsworth Library has organised trial access to Readex’s Black Authors: Imprints from the Library Company of Philadelphia (1556-1922).

This collection offers more than 550 fully catalogued and searchable works by black authors from the Americas, Europe and Africa, expertly compiled by the curators of Afro-Americana Imprints collection, the largest existing collection of its kind. Found within are wide-ranging genres, including personal narratives, autobiographies, histories, expedition reports, military reports, novels, essays, poems and musical compositions.

Major subject areas addressed in Black Authors include Literature, Ethnic History, Colonialism, Gender Studies, Slavery, Diaspora Studies and related fields. As a whole, this collection reveals how the creative efforts of black authors evolved over three centuries. The earliest published works of authors of African descent are largely travel narratives and historical works treating the exploration of the African continent and the collision between European powers with the peoples of Africa.

Access is available via OxLIP+ until 5th February 2016 (use single sign-on for remote access). Please send comments or feedback to jane.rawson@bodleian.ox.ac.uk.

[re-blogged from the VHL blog.]

[partially re-blogged from the VHL blog post by Jane Rawson.]

Our subscription to the Digital National Security Archive has moved from its own site to be incorporated into the ProQuest platform. If you’re used to using our other ProQuest resources (Historic Newspapers, American Periodicals, Ethnic NewsWatch, Dissertations & Theses among others), the new search interface will be familiar to you, and as with our other ProQuest subscriptions, it will now be possible to cross-search these with the DNSA.

What is the DNSA?

The Digital National Security Archive (DNSA) provides access to over 500,000 pages of declassified documents, starting in 1945 and going right up to almost the present day for certain topics.  The main way in which this resource differs from Declassified Document Reference System (DDRS) is that it is organised thematically, with documents arranged into collections on specific areas or events such as Afghanistan, the Cuban Missile Crisis, the Vietnam War, or US military uses of space.  New collections are added relatively frequently, so even if your area of interest is not currently covered it is worth checking back periodically.  More from a VHL Blog post.

DNSA is arranged as a number of thematic collections, which could be searched individually. There are three ways to do this now it has moved to ProQuest:

Check out more guidance on the new platform on

[re-blogged from the VHL blog post by Jane Rawson.]

If you’re an Oxford student writing your thesis on an American topic in History or Politics, and are thinking about travelling to conduct primary source research in the United States, you might like to consider applying for a travel award from the Rothermere American Institute.

Full details of the awards and how to apply may be found on the RAI website. The deadline for submission of applications is 12 noon on Friday 12th June.

[re-blogged from the VHL Blog.]

We’re pleased to announce that, following a trial in the autumn, we have now subscribed to the digital archives of three significant political magazines: The Nation, National Review and The New Republic.

Each archive starts from the first issue and runs up to present, and the three may be cross-searched with each other and also the Readers’ Guide Retrospective database. Access is via Databases A-Z.

As well as the History Vault trial which we announced, we now have trial access to three magazine archives: The Nation, National Review and The New Republic.

The VHL has extensive holdings in print of all three magazines, although we have significant gaps in our run of National Review.

Access is available via OxLIP+ until 24th November 2014. Please send comments and feedback to jane.rawson@bodleian.ox.ac.uk.

We now have trial access to ProQuest History Vault until 31st October.

History Vault contains a number of collections of papers and documents covering a range of American history topics, particularly African American, political and military history. Collections are largely focused on the 20th century but earlier material is also included.

The full list of collections is as follows (links take you to the descriptive brochures with further information and details of what’s included):

Access is now available via OxLIP+ until 31st October 2014. Please send any comments or feedback to jane.rawson@bodleian.ox.ac.uk.