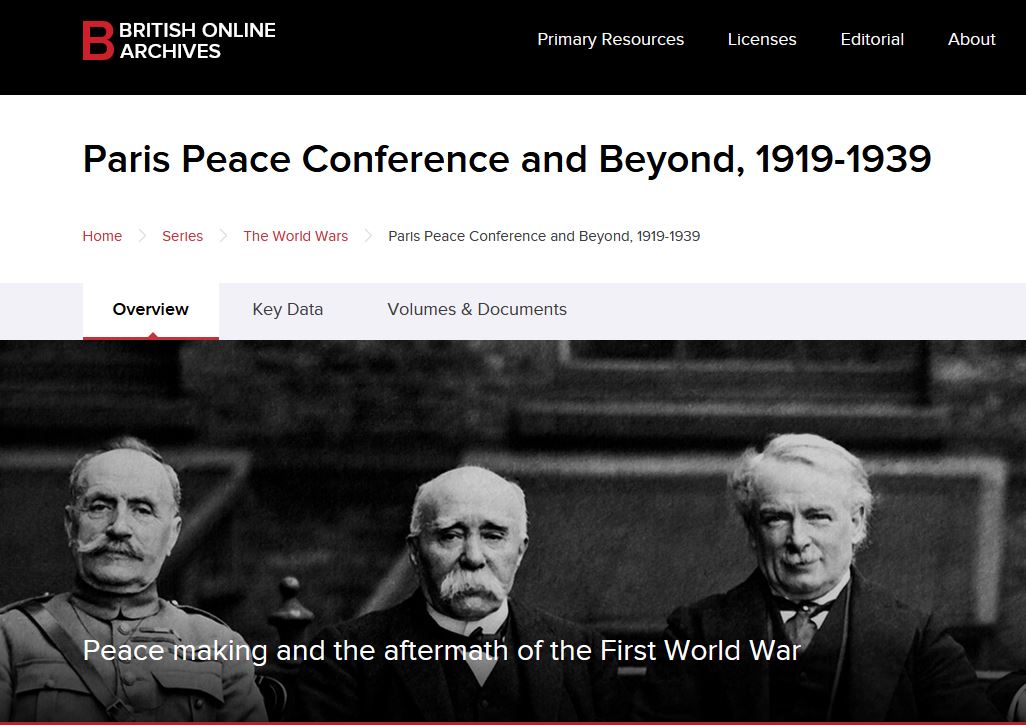 Right on schedule for the Centenary of the First World War a number of exciting new history books on various interesting aspects of WWI have arrived at the Bodleian!

In Ypres Mark Connelly and Stefan Goebel examine the small Belgian city which between 1914 and 1918 became the location of five major battles between the Allied troops and the Germans – battles which resulted in hundreds of thousands of casualties, and placed Ypres at the heart of First World War battlefield tourism.

Opening his focus to the entirety of the Western Front rather a single battlefield, David T. Zabecki’s The generals’ war: operational level command on the Western Front in 1918 examines the plans and decisions of the senior-most German and Allied commanders, exploring the military strategies of those generals during the last year of the Great War.

And not from the generals’ view, but from the complete opposite side of the spectrum come Les carnets de guerre de Louis Barthas: 1914-1918. This is an edition of the 19 notebooks compiled by a French corporal who fought for four years in some of the most dangerous sectors of the front, including Verdun and the Somme. Into these notebooks Barthas transcribed his diary and letters, adding collected picture postcards, illustrations, and maps clipped from newspapers and magazines.

Unlike these first books which examine the war and WWI warfare proper, several of the newly arrived books focus on the social and cultural history of WWI. Laura Rowe writes on Morale and discipline in the Royal Navy during the First World War, and Roger L. Ransom examines the dark history of war profiteering in Gambling on war: confidence, fear, and the tragedy of the First World War 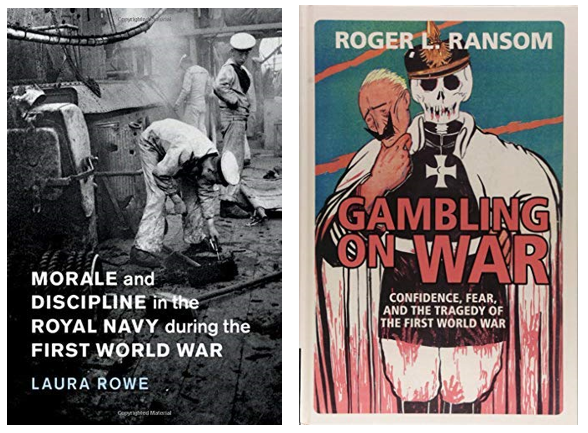 Along with socio-cultural history, gender studies are also gaining a foothold in war historiography – while all of the above monographs focus rather naturally on the (male) soldiers and their (male) commanders, the final pair of books I would like to present in this blog post take as their topic the often neglected “other half” of humanity involved in the Great War – the women.

Alison Fell’s Women as veterans in Britain and France after the First World War looks at former nurses, charity workers, secret service agents, members of resistance networks in occupied territory or of the British auxiliary corps. After the end of the war these women appropriated the cultural identity of “female war veteran” in order to have greater access to public life in a political climate in which women were rarely heard on the public stage.

Similarly, the women Stefania Bartoloni writes on in Donne di fronte alla guerra: pace, diritti e democrazia (1878-1918) demanded more rights and more democracy and called for women’s participation in decisions on national and international affairs. Beginning at the end of the 19th century but continuing through to the end of WWI, this group of feminists and suffragists critiqued the male power system in which men were the heads of governments and diplomacy who chose to settle conflicts between nations through the instrument of war. 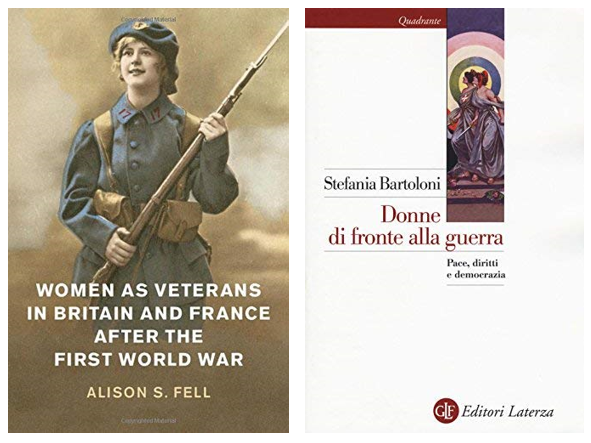 You can find all the books tagged with “World War I” on the Bodleian History Faculty LibraryThing pages here!

Oxford reseachers now have access to the digitised Deutsche Reichsanzeiger und Preußischer Staatsanzeiger 1819-1945. It is listed in Databases A-Z and will soon also appear in SOLO.

The Deutsche Reichsanzeiger and Preußische Staatsanzeiger was a newspaper that appeared until April 1945 and acted as the official press organ of the state of Prussia and then the German Reich. The history of the newspaper goes back to 2 January 1819, changing title and scope in the course of time. Included in this online resource are:

The content also changed over time. Alongside interesting government-controlled editorial sections, the value of this resource lies in an enormous treasure of orderly gathered microdata.  While the gazette published official government notices, in the course of the second half of the 19th century it also published details relating to trade and commerce (e.g. bankruptcies) and between 1873 and Deb 1943 also stock market information. 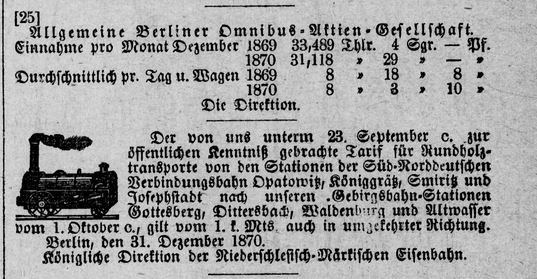 This resource will also be of interest to those engaged in genealogical studies in Germany in as far as it published extensive lists of casualties during the First World War and expatriation lists during the Third Reich.

The text is in German Gothic script. You can zoom in and out to enlarge the text and easily create a snippet image to save or print out. Full-text searching is possible also.

Today marks the launch of the University of Oxford’s ‘Lest We Forget’ project aimed at saving and preserving material owned by the public related to WW1. WEW are seeking to donations to fund the project which will lead to a national campaign of training and supporting volunteers throughout the UK to run local digital collection days in which people can bring in the material they own, it will be digitized and uploaded to a freely available web site to launch on 11th November 2018.

Please help spread the word about this project and donate by going to: https://oxreach.hubbub.net/p/lestweforget/

Following a successful trial last year and thanks to the very generous donation by John and Jean Dunbabin, Oxford historians now have access to Women, War and Society, 1914–1918 (Archives Unbound).

This resource fully documents the essential contribution of women during the Great War as well as the revolutionary and permanent impact the War had on the personal, social and professional lives of these women. It is an important collection for research into 20th century social, political, military and gender history.

On behalf of the library and the Committee of the Library Provision and Strategy (CLiPS) in History, I would like to extend my deepest thanks to JOHN and JEAN DUNBABIN for donating sufficient funds to permanently add this resource to the library’s holding and ensure that future generation of historians have access to important source material on this period and topic. 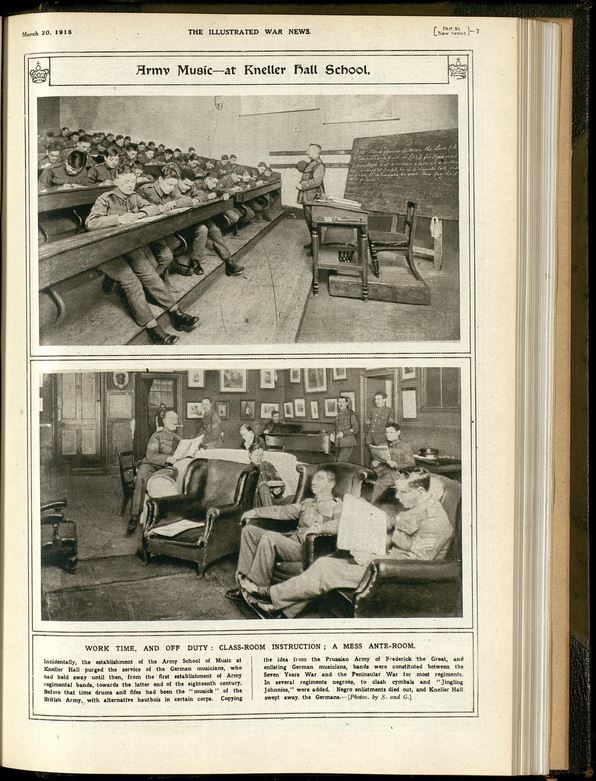 I am pleased to announce a trial of Women, War and Society, 1914–1918 (Archives Unbound) which is now available to our readers.

This resource fully documents the essential contribution of women during the Great War as well as the revolutionary and permanent impact the War had on the personal, social and professional lives of these women. It is an important collection for research into 20th century social, political, military and gender history.

The resource reproduces primary source material brought together in the Imperial War Museum, London, and originally published by the Air Ministry, League of Mercy and War Fund, Purple Cross Service, Russian Relief Fund and many other organizations. This definitive digital collection of charity and international relief reports, pamphlets, photographs, press cuttings and more is fully searchable.

On 24 April, the Koninklijke Bibliotheek België (Bibliothèque royale de Belgique, Royal Library of Belgium) launched BelgicaPress, an online resource providing access to nine digitised historical Belgium newspapers. Over 4 million pages have been digitised. They cover 1831 to 1950 for the following newspapers:

However, only content before 1919 is freely accessible over the internet. That is still an amazing 1.2 million pages and particularly good news for 19th century and World War I historians.

Content after 1919 can only be consulted in the Koninklijke Bibliotheek België itself. And how do you spot those? In your search results list, look out for:

Thanks to OCR, the content is full-text searchable. However, I have found it somewhat temperamental. For instance, Hitler also retrieves bitter and Ritter.

Once you have an image on the screen, you can zoom in really well and you can pick up a permalink. I particularly like the ability to select a section which then automatically gets enlarged. A nice touch.

Despite a few niggles, this resource should be hugely welcomed by researchers and the Koninklijke Bibliotheek België should be praised for its work.

As it’s so useful, it is now also listed in Databases A-Z and SOLO.

A series of talks are taking place this term, accompanying the Bodleian Library’s exhibition The Great War: Personal Stories from Downing Street to the Trenches (18 June 2014 — 2 November 2014).

ALL WELCOME – FREE ADMISSION. Please note that, as places are limited at the talks, we recommend booking in advance via the Bodleian Library website:  www.bodleian.ox.ac.uk/whats-on.

‘The Problem with Propaganda’

‘From Downing Street to the Trenches’

As part of the commemoration of World War I, a number of events in Oxford are scheduled for Hilary Term 2014:

A conference in collaboration with the Centre for Global History and the Maison Française.

With a view to encouraging and informing reflection, the McDonald Centre in association with Christ Church Cathedral will stage the following series of public lectures during Hilary Term.

The Great War: Personal stories from Downing Street to the Trenches, 1914-1916
A Bodleian Exhibition 12 June to 2 November 2014