We will be unstaffed on Friday, so please plan ahead if you intend to visit by getting in touch with us. Happy weekend!

An Unnatural History: The Re-Emergence of Infectious Disease in the 20th Century’

Presented by Professor Christoph Gradmann, University of Oslo
Leverhulme Visiting Professor at Wellcome Unit for the history of Medicine, Oxford 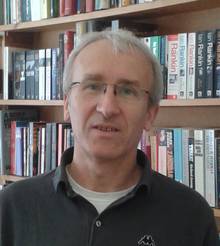 In this closing lecture of the series ‘An Unnatural History: The Re-Emergence of Infectious Disease in the 20th Century’ debates about the nature and control of infectious disease from the 1980s to the early 2000s are explored. The following topics shall be addressed: The entanglement of biology and technology at the end of the 20th century; changing notions
of infections and of infectious causality; understanding multiple drug resistance; evolutionary biology, disease ecology and emerging infections. In addition we shall have a look at the frequently proclaimed ‘end of antibiotics’. Finally we shall explore how questions concerning infectious diseases and their control have re-entered public imagination.

Week 6 – 2 June
Gayle Davis, University of Edinburgh
Bulls, Baseness and Bunk: Medical Responses to Female Infertility in Mid-Twentieth-century Scotland
This paper will explore how the infertile patient was characterised and treated by the medical profession in mid-twentieth-century Scotland. Such was the concern that this subject engendered at this time that a Departmental Committee was appointed (1958) to investigate infertility and its treatment through artificial insemination. Medical testimony to that Committee, as well as clinical records from the Royal Infirmary of Edinburgh out-patient infertility clinic, give rich insights into medical thinking and practice, and into the complex social politics and anxieties which surrounded the topic more broadly. It will be considered how women’s bodies, personalities, and agency in proactively seeking motherhood, were heavily pathologised in these discourses, but also how the men involved – both husbands and sperm donors, and even the doctors in charge of proceedings – did not escape this tendency to pathologisation.

Gayle Davis is a senior lecturer in the history of medicine at the University of Edinburgh, and Chair of the Society for the Social History of Medicine. She has published extensively on the history of sexuality and reproductive health in twentieth-century Scotland, including The Cruel Madness of Love’: Sex, Syphilis and Psychiatry in Scotland, 1880-1930, and the recent book (with Roger Davidson), The Sexual State: Sexuality and Scottish Governance, 1950-80 (Edinburgh University Press, 2012), which was shortlisted for the National Library of Scotland Scottish Research Book of the Year Award, and comes out in paperback this summer.

Due to the Bank Holiday, our opening hours will be curtailed next week.

We will be closed on Monday – please also note that there will be no Unit Seminar that day, either.

Tuesday, Wednesday and Friday we will be open 2.15pm-5pm

As ever, please get in touch in advance if you need to visit. Have a lovely Bank Holiday weekend!

The Wellcome Unit for the History of Medicine is pleased to announcethat its annual postgraduate conference, “Poison, Persuasion, and Panaceas”, will be held on Friday June 6th 2014 from 10:00 to 17:30.

Speakers will explore the cross-pollination of medicine, technology,and culture from the age of empire to the age of Internet. Taking an interdisciplinary view of history, the conference seeks engaging and enthusiastic participants for a rousing and challenging discussion.

The conference will convene in the History Faculty Lecture Theatre onGeorge Street. All are welcome. Attendence is free, but for catering purposes, please register yourinterest with Belinda Michaelides (belinda.michaelides@wuhmo.ox.ac.uk) by 30 May 2014. The programme and further details will be uploaded shortly at http://www.wuhmo.ox.ac.uk/events/unit-events.html

The collection covers the whole period of the association’s existence, 1896-1966, and includes some earlier papers concerned with its formation (MSS. Brit. Emp. s. 400 / 120 / 1, fols. 1-20) and some later papers concerned with financial matters (MSS. Brit. Emp. s 400 / 18a). There are 119 bound volumes – minutes of meetings, ledgers and registers, and printed material – and 32 boxes of correspondence and other records including the complete series of annual reports. In the final annual report the work of the association is reviewed in a “Historical Survey” (MSS. Brit. Emp. s. 400 / 131, item 53).

The full list of items can be found here – Catalogue of the papers of the Overseas Nursing Association, and will be of interest to those studying Colonial History, as well as History of Medicine and Nursing History.

A reminder that the reading room at Rhodes House will be closing on 12 September 2014 and reopening in the Weston Library on 22 September 2014. The archives and rare books will be moved to the Weston stacks in August-September. The majority of the rest of the book collection has now been moved to the BSF at Swindon. Information about the Weston Library is available on the Bodleian website and this will be added to over the coming months.

The Weston Library opening hours have also now been decided.  The reading rooms will be open at the following times:

As ever, please do get in touch in advance of any visit. Enjoy the weekend!

The Last Asylum, published in 2014, describes her years of psychoanalysis and her experiences as a patient in Friern Barnet, the mental hospital in North London. 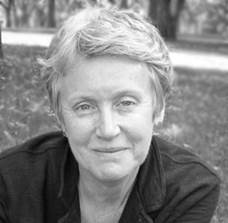 Free and open to all. A sandwich lunch will be provided.

‘Population control and the State in 1950s India: producing consent through “unmet needs”‘

Rebecca Williams is an Early Career Fellow at the Institute of Advanced Study, University of Warwick. Her research interests are in the history of medicine, development studies, and the history of modern South Asia.

Her doctoral thesis, ‘Revisiting the Khanna Study: Population and Development in India, 1953-60’, addressed the establishment of population control programmes in postcolonial India. Specifically, the thesis examined how and why India became a ‘laboratory’ for population control intervention in the post-war period, for transnational organisations and the Government of India alike, drawing upon oral history interviews and archives across India and the US.

Her next research project, entitled ‘Population Control and the Emergency in India: The Shah Commission Regained’, examines how and why population control served as a crucial point of state intervention during the ‘Emergency’ of 1975-77, when millions were sterilised. 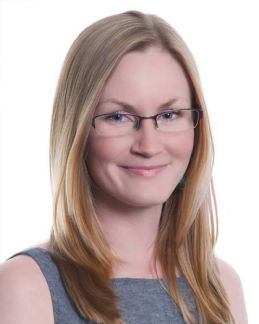 ‘“Surveillance for Equity”? Poverty, Inequality and the Anti-Politics of International Health,’ forthcoming in Sarah Hodges and Mohan Rao (eds.), Science, Technology and Medicine in India, 1930-2000: The Problem of Poverty

LEVERHULME LECTURES
‘An Unnatural History: The Re-Emergence of Infectious Disease in the 20th Century’

Presented by Professor Christoph Gradmann, University of Oslo
Leverhulme Visiting Professor at Wellcome Unit for the history of Medicine, Oxford

In the late 19th century hospitals were seen as harbingers of scientific medicine. Equipped with antisepsis, serum therapy and surgical theatres they heralded the promise that the laboratory revolution entailed for infectious disease: To create environments where such conditions could be controlled. The arrival of rational therapies based on the application of sulphas and antibiotics from the mid 1930ies replied to this promise and hospital medicine appeared to be omnipotent in relation to infectious disease for a historic moment.

Yet, the story took a different turn quickly. The arrival of new pathologies caused by resistant bacteria, nosocomial infections and so forth all seemed to be intimately related to the practice of modern anti-infective therapy. What was worst was that it seemed that the place where such problems culminated was the modern hospital itself! As a result, the 1950s to 1980s became decades of a search for an up-to-date hospital hygiene. It is the story of this search and of the responsible medical discipline, hospital hygiene that the lecture will follow.