A reminder that after 5pm this afternoon, the library will be closed to readers for the duration of essential boiler works at the Unit. We hope to open again on Monday 7th July, though this may change if the works overrun. Updates will be posted on this blog.

The following other libraries with history of science, medicine and technology provision will be open during the summer:
Radcliffe Science Library http://www.bodleian.ox.ac.uk/science

Please continue to visit this blog and our twitter account @WelLibOxford for updates on the works or any changes in dates.

Our opening hours for the week beginning Monday 16/6 will be as follows:

On Friday, we will be staffed 2.15pm-5pm, but please be aware that the library will be being prepared for the first phase of the boiler works in the building, so access to the PC and Sun Rays will be limited, and there may be significant disruption.

As ever, please get in touch in advance of any visit, or if you require more information about alternative reading rooms during the upcoming closed period. Have a lovely, sunny weekend!

This summer, the Wellcome Unit is undergoing major boiler and heating works which will mean that access to the library is not possible for two weeks over the summer.

Our last day open before these works will be Friday 20th June; our reopening date will depend on the completion of the works, but is intended to be Monday 7th July

In the meantime, we can still be contacted via email wellcomeunit.library@bodleian.ox.ac.uk. The following other libraries with history of science, medicine and technology provision will also be open during the summer:
Radcliffe Science Library http://www.bodleian.ox.ac.uk/science

Please continue to visit this blog and our twitter account @WelLibOxford for updates on the works or any changes in dates.

We apologise for the inconvenience caused by these works, but hope it means that we will be able to extend an even warmer welcome than usual when they’re done! 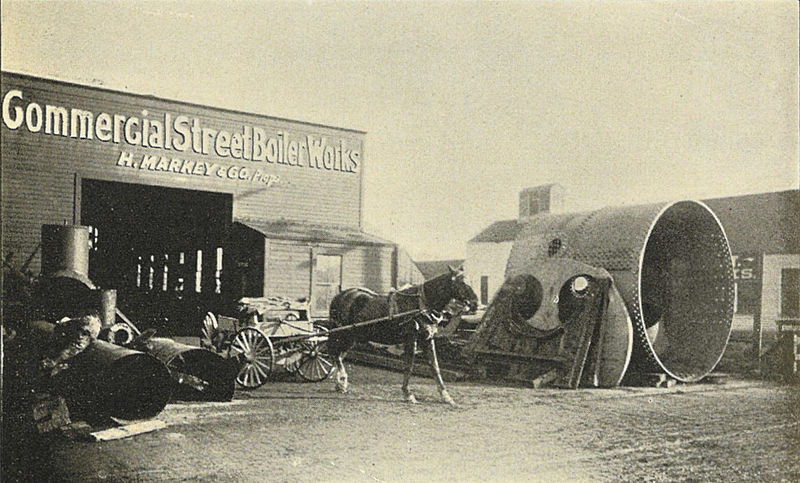 Please join us for the final seminar of term – and of the academic year!

Week 8 – 16 June
Hilary Marland, University of Warwick
‘Girls’ bodies: The Ends of Health Advice Literature in Britain, c.1900′
This paper explores the creation of new models of ‘citizen girl’, as towards the end of the 19th century interest in the health of adolescent girls and its management was prompted by a medical discourse that emphasised the risks of youth in general and of female adolescence in particular. At the same time, girlhood was defined as a unique phase with opportunities for building good practices in terms of health. The press, magazines, general interest journals and advice books were utilised by an expanding range of ‘experts’ in addition to doctors to spread messages about methods of achieving good health: mental and physical. This was envisaged as being supported by the efforts of girls themselves, and became embedded in debates about their expanding opportunities at school, in the workplace, and sport and recreation, as well as their future roles as wives and mothers.

Hilary Marland is Professor of History at the University of Warwick. Her esearch focuses of the social and cultural history of medicine and health, particularly in modern Britain. Her PhD (Warwick 1984) explored medical practice in the West Riding of Yorkshire in the nineteenth century, resulting in her 1987 monograph Medicine and Society in Wakefield and Huddersfield, 1780-1870 (Cambridge University Press, 1987, 2008). She has also researched and published on the history of childbirth and midwifery, alternative medicine, medicine and the household, women and medicine, infant and maternal welfare, neurasthenia, child health, and the health of factory girls. I have an ongoing interest in women and mental illness and published Dangerous Motherhood: Insanity and Childbirth in Victorian Britain in 2004 (Palgrave-Macmillan). She has recently completed a book on medical and health advice literature for young women, Health and Girlhood in Britain, 1874-1920 (Palgrave-Macmillan). This explores the intersection of ideas on health, medicine and adolescence with debates on girls’ access to education, the workplace and recreation, and focuses on practices of health outside of medical institutions and girls’ engagement with advice literature.

She was Principal Investigator on a Wellcome Trust-funded project curing with water 1840s-1940s, that triggered her interest in domestic healing practices in the nineteenth century. She is currently researching the intersection of the household with new and traditional approaches to health and its technologies in the long nineteenth century, including surveys of recipe books and chemists’ prescription books. In 2010, with Dr Catherine Cox at UCD, she started work on a Wellcome Trust supported project on Irish migration and mental illness between the Great Famine and Irish Independence, which has resulted in a series of articles and a co-edited volume.

Situating Science and Technology in the Great War,

Registration is now open for the ‘Situating Science and Technology in the Great War’ workshop, organised by the Centre for the History of the Science at the University of Kent. Registration is free, but places are limited. To register email D.W.Leggett@Kent.ac.uk. Further details are available on the workshop’s website http://www.kent.ac.uk/history/events/conferences/situating-science.html

The programme is as follows:
9:00     Coffee and registration
9:45     Welcome
10:00   Plenary. Graeme Gooday (University of Leeds) & Elizabeth Bruton (University of Leeds), Troublesome Telecommunications in the Great War
11:00   Coffee
11:30   Session I featuring Michael Weatherburn (Imperial College), ‘Another step towards industrial slavery’: scientific management, the Ministry of Munitions, and the gospel of efficiency in British manufacturing, 1915-21; Adrian Smith (University of Southampton), North Kent, the cradle of naval aviation: technological innovation and the Admiralty Air Department before and after August 1914; and Dominic Berry (University of Leeds), Agricultural modernity as a product of the Great War: founding the National Institute of Agricultural Botany, 1917-1921
13:00   Lunch
14:00   Session II featuring Roy MacLeod (University of Sydney), ‘Into hostile camps’: reflections on the Professors’ war; June Barrow-Green (Open University), British mathematicians and the Great War; and Robert Bud (Science Museum), Responding to gas warfare’s emblematic role as science’s contribution to recent civilisation: narrating the conceptual architecture and history of science in the interwar years
15:30   Coffee
16:00   Session III featuring Paul Cornish (Imperial War Museum), ‘The whole machine gun question needs to be closely examined’: placing the machine gun within the history of the Great War; Elizabeth Bruton (University of Leeds), Hydrophones, oscillators and transducers: early sonar and the “Fessenden oscillator” in the Royal Navy during World War One; and Brian Hall (University of Salford), ‘An experiment inside an experiment’: British tank communications on the Western Front, 1916-1918
17:30   Close

Our opening hours for next week will be as follows:

As ever, please do get in touch in advance if you wish to arrange a visit. Have a lovely weekend!

Bridget Gurtler holds a postdoctoral research fellowship with the Woodrow Wilson School and is a visiting fellow at the Center for Health and Wellbeing. Her research interests are in the history of medicine, science, gender, and health, with a particular focus on reproduction and reproductive technologies. Her current book project examines the evolution of assisted reproduction and parenthood in American medicine, families, and society. Focusing on the two

hundred year history of artificial insemination, it investigates how popular and scientific ideas about gendered bodies, heredity, and risk shaped the transformation of sperm into a (frozen) commodity, were pivotal to separating the act of sex from reproduction, and laid the institutional foundations for the modern fertility industry. While at Princeton, she also looks forward to expanding her new research projects on the history of psychosomatic gynecology, urology, and andrology and to collaborations investigating the history of pediatric drug prescription practices in America. She received her Ph.D. in History from Rutgers University in 2013 where she was an Andrew W. Mellon Dissertation Fellow and holds a M.A. in History from the University of Massachusetts Amherst and a B.A. from Wellesley College.

Open Access and Monographs: Oxford forum with publishers and funders.

A forum on current challenges and initiatives in open access monograph publishing. This is part of the Bodleian Libraries Open Access series and an opportunity for Oxford academics & researchers to feed into HECFE’s Monographs and Open Access Project (see http://www.hefce.ac.uk/whatwedo/rsrch/rinfrastruct/oa/monographs/).

This session is for Academics and researchers, especially in the Humanities and Social Sciences, and is a must for those interested in issues around Open Access.

This is will be the last chance to see an original 1870s City of London smallpox map before it is packaged and put back into store. The London Metropolitan Archives, with funding from the Wellcome Trust, has conserved and digitised 5 large smallpox maps that plotted the outbreaks of the disease in London. They date from the 1870s, measure 4X3 metres and give us a wonderful insight into how the disease was spreading in different parts of the City.

We will be holding a public conference on the maps, smallpox and its impact in London. Specialist speakers include:

You will also see related archive material and one of the smallpox maps. Once the project has finished, the maps will be put back into storage and access will be via the digital copies. Do come along.