Our opening hours this week will be:
Monday & Tuesday, 2.15-5pm
Wednesday we will be Unstaffed
Thursday, 2.15-5pm
Friday will be unstaffed, due to the Unit Christmas Lunch 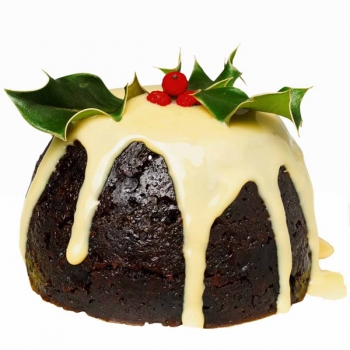 As we head towards the end of the year, advance warning that our last day before Christmas will be Friday 19th December. We will open a little later than normal in January, due to building works at No. 45, and so hope to re-open on Monday 12th January. These details will be posted again closer to the dates.

As ever, please do get in touch in advance if you need to visit.

Cressida Jervis-Read is a Post-Doctoral Research Assistant at the Wellcome Unit for the History of Medicine exploring the politics of water, health and urbanisation in contemporary India as part of a wider research programme at the Unit entitled ‘The Challenge of Urbanisation: Health and the Global City’.

Her research interests include urban ethnography, the anthropology of development, urbanisation, infrastructure and health.

We will be open Monday-Wednesday, 2.15-5pm, and we will be unstaffed on Thursday and Friday. We apologise for any inconvenience caused.

As ever, please do get in touch in advance of any visit to arrange access. Have a lovely weekend!

‘Malaria and Japanese Imperalism in Manchuria’

Dr Kim Jeong-Ran is a researcher based at the Wellcome Unit for the History of Medicine at the University of Oxford. 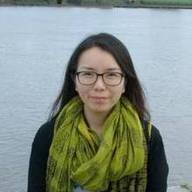 Educated at the Korean Maritime University and Kobe University, she is the author of several articles on the history of disease and public health in Korea. Moreover, her research has concentrated on port cities, particularly Busan, and the health issues associated with trade, migration and other themes which are important elements of globalization today.

She is currently working on a project which examines the relationship between disease and development in global cities funded by the Wellcome Trust and the John Fell Fund of Oxford University.

Jeongran Kim ‘The Politics of Hansen’s Disease in Busan during the Colonial Period’, Choseon History Association Journal 48 (10, 2010) (In Japanese)

Jeongran Kim ‘Movement of Humans and Diseases : Control of Syphilis in the Japanese Settlement during the Pre-colonial period’, Various Aspects of Coexistence 1 (03, 2011) (In Japanese)

Jeongran Kim ‘A Study of the Cholera Epidemics and Anti-epidemic Activities in Busan during the Opening port period, Focusing on the Japanese Settlement and Water supply’, Cultural Interaction Studies of Sea Port Cities 4 (04, 2011), (In Korean)

Jeongran Kim ‘Quarantine against Choseon Cows in Busan during the Opening port period’ in Matsuda Toshihiko and Jin Jeong-Won (eds) The Domination and Regional Societies in Japanese Empire (Kyoto: Sibunkaku, 2013) (In Japanese)

Please note there is no parking at the Unit.

Due to a User Education Session, we will be unstaffed on Monday. The rest of the week, we will be staffed:
Tuesday, Wednesday and Friday, 2.15-5pm
Thursday, 2.15-4.30 pm.

Please do get in touch in advance of any visit, and have a lovely weekend!

‘Oxford and shell shock in the Great War’ 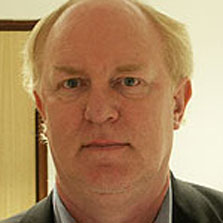 research interests range broadly across modern British history. In particular, his work has focussed on the history of health care provision and social policy, with an associated emphasis on the history of child welfare. Specific research topics have included: municipal medicine in inter-war England and Wales; child evacuation policies in wartime Scotland; and welfare provision in ‘peripheral’ areas of the United Kingdom and Europe. He is  writing a chapter on the medical left, to be published in a volume edited by Charlotte Sleigh and Don Leggett, to be published by Manchester University Press in 2014 and entitled ‘Scientific Governance in Britain, 1914-79’.

‘An Introduction to Research into the History of British Healthcare’, electronic publication, Intute: Arts and Humanities, www.intute.ac.uk/themes/historical/healthcare ‘Sickness and Health,’ in L. Abrams and C. Brown (eds.),  A History of Everyday Life in Twentieth Century Scotland, Edinburgh,  2010,  228-254.

‘Cradle to Grave:  Municipal Medicine in Interwar England and Wales‘, with A. Levene, M Powell and B Taylor, Oxford 2011.

Please note there is no parking at the Unit.

On Wednesday we will be unstaffed. Apologies for any inconvenience caused by this.

Please do get in touch in advance of any visit. Have a lovely weekend! 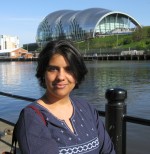 Dr Sehrawat works on the history of the rapidly expanding colonial medical infrastructure at the national, provincial and local levels by examining how the colonial state viewed provision of health care for Indians. Her research shows that ideologies of rule were challenged by emerging discourses of anti-colonial nationalism and by professional groups. Another running theme in her work has been the interaction between the rural and urban areas of north India, informed by her experience of growing up in a village in Delhi. She explores the social history of hospitals through the experiences of Indian troops (‘sepoys’) and rural Indian women in the twentieth century. In this, a central concern has been the influence of constructions of ethnicity and gender on health care in the military and in women’s hospitals.

She is currently working on a British Academy funded project ‘History of Women’s Hospitals in Colonial India, c.1885-1920’. This project explores the twentieth century history of the Dufferin Fund, the Association of Medical Women in India (AMWI) and the foundation of the Women’s Medical Service in India. It will examine the intermeshing of the colonial state with ‘non-governmental’ philanthropic organizations seeking to improve health care for Indian women. Vicereines acting as incorporated wives and white women doctors acting as medical experts shaped ideas of ‘zenana’ health care in line with imperial ideologies. Her research further shows that by criticizing the ‘improving’ colonial state for inadequate intervention, the AMWI sought to expand the role of female doctors in health care.