On Friday we will be unstaffed. Apologies for any inconvenience caused by this.

As ever, please do get in touch in advance of any visit.

The material and visual culture of health in Renaissance Tuscany

The material and visual culture of health in Renaissance Tuscany
Historians have only very recently begun to examine the visual and material culture of health in Renaissance Italy. Central to this theme is the crucial association between medicine, religion and art. This paper will explore how the spaces of the Renaissance hospital were used, through examining the function of a wide range of objects commissioned by and for them, from important altarpieces to fresco and sculptural cycles to pharmacy jars, beds and patients’ clothes, underlining the central function of these major institutions in healing the body and healing the soul.

Professor Henderson has long been interested in two major historical themes which are as relevant today as they were in medieval and renaissance Europe. The first is the way in which society dealt with poverty; by examining the poor relief and welfare structures in the past we can discover not just the origins of present systems, but also the enduring attitudes and prejudices towards poorer members of our society. The second is how society coped with epidemics, especially the two major diseases which dominated this period: plague and syphilis. Once again, examining reactions in the past to emergencies caused by both acute and chronic epidemic disease can help us to understand why and how societies of the 20th and 21st centuries reacted to the new epidemics including AIDS, SARS, malaria and Ebola.

He is Director of a new Research Project ‘Medicine and the Medici in Grand-ducal Tuscany’ at the Medici Archive Project, Florence; co-founder and Chair of the International Network for the History of Hospitals, which organises a bi-annual conference and publishes the proceedings and a regular Newsletter. (see: http://inhh.homestead.com/); and special advisor on history of health and hospitals for international project: ‘Tolerance and the city: human interaction in social and urban space’, University of Kristiansand, Norway.

Coffee will be available from 14:00. Please note there is no parking available at the Unit.

Due to a number of user education sessions being run, the library will be staffed fewer hours than usual this week.

We will be unstaffed on Monday and Wednesday afternoons.

We apologise for any inconvenience caused by the reduced hours this week; as ever, please do get in touch in advance of any visit.

How can musicians use concepts about randomness from physicists to enrich their compositions? How far is the image showing a patient’s brain scan an aesthetic choice made by the clinician? How can humanities scholars and policy makers help engineers to explore the potential social and cultural impact of their innovations?

This series of panel discussions will exploring how points of methodological conversions across disciplines can be used to address current research questions.

All seminars will take place from 13:00 – 14:00 (with lunch available from 12:45) at the Radcliffe Humanities Building on Woodstock Road.

For more information about the Humanities and Science programme, please visit www.torch.ox.ac.uk/humsciox. For other upcoming events and funding opportunities this term, you can read TORCH’s termly newsletter here: http://544f9688d9b29.mailerlite.com/h2n9e5.

A gold rush: Francis Anthony and the search for an universal gold medicine, 1600-1620
Posterity has not been kind with Francis Anthony (1550-1623), a Cambridge physician peddling a ‘potable gold’ medicine at the turn of the 17th century. However, Anthony was highly reputed in the period as an alchemical adept and follower of Paracelsus’s doctrine. He was part of a number of prominent alchemical philosophers keen on harnessing the virtues of gold for medical purposes. This presentation analyses the alchemical ideas and practices surrounding gold and golden remedies at the beginning of the 17th century.

Georgiana Hedesan is a Wellcome Trust Fellow in Medical Humanities at the University of Oxford, with a project on universal medicine and prolongation of life in seventeenth-century alchemical thought.

Our opening hours next week will be as follows:

On Wednesday we will be Unstaffed; apologies for any inconvenience caused by this.

As ever, please get in touch in advance of any visit.

Have a happy weekend!

A new term brings the return of the Wellcome Unit Seminar Series!

Epilepsy on the silver screen: A history of epilepsy in cinema

Dr Sallie Baxendale is a consultant neuropsychologist with Epilepsy Society and University College London Institute of Neurology. She has worked with people with epilepsy for 20 years. 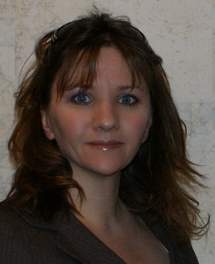 Sallie has published over 60 scientific papers on a wide range of topics in epilepsy. Her current research interests include memory function in epilepsy, outcomes following epilepsy surgery, alternative treatments for epilepsy and the study of stigma and representations of epilepsy in the media.

Her research interests are focused on memory and epilepsy. A neuropsychological assessment is a long and often stressful procedure for a person with epilepsy to undertake. She is committed to ensuring that the results of these investigations are utilised for the maximum possible benefit for every patient, particularly in the pre-surgical setting. It is this commitment to evidence based practise that drives her research endeavours.

She has recently published a book on Epilepsy: Complementary and alternative treatments.

Coffee will be available from 14:00. Please note there is no parking available at the Unit.

Happy New Year to all our readers!

We are open again following a slightly extended Christmas break to allow for draught excluders to be fitted to the library windows, and looking forward to welcoming our readers back to a cozier library.

Our opening hours this week will be :

We will be unstaffed on Wednesday afternoon.

Do please get in touch if you would like to visit.