Please be aware that the History of Medicine Library will be closing for the Christmas break at 4.30pm on Thursday 19th December 2019. The Library will then be closed until 2.15pm on Monday 6th January 2020.

We hope you all have a splendid Christmas and look forward to seeing you in the New Year! 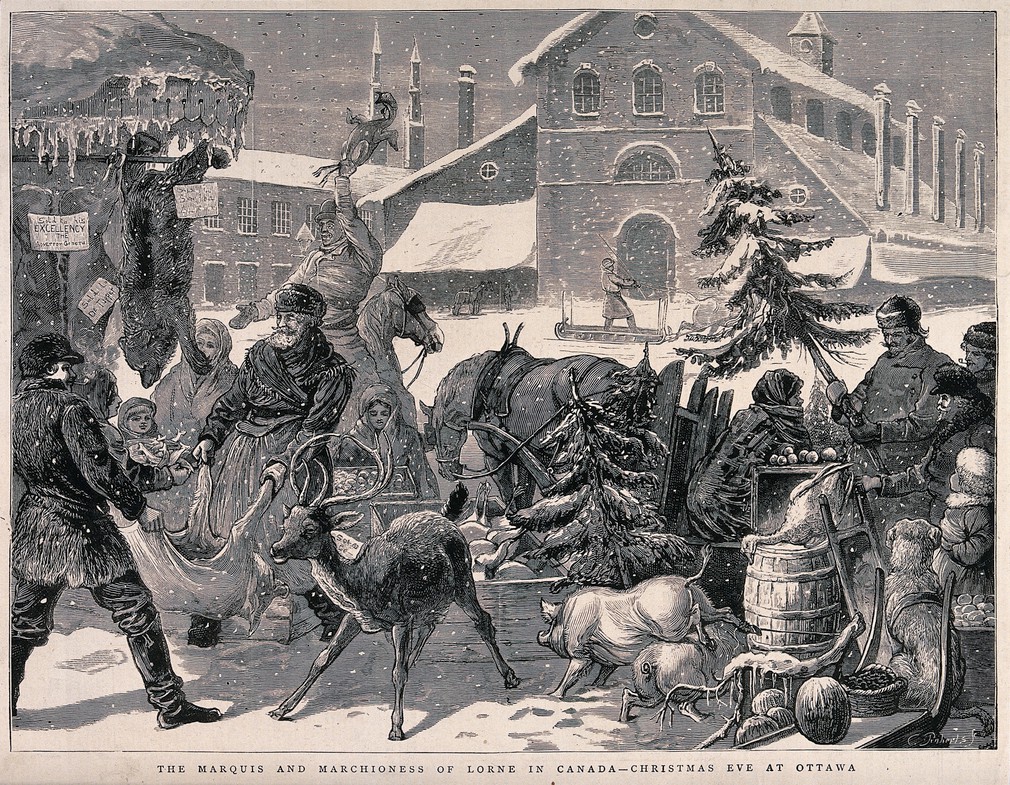 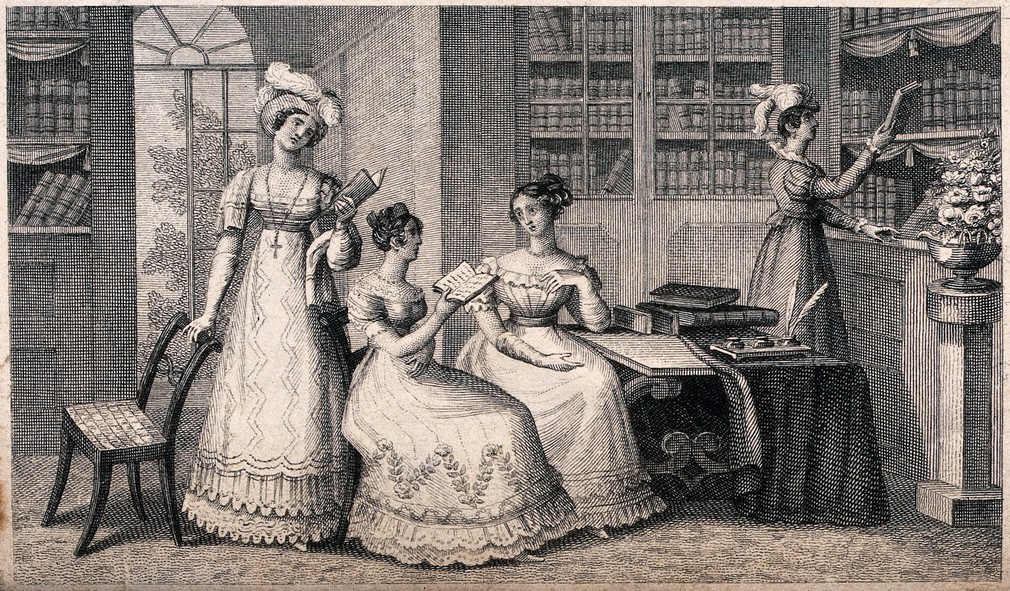 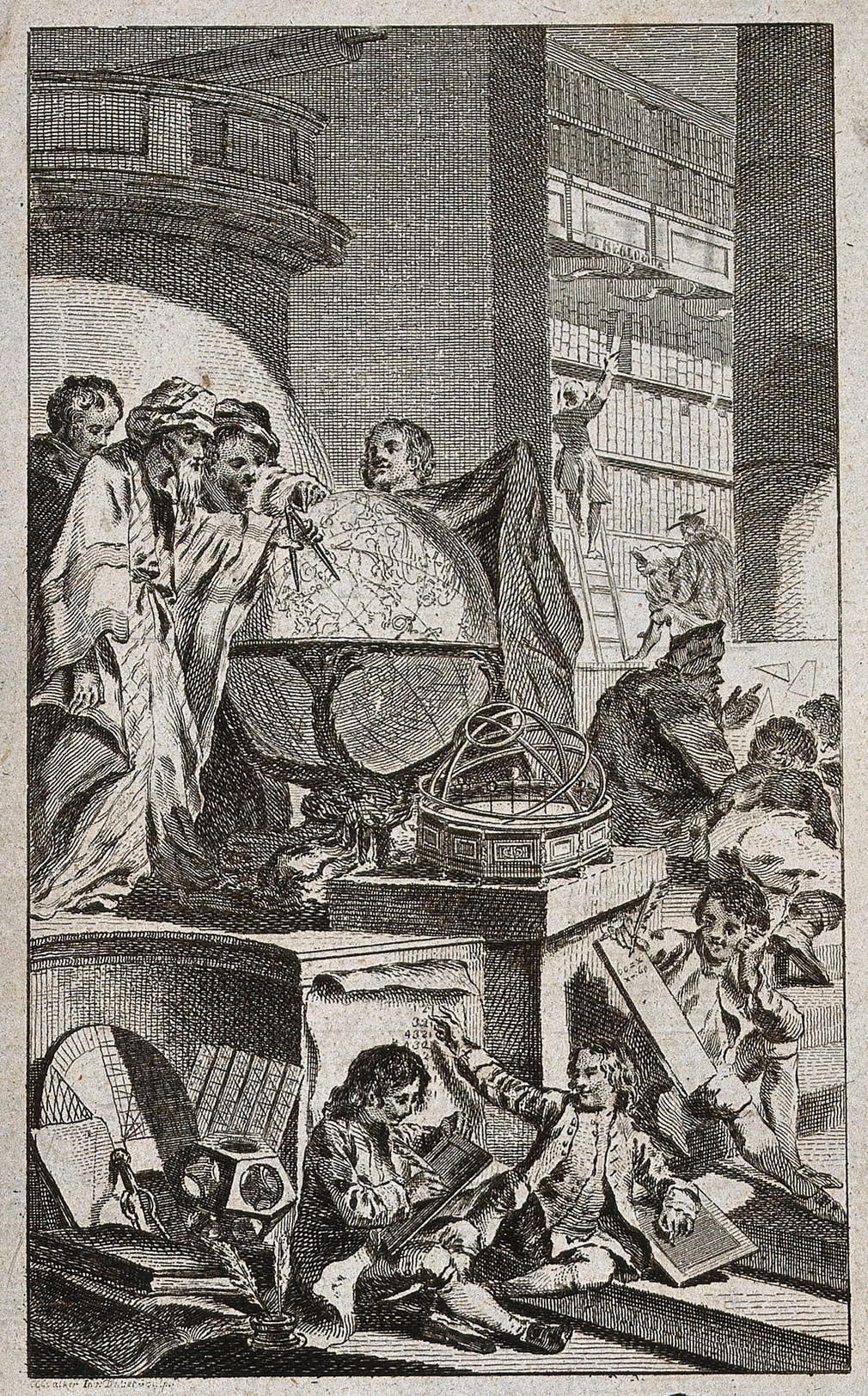 An allegory of learning: boys learn to read, write, and calculate in the foreground, in the middleground an elderly man uses dividers on a globe, in the background men take books from shelves. Engraving, 1756. Credit: Wellcome Collection. CC BY

We may be about to leave 2019 behind us, but fear not, we are doing so with a plethora of new books in our collection! From August to December this year, the History of Medicine Library acquired 45 more books. Whilst most of these have now found their new home on the main shelves of the Library, our New Books Display continues to exhibit some intriguing titles… 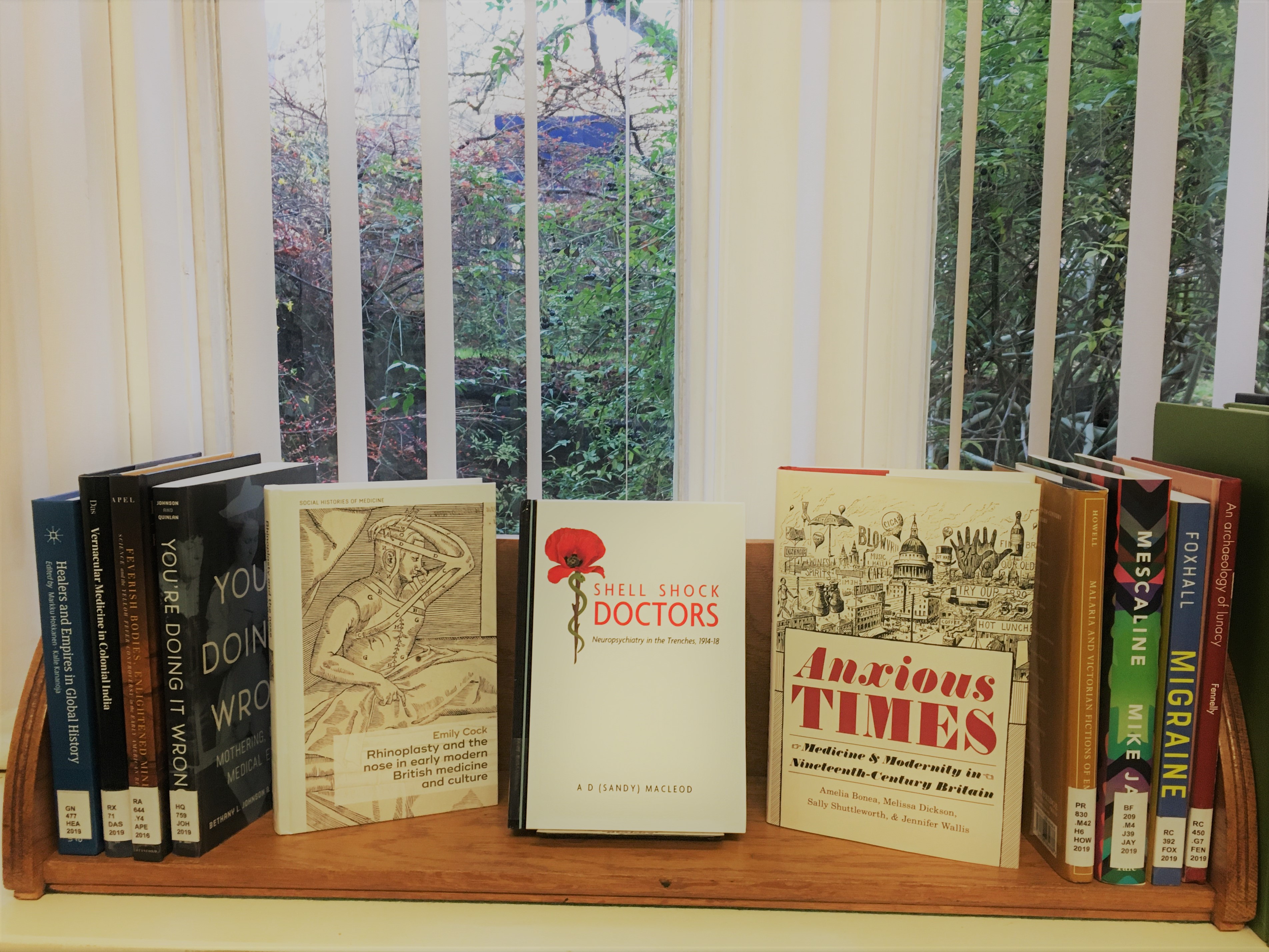 “Challenging histories of plastic surgery that posit a complete disappearance of Gaspare Tagliacozzi’s rhinoplasty operation after his death in 1599, Rhinoplasty and the nose in early modern British medicine and culture traces knowledge of the procedure within the early modern British medical community, through to its impact on the nineteenth-century revival of skin-flap facial surgeries. The book explores why such a procedure was controversial, and the cultural importance of the nose, offering critical readings of literary noses from Shakespeare to Laurence Sterne. Medical knowledge of the graft operation was accompanied by a spurious story that the nose would be constructed from flesh purchased from a social inferior, and would drop off when that person died. The volume therefore explores this narrative in detail for its role in the procedure’s stigmatisation, its engagement with the doctrine of medical sympathy, and its unique attempt to commoditise living human flesh.” (Published by Manchester University Press)

Shell Shock Doctors: Neuropsychiatry in the Trenches, 1914-18 by A D Sandy Macleod

“Shell shock was the signature injury of the First World War. Military doctors during the conflict on the Western Front observed and personally experienced psychiatric states they had never witnessed before. This text reviews the published medical literature of that era which graphically detailed the clinical states of hysteria (conversion disorder) and neurasthenia (anxiety and PTSD). Medical officers at the front evolved pragmatic medicinal, cognitive and behavioural interventions, still practised today, though never scientifically proven to be effective. The doctors, like their patients, endured numerous horrors at the front, which were, for many, to influence their post-war personal and professional lives. Much of what they wrote was forgotten and deserves reconsideration. Neuropsychiatry was founded in the shell craters of Flanders.” (Published by Cambridge Scholars Publishing)

“Much like the Information Age of the twenty-first century, the Industrial Age was a period of great social changes brought about by rapid industrialization and urbanization, speed of travel, and global communications. The literature, medicine, science, and popular journalism of the nineteenth century attempted to diagnose problems of the mind and body that such drastic transformations were thought to generate: a range of conditions or “diseases of modernity” resulting from specific changes in the social and physical environment. The alarmist rhetoric of newspapers and popular periodicals, advertising various “neurotic remedies,” in turn inspired a new class of physicians and quack medical practices devoted to the treatment and perpetuation of such conditions.

Anxious Times examines perceptions of the pressures of modern life and their impact on bodily and mental health in nineteenth-century Britain. The authors explore anxieties stemming from the potentially harmful impact of new technologies, changing work and leisure practices, and evolving cultural pressures and expectations within rapidly changing external environments. Their work reveals how an earlier age confronted the challenges of seemingly unprecedented change, and diagnosed transformations in both the culture of the era and the life of the mind.” (Published by University of Pittsburgh Press)

For a full list of this year’s new books, please check out our LibraryThing page. If you would like to consult any of these titles and more, then feel free to visit us at 45 Banbury Road! We are open most weekday afternoons from 2.15pm until 5pm, but please do check our weekly blog posts for our accurate opening hours. If you haven’t visited the History of Medicine Library before, then please do email us at historyofmedicine@bodleian.ox.ac.uk in order to arrange your initial visit. See you soon!