Amy did work experience in the John Johnson Collection in October 2012. She writes:

One of the aspects which I found particularly interesting was the opportunity I was given to look at some book jackets from before 1960 as I had studied this period in History and was therefore informed about the contextual background to what I was viewing.

In October the collection was in the process of acquiring and cataloguing a new donation of games.  It was really interesting to see games from the eighteenth, nineteenth and early twentieth century in order to evaluate how entertainment has developed over the years. It also enabled me to view the complicated cataloguing process which each item has to undergo.

In summary, my time at Oxford was invaluable; it has enabled me to focus on how History is used in the modern world and allowed me to look at the John Johnson collection which was fascinating. I am really thankful to Julie Anne Lambert for allowing me to visit the collection and gain an insight into her line of work. The collection itself was really interesting and thought provoking with regard to how our world has changed particularly with regard to entertainment.

The new (free) Bodleian exhibition, Dickens and his world, curated by Clive Hurst, is opening tomorrow. It runs from June 2 to October 28. There are lots of ephemera, mostly from the John Johnson Collection. The accompanying book: The curious world of Dickens by Clive Hurst and Violet Moller is full of ephemera too.

As well as items directly related to the novels (playbills of dramatisations, miniature theatre sheets etc), there are many ephemera showing the world Dickens lived in and wrote about, linked by quotations from his works. 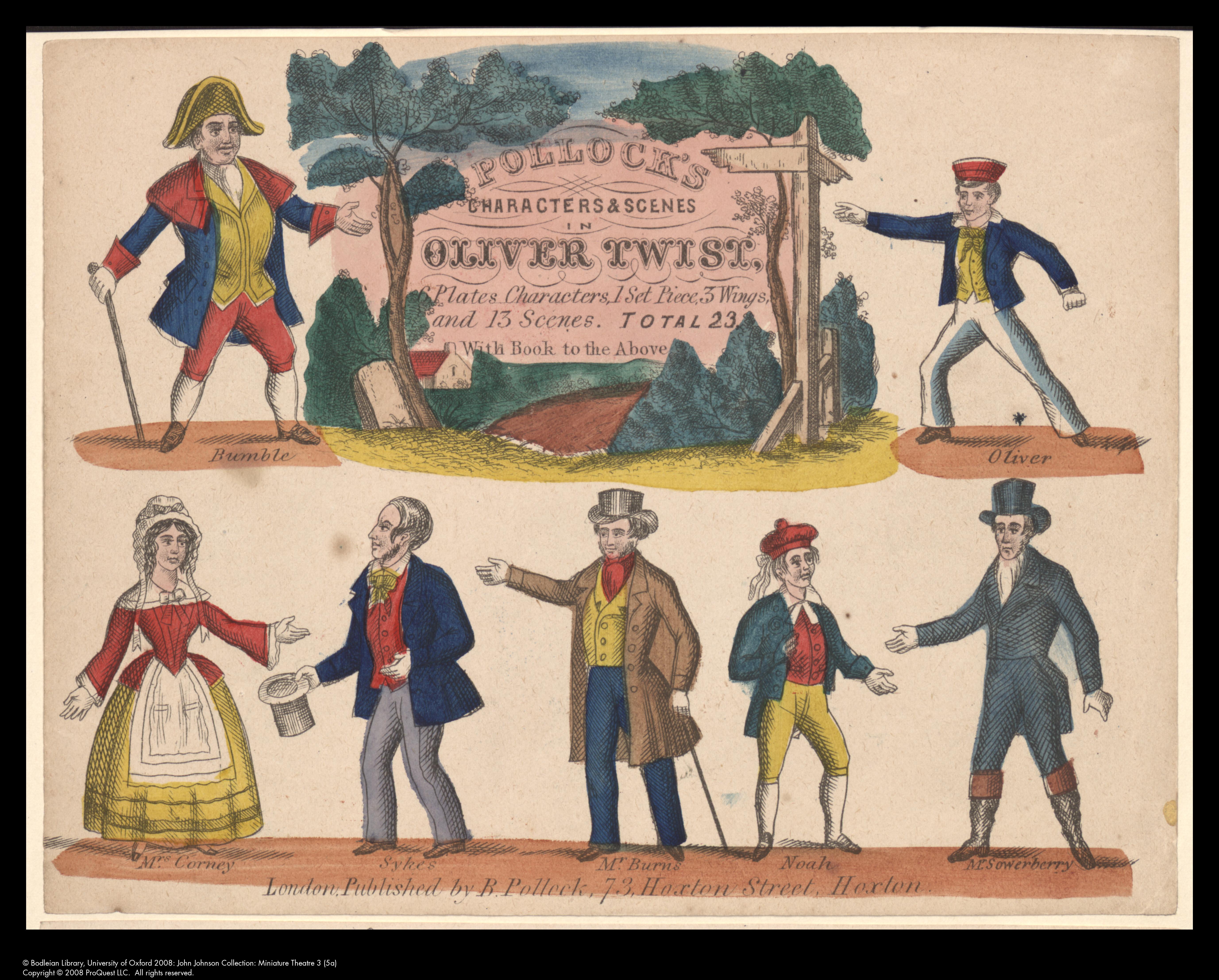 2012 is a wonderful year for topical ephemera: two days ago there was the anniverary of the Queen’s accession, for which I tweeted one of my favourite advertising images from the Diamond Jubilee of Queen Victoria: ask for Golfer Oats.

Yesterday, was Dickens’ bicentenary and I put up a new image gallery on the Johnson website. The Bodleian exhibition Dickens and his world, which will include many ephemera, runs from June 2 to October 27.

Next week, the focus will be on Valentines, with extra impetus from the Ask Archivists initiative, (Twitter #loveheritage).    Then more for the Jubilee and the Olympics. Watch this space!