Have you heard of Quakers, or the Religious Society of Friends (maybe in the context of Quaker Oats or funny hats?) Did you know that there are over 20,000 Quakers and nearly 500 Meeting Houses the  UK, including one in Oxford at 43 St Giles? Are you wondering what this has to do with law? 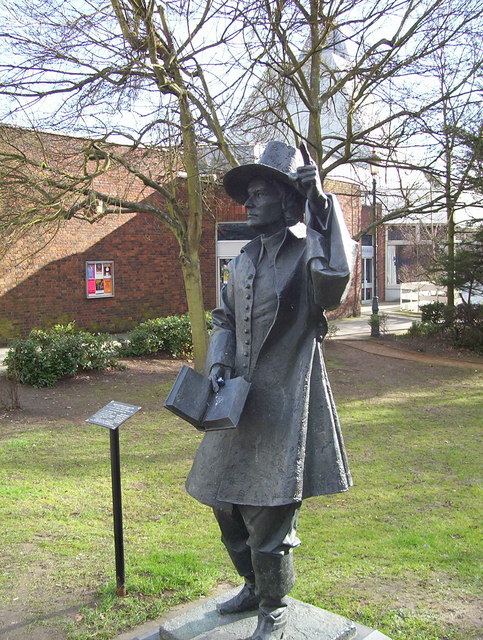 Don’t worry, the Law Bod Blog is not here to evangelise. Instead, this post is going to be looking at two ways in which Quakers have been recognised in English legal history: swearing oaths and marriage, from the 17th-century to the present day.

An oath is like a formal version of a promise – in saying certain words, you guarantee that you are speaking the truth. Quakers claimed always to speak the truth, so they took issue with swearing oaths, seeing them as creating a double standard of truthfulness. If you need to swear an oath to guarantee you are telling the truth, then you can’t really feel that you must tell the truth the rest of the time. In the 17th-century, many Quakers were fined for refusing to swear the oath of allegiance to the new king, Charles II.

Can you think of a situation where you might have to swear an oath today, perhaps using the words ‘the truth, the whole truth and nothing but the truth’? Nowadays, one of the only times you may be asked to swear an oath is in court, when giving testimony as a witness. This also caused problems for Quakers: for example, in 1678 William Brayn was accused of stealing a horse from a Quaker, Ambros Galloway.  Brayn pleaded not guilty, and several witnesses were heard, but Ambros himself, “being a Quaker, would not, for Conscience-sake, as he said, swear, and so could give no testimony about his losing him.” The court directed the jury to find Brayn not guilty for want of evidence, but “committed the Quaker, as a concealer of Felony, for refusing an Oath to Witness for the King.” so instead, Ambros Galloway was punished!

However, in 1695, an act entitled An Act that the Solemne Affirmation & Declaration of the People called Quakers shall be accepted instead of an Oath in the usual Forme (7 & 8 William III, c. 34, vol. 7 of Statutes of the Realm) was passed, allowing Quakers to refuse to swear an oath and instead affirm that they were telling the truth instead. It decreed just saying:

I A.B. do declare in the Presence of Almighty God the Witnesse of the Truth of what I say.

To have the Effect of an Oath.

The equivalent of this act which is now in practice is the Oaths Act of 1978, which you can find at legislation.gov.uk. It doesn’t mention Quakers explicitly anymore, but still explains that affirmations are as good as oaths:

(1)  Any person who objects to being sworn shall be permitted to make his solemn affirmation instead of taking an oath.

(3) A person who may be permitted under subsection (2) above to make his solemn affirmation may also be required to do so.

(4)  A solemn affirmation shall be of the same force and effect as an oath.

Nowadays, any Quaker can object to swearing an oath, and instead give an affirmation that they will tell the truth. So there would be no problem for Mr Brayn giving testimony these days.

Another interesting connection between Quakers and the law is the question of marriage. It wasn’t until Maria Miller MP’s recent discussion of same-sex marriage that I got interested in who is allowed to carry out marriages and what kind. That would be a whole blog post of its own (and I think a very interesting one), but in doing a little bit of research I came across discoveries about Quakers.

Quaker marriage was first explicitly mentioned and permitted in the Marriage Act of 1753, although Quakers had performed marriages before that, and there was controversy over whether these marriages were valid and entitled couples to all the same rights as an Anglican marriage. The act can be found in Statutes at Large: from Magna Charta to 1869, which is available in a digitized copy (volume 21). The title is An Act for the Better Preventing of Clandestine Marriage (26 George II c. 33)  and it laid down compulsory rules on how one could be married, so that couples had to publish marriage banns, it had to be done in front of witnesses, and generally all the paraphernalia that we are used to now. These rules already existed before that in canon law, the last of the Church of England, and marriages had to comply with them in order to be ‘regular’, but irregular or clandestine marriages, like those of Quakers, still existed. How much of a difference the act made is a thorny subject, and a good book on it is Marriage Law and Practice in the Long Eighteenth Century: A Reassessment, by Rebecca Probert. The last but one paragraph of the act (p. 18) reads:

Provided likewise, That nothing in this act contained shall extend to that part of Great Britain called Scotland, nor to any marriages amongst the people called Quakers, or amongst the persons professing the Jewish religion, where both the parties to any such marriage shall be of the people called Quakers, or persons professing the Jewish religion respectively, nor to any marriages solemnized beyond the seas.

Interestingly, the 17th paragraph guarantees that the act does not apply to royal marriages, and if you want to know more about that subject, you might like our very recently acquired book: The rights & wrongs of royal marriage: how the law has led to heartbreak, farce and confusion, and why it must be changed (Shelfmark KM112.1.PRO 2011)

At any rate, this exception for Quakers to marry continued in revisions to the Marriage Act right up until 1949, and is still part of the current legislation. It reads:

26 Marriages which may be solemnized on authority of superintendent registrar’s certificate.

(1)  Subject to the provisions of this Part of this Act, the following marriages may be solemnized on the authority of two certificates of a superintendent registrar—

(c)  a marriage according to the usages of the Society of Friends (commonly called Quakers); 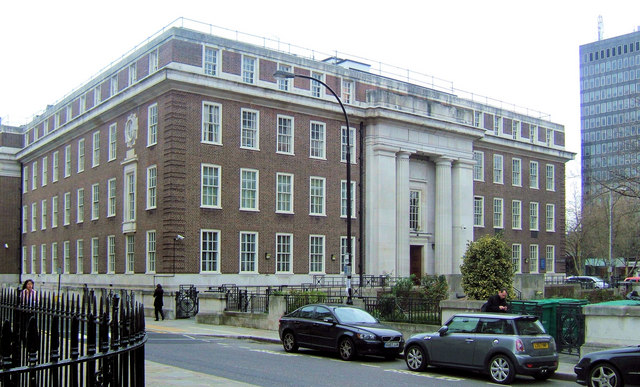 Quakers have welcomed continuing legislation allowing same-sex couples to get religious recognition. In September 2012 the first civil partnership was performed at Friends House (the headquarters of Quakerism in the UK). The government earlier this year provided a consultation for England and Wales, and has recently created a similar one for Scotland asking people about their views for same-sex marriage. The Religious Society of Friends has responded to both of these explaining that they would like to be able to perform same-sex marriages at Meeting Houses in the same way as they perform heterosexual marriages. You can read their whole responses here. Quakers, along with Unitarians, are expect to choose to ‘opt-in’ according to the government’s proposed legislation, and be able to perform same-sex marriages in the future.

For statutes before 1714, the most authoritative source is the Statutes of the Realm. Oxford University members can get a digitized copy online from The Making of the Modern World. The Law Bod has print copies, but they are kept in locked cases as they are huge and old. The Marriage Act of 1753 can be found in Statutes at Large, from Magna Charta to … 1869 … The law library has a complete set of the first 28 volumes, at Cw UK 020 P595, and most of them were digitised by Google so are available online from the same link (be warned, the PDF documents are very large!). An 8-volume edition is also available from Eighteenth-century collections online to Oxford University members. The way statutes are referred to is the form I’ve used above, for example 26 Charles II c. 4 means the 4th statute (or chapter) of the 26th year of Charles II’s reign. This is how they are listed in Statutes at Large and Statutes of the Realm, and there is a table of statutes at the beginning of each volume. The pages also have the year at the top, which can be helpful. Also, Local and Private acts are listed after Public ones, so if what appears to be the correct number doesn’t look like what you want, check that you’re not looking at those by mistake.

The case of the stolen horse was from the Proceedings of the Old Bailey website, which has lots of interesting legal history sources.

Recent legislation can be found at www.legislation.gov.uk, which is a good place to go for original versions of legislation, and can be accessed for free by anyone. However, it can take a while to show amendments and consolidations, so Oxford University members should check on Westlaw, Lexis or Justis for the most up to date versions (Westlaw has both the current acts mentioned in this post).

One thought on “Quakers and the Law”