With Mothering Sunday this weekend, I thought it would be nice to take a quick walk through some of the traditional gifts for the day. Sadly I couldn’t find any legal references to Simnel Cake, though I’d had hopes for IP-related possibilities . Still, as Sping is allegedly here, we’ll take a look instead at wild flowers, a traditional gift for mothers on this day.

So, what would the position be if you were out walking and decided to pick a bunch of flowers as a present? A quick look at the ‘Wild Plants’ section of the Open Spaces and Countryside volume of Halsbury’s Laws (Volume 78, 5th ed., also available on LexisLibrary) points us in the right direction: the Wildlife and Countryside Act 1981. According to Section 13, Protection of Wild Plants:

If you take a quick look at the section on legislation.gov.uk (or your preferred subscription database showing amended legislation) you will notice that there are two different versions of the legislation available, applying to different geographic extents. The situation has arisen with devolution as the Welsh Assembly and Scottish Parliament amend, repeal or keep legislation originally passed as UK legislation in Westminster.

In this instance, the Nature Conservation (Scotland) Act 2004 has added some amendments to the section. Different databases indicate this differently. Both legislation.gov.uk and Westlaw have multiple texts showing the different versions; in Westlaw you can also switch to a ‘previous’ version before the texts diverged. Lexis marks up a single version of the text, which in this case makes it clear that the Scottish amendments have simply added some words to the continuing England & Wales version – but it’s fair to say this display method can get very confusing for a more complex set of amendments, and you’ll need to read the notes at the end of the section for clarity! And after that short detour, entirely suitable for a walk…

…back to our wild flowers. Having looked at Section 13, you’ll see that not all wild flowers are included in the ban on picking, only those in Schedule 8. If you’re not clear on the difference between picking and uprooting it might be worth checking section 27 (the section also clarifies

that a ‘wild plant’ is one which is growing wild, rather than one which has lost its temper). So, on to Schedule 8, which gives the scientific names of the protected species. The modern system of scientific naming which allows this confident identification began in the seventeenth century, and you can see a Bodleian library’s introduction to the history of the scheme here. Just to help most of us out, the common name of the flowers is also given in the Schedule, but as the note makes clear “The common name or names given in the first column of this Schedule are included by way of guidance only; in the event of any dispute or proceedings, the common name or names shall not be taken into account.” Although if, like me, you’re still not sure you would recognise Whorled Solomon’s-Seal, Martin’s Ramping Fumitory or any of the other plants listed here a quick look on SOLO will find you several reference guides in the Radcliffe Science Library, Sherardian Library and Bodleian Stacks which can be consulted. The good news is that since these are rare and protected plants, most wild flowers you come across should be fine to pick (though not uproot – 13 1(b)). Do be careful on your walk though; case law suggests that if you should fall over a cliff because you get too near the edge while picking your flowers your insurance provider won’t have to pay out (Walker v Railway Passengers Assurance Co (1910) 129 LT Jo 64, CA.)! 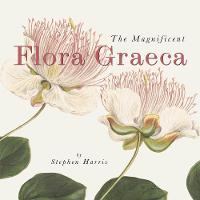 And finally, something of a stretch, but too good to leave out – if looking at all those reference books to identify your flowers has given you a taste for botanic illustrations, you might enjoy ‘flicking through’ Oxford’s copy of the gorgeous Flora Graeca . Sadly, this volume of Greek flowers won’t help you on your walk through the British countryside, but the Bodleian shop does sell a much-illustrated story of the Flora Graeca – perhaps an alternative gift for Mother’s Day?

2 thoughts on “Flowers for Mothers’ Day”