May morning in Oxford is a well known cultural event, but the word Mayday repeated three times is an international distress signal which is enforced by a variety of legal instruments. 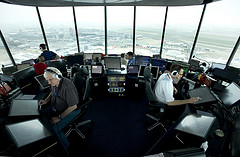 of the National Maritime Museum Cornwall, the call sign was devised by a senior radio officer at Croydon airport in 1923, who chose it because much of their traffic was to and from France. “M’aidez” in French means “help me”. Frederick Stanley Mockford, the officer credited with the idea, is buried in East Sussex, where his grave stone commemorates his achievements.

Members of the University of Oxford can (with special username and password obtainable via Weblearn site) login to iLaw, which includes a variety of maritime and commercial law sources. A quick search for Mayday within them returns 30 hits including II.3.250 (COLREG 1972) Convention on the International Convention for Preventing Collisions at Sea, 1972, as amended and Shipping Law Handbook which 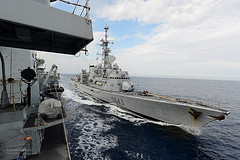 Print versions of the legislation can be consulted at the Bodleian Law Library, as can the COLREGS which are to be found on the ground floor in Official Papers at O.IMO/2004(1) (click here for the catalogue record), alternatively much is freely available on the internet. The COLREGS are available from the Centre for Marine Technology and Engineering in Lisbon here (you may need to right click and save to your computer first), and the UK legislation is available from the UK government: the Merchant Shipping Act 1995 is here, (though note that this site does not promise a completely up-to-the-minute amended version), SI 1996/75 is here, SI 2007/734 is here and SI 2013/2870 is here. The United States procedure for receipt and acknowledgement of distress alerts is freely available from the Legal Information Institute and can be found here.