This may be unwise, seeing as the Law Bod is open as usual and many of our hardworking staff and students won’t be taking the day off, but today’s post is on the topic of bank holidays.

A Brief History of Bank Holidays in the UK

The first official UK bank holidays were established with the introduction of the Bank Holidays Act 1871, which set out the following dates:

Ireland: As above, but with the substitution of Boxing Day for St Stephen’s Day.

On these holidays, the banks would close (as still occurs) and the general idea was that no payments or official business could be carried out.

A century later came the Banking and Financial Dealings Act 1971, which is the legislation that still governs today’s bank holidays. The Act moved the August holiday from the first Monday of the month to the last, and exchanged Whit Monday for the last Monday in May. 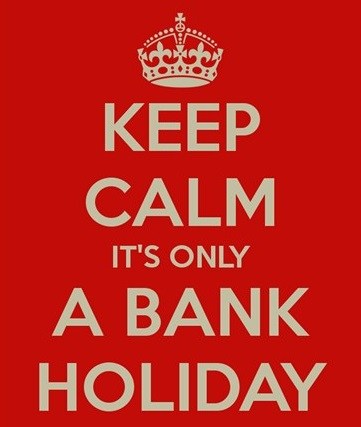 What’s the Difference between Bank and Public Holidays?

You may have noticed that Christmas Day and Good Friday were not included in the list of bank holidays for England, Wales and Ireland. This is because, technically speaking, these days are actually public holidays. Although the two terms are often used interchangeably, there is a slight difference: while bank holidays have been introduced by law, public (or “common law”) holidays are dates that have traditionally always been observed through custom. The Scottish system is rather more complicated, as it’s public holidays vary from region to region…but that’s a story for another blog post! (Although, for those who would like to know more, there is a useful guide on the Scottish Government Website.)

Alongside the statutory holidays set out in the Banking and Financial Dealings Act 1971, additional bank holidays can be created by Royal Proclamation: it was in this way that both New Year’s Day and the first Monday in May became bank holidays in 1974 and 1978 respectively. The same system can also be used to establish one-off holidays to mark special occasions, such as the four-day weekends that were created in celebration of the Queen’s Golden Jubilee (2002), Diamond Jubilee (2012), and the marriage of Prince William to Catherine Middleton in 2011.

When a scheduled bank holiday falls on a Saturday or Sunday, the UK employs a substitute system whereby the holiday is moved to the next working day. Next year, for example, the 26th December will be a Saturday, so Boxing Day will be moved to Monday 28th December instead. In most other European countries this practice does not apply, and bank holidays that occur on weekends are simply ‘lost.’

Entitlement to Time Off

Contrary to popular belief, there is no automatic right to leave – either paid or unpaid – on bank holidays in the UK. There is a helpful summary of the way in which bank holidays affect the statutory leave allowance on the Citizen’s Advice Bureau website.

If you do get time off for bank holidays and are already looking forward to the next one in August, you can always rely on the Bodleian Libraries for inspiration! What the British do on a Bank Holiday, a 2008 report by Mintel International Group, can be found at the main Bod at the shelfmark M08.C02762. Oxford University members can view the Solo record here. (If you aren’t signed in already, you will need your Single Sign-On username and password to do this.)

Today isn’t all about the bank holiday, though! In many parts of Mexiso and the United States, people will be celebrating Cinco de Mayo – a festival that stems from the victory of the Mexican army over the French at the Battle of Puebla on the same date in 1862.

So if you are taking a break from study or work today to enjoy the bank holiday, remember to add a Mexican twist to mark the occasion. if you’re a member of Kellogg College, you can even attend a Cinco de Mayo themed lunch tomorrow… 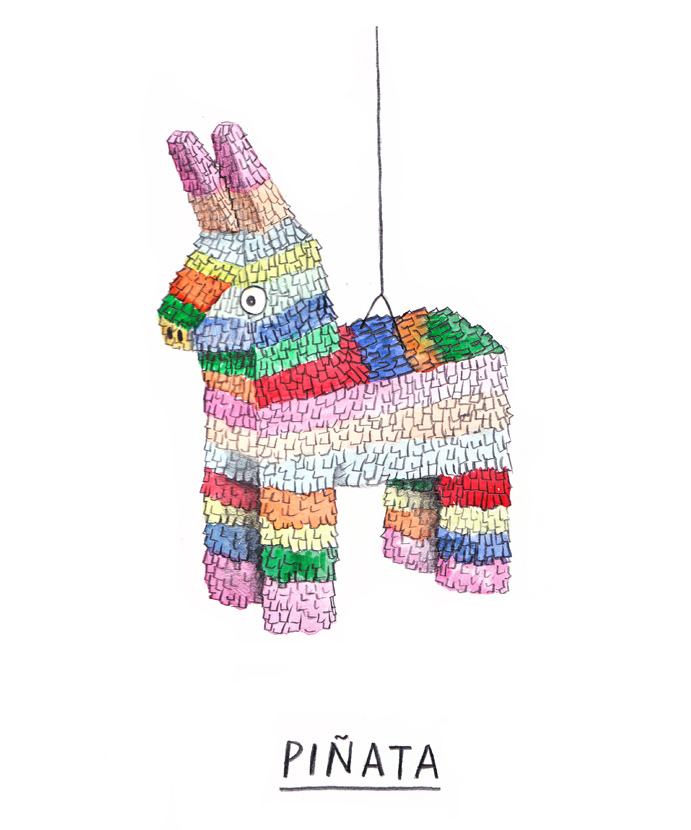 If you’ll be spending the day in the library instead and happen to be interested in Mexican law, a small collection of printed materials relating to the subject can be found on Floor 1 of the Law Library, opposite the European Documentation Centre. It may also be useful to take a look at our LibGuides on Mexico and Latin America.

Whatever you’re doing this bank holiday Monday, we hope it’s fun – or at least productive!