That is my hope any way! The film is Belle which will draw the viewer’s attention to the interesting household of a former Lord Chief Justice. Here is a still of Lord Mansfield, as played by Tom Wilkinson (“spot the location” addicts should find the background worth a second look too!) followed by a contemporary portrait of the man himself 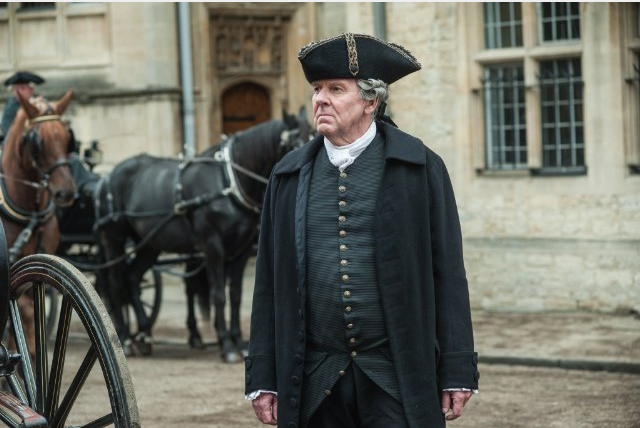 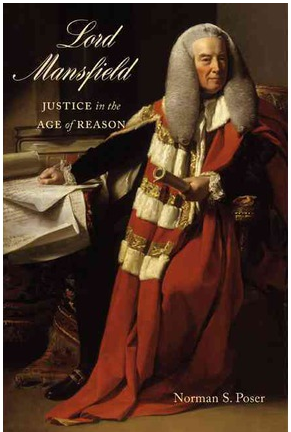 courtesy of the cover of a recent biography (2013, published by McGill-Queen’s University Press) which is available in both the Law Bod and the Lower Gladstone Link. (The Law Bod’s copy is shelved in the KB legal biography section – alongside earlier works about Mansfield.)
The young David Murray had left Scotland (aged 14) to finish his education in England (Westminster School & Christ Church) before rising to prominence in various London circles: including legal (Lincoln’s Inn), political (Solicitor-General, Attorney-General) and judicial (LCJKB) circles. The first Earl of Mansfield (as he had become) was buried in Westminster Abbey – and it appears that it was solely the idea (and money) of a contemporary admirer that his tomb should be as flamboyant as it is! (Holders of an Oxford Single Sign On can read an overview of his life courtesy of the Oxford Dictionary of National Biography.)

“Much can be made of a Scot, if caught young”  as the naughty Samuel Johnson would have it – but the same Sam also acknowledged that Mansfield was more than a mere lawyer … unlike Sir Edward Coke! The film – in view of its subject ( Stuart Jeffries article in The Guardian  reproduces the intriguing painting which kept Dido Elizabeth Belle presence alive through the centuries) – will doubtless (when it comes to legal history) put its emphasis on Mansfield’s role in a key case in the attitudes to, and eventual abolition of, slavery – commonly known as Somerset’s case (Howell’s State Trials v.20, cols. 1-6, 79-82 made available by The National Archives as part of exhibition The Black Presence: Asian and Black History in Britain 1500-1850  )

But Mansfield was more than a one case judge – he was, after all, Chief Justice for over 30 years! Indeed James Oldham’s books – available in the Law Bod’s Legal History section – reflect his importance in their very titles English common law in the age of Mansfield (holders of an Oxford Single Sign On can read this online until 11 August 2015) and  The Mansfield manuscripts and the growth of English law in the eighteenth century The Law Bod also has a 2 volume work of 1803 called A general view of the decisions of Lord Mansfield in civil causes printed in 1803 which I fear may have been slumbering undisturbed by readers for some years now!

Although my dream is that the film will attract the curious and the dedicated researcher to consider eighteenth century law and the resources of the Law Bod, even I have to admit that the likely winner will be  Kenwood House.   Mansfield’s country residence (just re-opened after a lot of work by English Heritage), is already one of the well-loved green spaces, architectural gems and (thanks to a later owner) astonishing art gallery of greater London!And English Heritage does much to raise Mansfield’s memory. Included in the educational material available online is an example of letter re maritime law (dated 1786, the original is in Lincoln’s Inn) from Lord Mansfield which concludes with the line “This is wrote by Dido I hope you will be able to read it.”  I wonder if the judge gave Dido any explanation about the content – or just had to help her with the spelling?
Those who like a bit of glamour should note that Kenwood is also hosting a free Costumes from the film exhibition