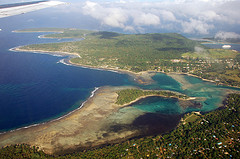 July 30th marks the 34th anniversary of the date Vanuatu ceased to be under the control of the British and French. Events and parties are in full swing across the country. International leaders have sent their best wishes; you can read the press release from the US here,the reflections of the Vanuatu Prime Minister and greetings from China here and congratulations from the King of Bahrain here. If you’re a member of the University of Oxford you can use your Single Sign On to search Nexis for worldwide news by clicking the + next to Add Index Terms and typing Vanuatu in the search box. 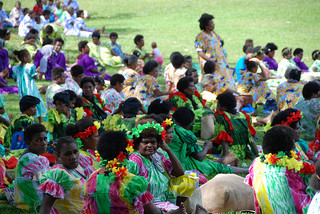 The Bodleian Law Library has a small Vanuatu collection in print, however some important materials can be found within. Some official papers from the 1980s and the earlier British Laws of the New Hebrides are on floor 1 under the shelfmark Vanuatu. The Official Papers collection on floor 0 includes a presentation to the UN by the Vanuatu government in 2001 describing their programme for developing the country. You can find the catalogue record here. Also on that floor is a book published in 2012 about social policy in Vanuatu and the Solomon Islands. The catalogue record is here. The Constitution of the Republic of Vanuatu dated 30 July 1980 is to be found within the last volume of the looseleaf encyclopaedia Constitutions of the Countries of the World, together with the First, Second and Third Amendment Acts dated 1980, 1981 and 1983 respectively. The catalogue record is here. 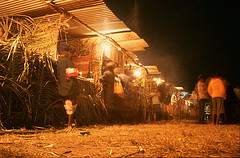 There is freely available online material from the Parliament of Vanuatu via their official website including current legislation and a live webcam. Many more documents including case law and consolidated legislation in English and French can be found from PacLII. Legislation is also available from Lexadin. Government information and publications are available from their official website including some speeches, statistics and information about individual departments.

Finally, if the beautiful photographs have intrigued you, the Vanuatu Tourism Office website is here!