The Cape Town Convention (CTC) is the usual shorthand for the Convention on International Interests in Mobile Equipment (2307 U.N.T.S. 285.) and its object specific protocols: aircraft objects (2001),  rail rolling stock (2007), or space assets (2012)). If you would like an overview of the context of this convention,  Sir Roy Goode‘s article The Cape Town Convention on International Interests in Mobile Equipment: a Driving Force for International Asset-Based Financing  is made available on the UNIDROIT site. (This article was originally published in [2002] Revue de droit uniforme = Uniform Law Review 1-15.)

In 2011,  the law faculties at Oxford University and the University of Washington started up the CTC Academic Project, “to facilitate the academic study and assessment of the Cape Town Convention with a view towards enhancing the understanding and effective implementation of the treaty and advancing its aims.”   The project’s aims include making a digitalized and searchable database of comprehensive documents and materials available online, together with a journal for commentary, supporting conferences, and teaching materials. They have the full cooperation of UNIDROIT to achieve the database and the journal. In fact, the first issue of the Cape Town Convention Journal appeared in 2012, and the third is in the pipeline. The published issues are available free online, with Hart Publishing handling orders for subscriptions to and/or purchases of the printed version.

The CTC Academic Project’s – 3rd Conference has also been announced. It will run  Tuesday 9 September to Wednesday 10 September 2014, the venue The Cube, in the Oxford Law Faculty, just down the stairs from the Law Library. “The Agenda is listed; and we are proud to note that along with Kyle Brown and Penny Hazelton, of the University of Washington,  Ruth Bird (the Bodleian Law Librarian) will be contributing under the topic “CTC and International Research and Information Systems.” Further details can be got by emailing ctcconference@law.ox.ac.uk . The Oxford Academic leaders are Professors Gullifer and Goode. 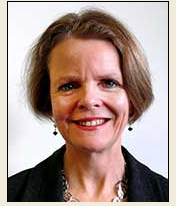 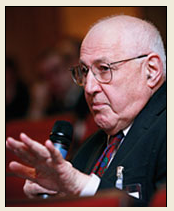 The Academic Project (and of course the Convention) has many well wishers and backers: financial and otherwise! In the context of the Law Bod blog, we trust we will be forgiven for naming ICAO first – because the Bodleian Library has been a depository library for this specialised agency of the UN since its creation in 1947!

And since the Bodleian Official Papers  have moved to the St Cross Building, these riches are available to holders of a Bodleian Reader Card on Floor 0 of the Law Library. (My Official Paper colleagues say they have a substantial collection of the Provisional International Civil Aviation Organisation (PICAO) which was in operation from August 1945 to April 1947 for historians.)

and Intergovernmental Organisation for International Carriage by Rail . 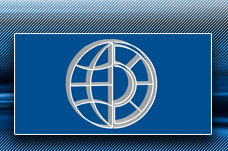