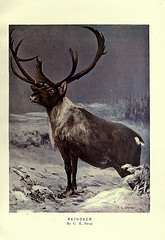 Provided you don’t cause a nuisance to your neighbours, you comply with health and welfare legislation, and you are not restricted by local bylaws (ask your council) or covenants in your house deeds or tenancy agreement, there is no national legal reason why you cannot, however reindeer are sensitive animals and the idea is controversial.

The Animal & Plant Health Agency and the Veterinary Deer Society have published statistics on the health and welfare of reindeer in the UK. You can read the APHA version here and the VDS version here. According to this research, no-one knows how many reindeer live in the UK since they are not required to be registered on any official database, however there are estimated to be around 1500. The report explains that the breed falls outside of the remit of the Farm Animal Welfare Council (the body that advises the Department for Environment, Food and Rural Affairs) because they are not technically farmed in this country, however they are protected by the Animal Welfare Act 2006 and the Animal Health and Welfare (Scotland) Act 2006 as animals “under the control of man on a permanent or temporary basis” as well as legislation relating to animal transport and potentially zoological collections. You can search for legislation freely at http://www.legislation.gov.uk/ or if you are a member of the University of Oxford with a Single Sign On for remote access, there are a variety of subscription databases linking legislation, case law and commentary. You can find out what’s available on our website.

The FAWC opinion on the welfare of farmed and park deer expresses concern about the legal status of reindeer, stating “we strongly suggest their welfare should be considered 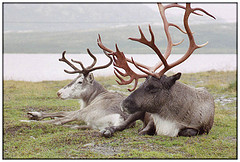 further by the Government as they are particularly likely to be kept by inexperienced owners for commercial reasons.” Britain’s only herd of reindeer were reintroduced to the Cairngorms in 1952 under the care of a Swedish reindeer herder. Reindeer like to live in herds in their natural environment, so unless you happen to be in possession of a large estate with a cold climate, you are probably out of luck. In an interview the manager of the Cairngorm Reindeer Centre explained “The domestication of reindeer is very different to horses and cows: you can’t take them out of their natural habitat. The climate is too warm and there are other reasons, from the wrong diet to basic psychology. If you keep them in captivity, they’ll give up the will to live.” 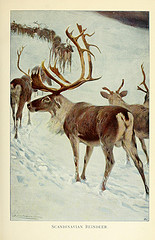 If having read this, you’ve realised that you are in fact the owner of the perfect reindeer habitat, there is plenty of information available. Government advice on health and welfare, regulations and links to legislation and useful organizations can be found on the Defra website. The British Deer Farms and Parks Association have lots of useful facts and figures, however they are rather geared towards eating your deer; not really in keeping with the word “pet”, which you can look up in the Oxford English Dictionary here if you are a member of the University of Oxford with a Single Sign On for remote access. For the rest of us, here is a link to a BBC clip of Johnny Kingdom appreciating wild reindeer in Lapland.